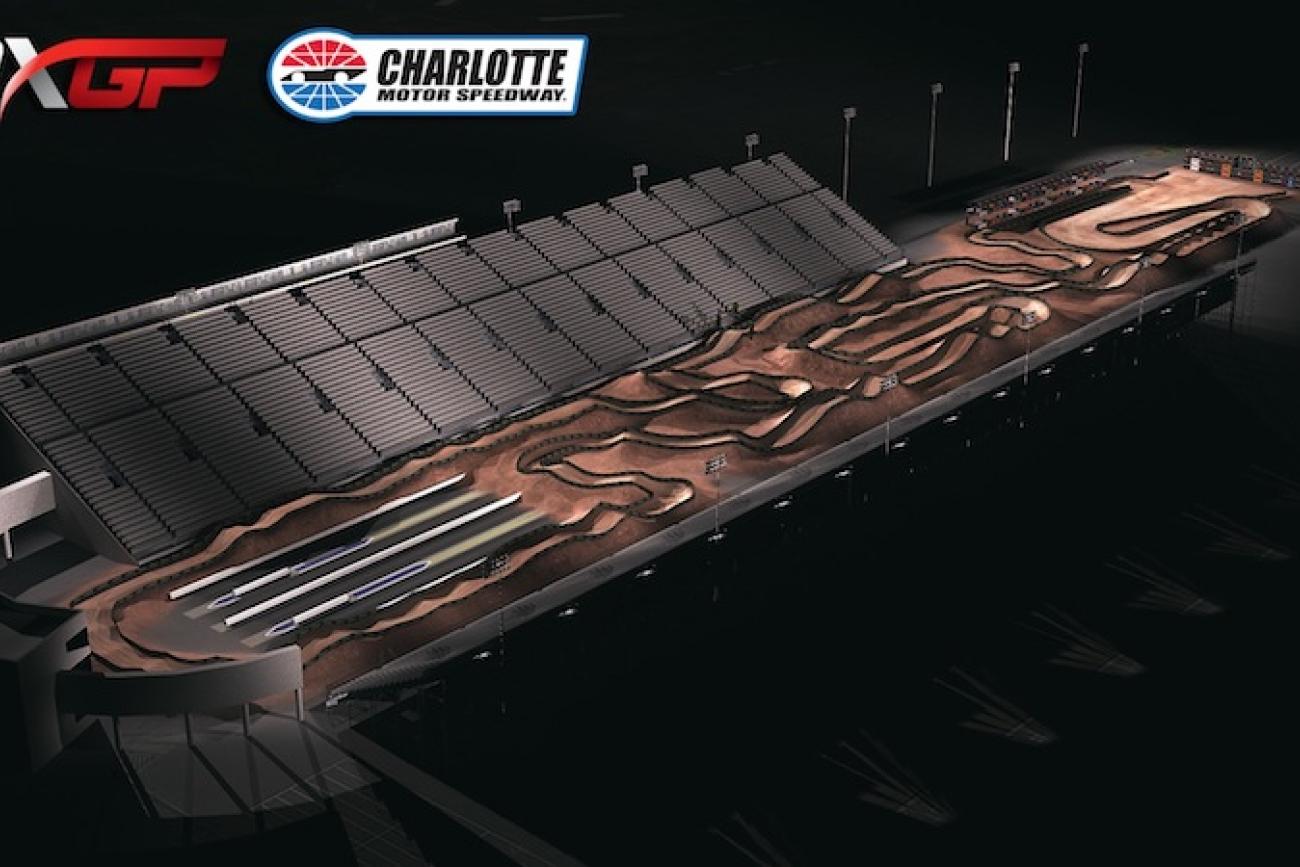 Sixteen-time NHRA Champion John Force took command of the pressroom at zMax Dragway on Tuesday night. Force cuts promos better than anyone this side of Ric Flair. Along with driver Antron Brown and new Fox Sports 1 drag racing analyst Tony Pendregon, this press conference went from out-of-the-box to off-the-rails. Brown, who is African-American, made fun of Force’s car blowing up, saying, “You catch on fire one more time and you’ll be darker than me.” Force said Pendregon can help them corner the Latino market, to which Pendregon replied, “Yes, looking for a sponsorship from El Chapo.” Then Force said his daughter, who also races, was en route to a championship, which would have made his wife so happy that he was finally going to be allowed back into the bedroom, until Brown took her out. Took her out in a race, apparently. Like, eliminated her in a drag race, not took her out on a date. Then some jokes were made about Brown dating Force’s daughter, and the whole thing just turned crazy and hilarious.

The point? Fox Sports will take over NHRA drag racing TV coverage for 2016 and they want the world to know the shows will focus on the personalities of the drivers. There will be out-of-the-box ideas, new thinking, and ways to make drag racing accepted by a larger audience. They already made a big step just by holding the press conference. This week was NASCAR’s media week in Charlotte, so several hundred motorsports media writers were in town, and they were bused over to zMAX Dragway to hear the announcement.

But wait, there’s more! Along this road of innovation zMAX Dragway, which is the first drag strip to offer up four lanes, for “four-wide” racing, will also be hosting something in the motocross world. Then came a video of MXGP highlights—with plenty of Monster Girl shots thrown in—and I have to say, over a full week of NASCAR and NHRA stuff, only motocross went with the hot girls angle. They also had Jeremy McGrath on hand. Getting all that NASCAR media to think about dirt bikes is a good thing, and the reporters seemed impressed by the idea of holding a motocross race on the drag strip.

Specialty-built motocross tracks have a checkered history of success, as do USGPs. Can this work? Here are the three big questions that will be answered when the race takes place on Saturday night, September 3.

I think it can be, but while fans have obviously warmed to supercross, the man-made motocross tracks don’t always sit well. There have been attempts to re-invent the motocross wheel before, Davey Coombs outlined them here. Some have been successful and some not.

There was also once an AMA Supercross at a drag strip, in 2000 at Route 66 raceway in Joliet, Illinois. It was one and done, and the track didn’t look very cool. There’s potential for this to work. Since zMAX is “four wide” it’s double the width of a regular drag strip, so there’s a good amount of room. The first Red Bull Straight Rhythm in 2014 took place at a drag strip, but at least this one will have room for turns! It will take a lot of dirt to get this right though, because series organizers Youthstream say this track will be a mile in length. They’re talking, I think, 30,000 cubic yards of dirt, which is three times the amount Red Bull used for Straight Rhythm in 2014.

Youthstream boss Giuseppe Luongo was on hand to talk about these man-made tracks. He says it was a tough sell on traditional fans back when they first tried it (several GPs have been held on man-made motocross tracks atop road racing facilities), but that the motocross fan base is aging and they need new, young fans to come and give it a look. Lately the teams and riders have warmed to this idea, because it seems to be bringing in new fans, at least at the race in Assen, Holland.

He also noted this will have a different feel than a supercross race. “The speed will be higher than supercross, the fans like to see the speed,” he explained. “We will not have whoops like a supercross, either, but we will have a waves section.” A look at the track map shows the layout to be supercross-like at first, but the corners and obstacles seem faster and more rounded. For what it’s worth, that GP as Assen last year looked good, but it was all sand, and it was held during the day.

We know the facility works. The drag racing track offers real stands and amenities, it’s 20 minutes from downtown Charlotte, and I believe every restaurant and hotel chain in America has set up an outpost nearby, because Charlotte Motor Speedway (The NASCAR track) is next door. This is also a night race, with Friday night qualifying races (GPs use a two-day format) and Saturday night motos. Why? The drag strip has lights already. Why not use them? But it does add to the confusion of this being Monster Energy MXGP, not Monster Energy Supercross.

But we know what a dirt bike race with great amenities under the lights looks like—they’re holding one of those this weekend in Anaheim, for example. So, much of the success of this race hinges on the track being legit from a motocross perspective... And the old Charlotte SX? That track was legit, and Jeremy McGrath was actually racing them. It didn’t pull the fans it needed to survive.

2. Will American Riders Show Up?

This is the real test for any USGP. A few recent attempts at Glen Helen didn’t feature the top Americans, and the crowd was slim. There was a better group in 2015, with Jessy Nelson and Shane McElrath in MX2, and Josh Grant, Cooper Webb, Dean Wilson, Jason Anderson and more in MXGP. But that was Glen Helen, right up the road from the riders and teams. Who will race an event on the East, the week after the last National in Indiana, and then do another the next weekend at Glen Helen?

There’s one team with home cooking here, with Autotrader/Monster Energy Joe Gibbs Racing Yamaha finally getting a home race close to their Charlotte base. Coy Gibbs was actually the fire starter for this event. He says every time he goes to a NASCAR race, his buddies ask, “Why don’t they have a race in Charlotte?” After some time, the Charlotte Motor Speedway people started to get interested in doing something, so they came to Coy, and he introduced them to Eric Peronnard, the man who started the old U.S. Open Supercross in Las Vegas and EnduroCross, and helps runs X Games’ moto events, Straight Rhythm and several big Euro supercross races. JGR was pumped on this hometown race from the start, so they’re sending their riders.

Monster Energy is a big part of GPs, and head honchos like Dave Gowland and Mitch Covington were at the announcement. So expect some Monster riders to get pressure to go—last year Josh Grant was racing still as part of the Monster Energy Kawasaki team. Chris Alldredge raced MX2, also. But Justin Barcia is a Monster rider and didn’t race. Will Eli Tomac show up this year? That’s a huge line in the sand. Because now it’s not one USGP, but two, on opposite sides of the country, and neither pay prize money. Two weeks later it’s the Motocross of Nations—will top riders race line up and race for free for a month in September? Chad Reed says he will be there, but he’s already not racing the Nationals, so he won’t be coming off 12 rounds of Lucas Oil Pro Motocross, and Monster Energy will no doubt want him there too.

Loungo also said KTM and Husqvarna has committed their American riders. They did the same last year and the healthy ones did race Glen Helen, except for one: Ryan Dungey. He took the weekend off.

Ken Roczen’s team and sponsors don’t have a tie to this event, nor other Suzuki riders, or anyone on a Honda. So this comes down to Tomac and Dungey for star power. Will they go? Seems kind of hard to believe guys like Dungey and Tomac will be willing to add an extra race to their deal, or two if they do Glen Helen’s GP, or three if they do Motocross of Nations. Dungey will probably race Straight Rhythm, too. There’s also the Monster Energy Cup. The schedule is jammed these days, so I personally consider it a long shot for superstars like Dungey and Tomac to go, as proven by Dungey last year. But we’ll see. Racing for free through the month of September—usually everyone but Team USA’s “off” month—isn’t everyone’s cup of tea. Well, unless it’s Monster Energy tea…

This is the ultimate question. We asked Luongo if there is a long-term contract for this event, and he said basically they’re just going to try it, and they’ll know Sunday morning if it worked. If not, hey, at least they tried something different.

One difference between this race and, say, the Glen Helen USGP is the collective promotional might of Charlotte Motor Speedway/zMAX Dragway. They just slid the darned announcement in front of the NASCAR press so that was already a sign of what they can do. But there’s never been proof that promotion like that helps in this sport if you don’t get the big stars. Get Dungey and Tomac, and they might have a winner with the fans. Me? I just want more press conferences with John Force!