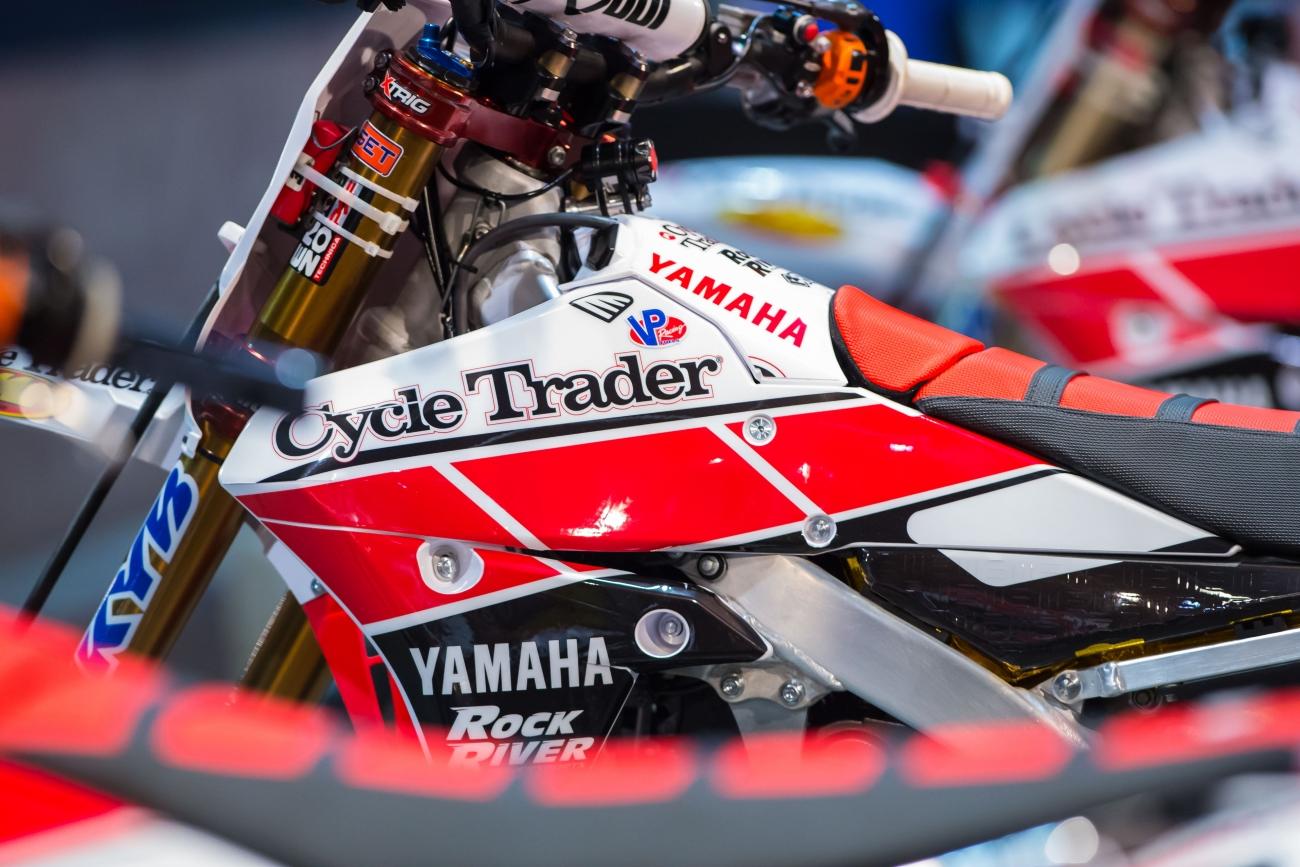 Riders aren’t the only ones who are busy getting ready for the first gate drop of 2016, and while they’re out pounding laps and testing parts, team managers are busy lining up everything from equipment and staffing, to pit shirts and sponsors. CycleTrader.com/Rock River Yamaha’s front woman, Christina Denney, has faced some unique challenges this year. We spoke with her to learn more about what team managers face during the off-season.

Racer X: Word is you’ve had an interesting off-season this year. What’s been going on?
Christina Denny: It’s definitely been different, in the sense that usually we have a pretty solid plan in place. This year was quite the opposite. Going into the Monster Energy Cup Kyle Partridge was our 450 rider, he was going to be our guy, but he got hurt shortly after and ended up retiring. Then Yamaha came to us and requested we consider putting Chad Reed on the team, so we didn’t pursue another 450 guy at that point.

Wow, Chad Reed! Before we get into that, what about Josh Hill retiring? Did that blindside you or did you see it coming?
I saw it coming. I knew in the hospital in Daytona he was going to be done. He didn’t think so at that point, but I just knew. I spent four days with him there, and I knew.

Back to Reed.
Yamaha saw an opportunity to put Chad in our truck, and we all agreed I would leave the spot open for him. This was shortly after the Monster Cup. As a team, we shifted into standby mode, waiting to see if Chad was indeed going to end up on the team. All branding, marketing, sponsors, everything was put on hold because a lot of it was contingent on whether he’d be there or not. Everything from pit shirts, graphics, the wrap on the semi, almost every detail was put on hold. Then in early December I got the call that Factory Yamaha was going to go racing with Chad. At that point we proceeded to move forward with looking for a 450 guy.

How hard is it to find a 450 guy who can make your sponsors happy that late in the game?
There were actually quite a few really good privateers available who I wanted to help, but finding a guy this late who was going to show some results and make everyone happy was difficult. We went with Tommy Hahn. I already knew him, and he’s going to be a very good team representative and a great mentor for our younger guys. I think he’ll get results too, but he brings much more than that.

Reed is the largest name CycleTrader.com/Rock River Yamaha has ever come close to signing. Was the process different than with other riders you’ve worked with?
Our team has the infrastructure to house a rider like Chad, and knowing Yamaha was going to be supplying all the equipment took a huge load off me. The majority of it was all on Yamaha. It was definitely more intimidating, but I knew we could handle it. We had everything set up and ready, we just never got the final green light. As far as Chad personally, he was awesome to deal with. He appreciated that we were working and doing everything we could to make it happen. He appreciated the effort.

You’ve dealt with some younger riders who were difficult, but here you’ve got a multi-time champ who’s awesome to deal with. Was that weird?
Chad’s been on both sides of the fence, which makes it a whole lot easier. He understands a manager’s perspective, and he was aware of everything I was doing and everything I had to hold off on. Nobody else would really understand it, and that made it a lot easier. As far as the younger guys, they don’t understand. Not that they’re selfish, it just hasn’t been their job and they don’t know everything that goes on. Even a lot of the top guys don’t even know everything that’s involved with putting a team together. It’s a lot more than meets the eye.

What if Yamaha came to you at the last second and said they needed Reed to be on the team?
As I told Chad in our last conversation, we’d make it work. We’d do whatever we could to put him on a Yamaha again.

Colt Nichols might surprise some people this year. What do you think?
I think so too. I really trusted the experience of Robbie Reynard in that decision. Robbie has worked with Colt for a long time, and this year Robbie is working with Renzland too. I felt like it was a good fit. I didn’t really know Colt before, but he’s a genuine and appreciative guy, and I think he’s a sleeper. We expect good things out of him.