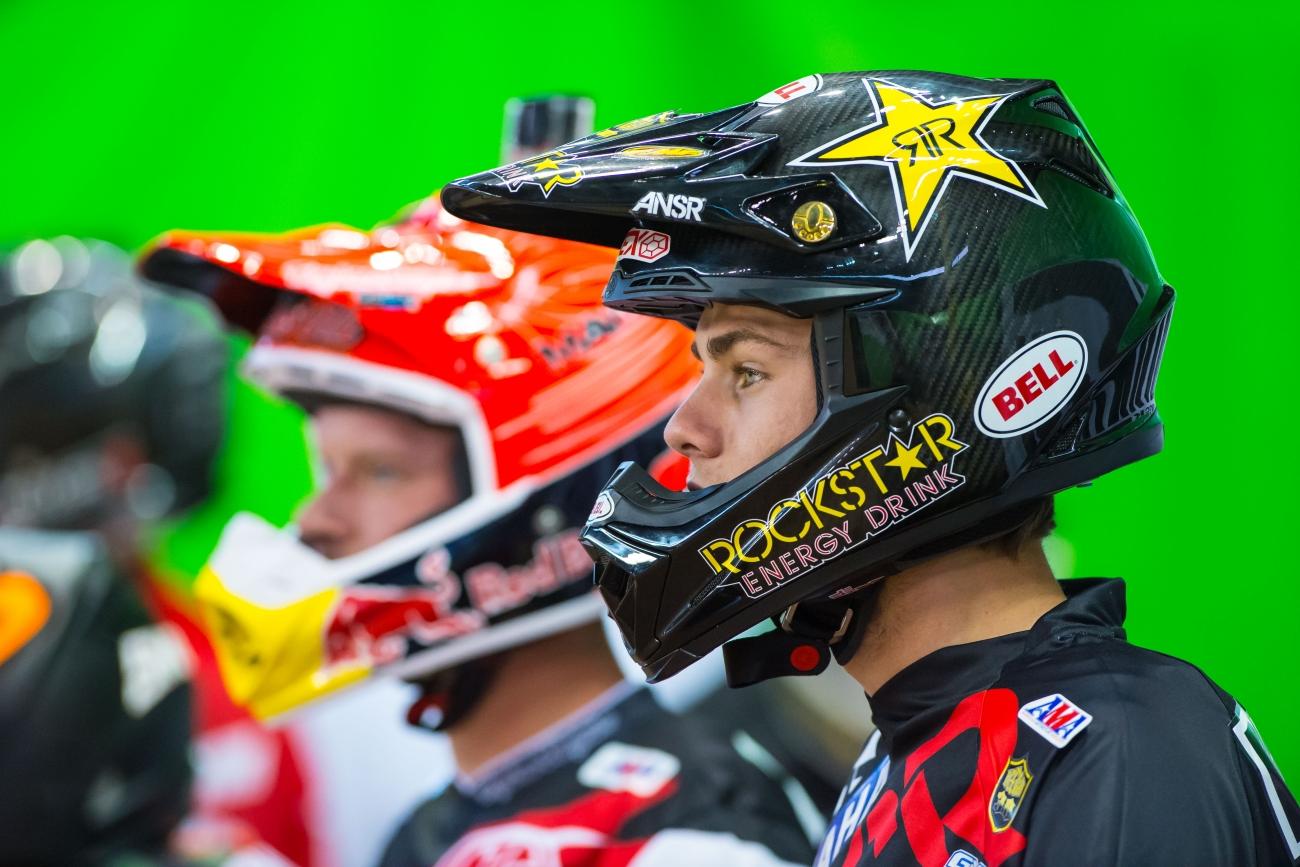 There are probably a hundred storylines to follow in Monster Energy AMA Supercross for 2016 (and we’re going to get to nearly all of them—you’ll see soon). Some stories are obvious; others are more subtle but could really blow up once the season is underway. That’s especially true in the 250SX class—at the moment we’re not even sure who is racing on which coast. We do know some riders that can make an impact, though. Here are four points to ponder.

We’re in an election cycle, and politicians like to throw around fuzzy math to make statements like, “I’ll cut taxes, increase spending and reduce the deficit.” Basically, you can use stats and numbers to prove anything, even if it doesn’t prove anything at all.

Well, it’s pretty obvious now that numbers weren’t just trying to fool us on Aaron Plessinger. He’s the real deal. For some time, it was just hard to tell for certain. Decent as an amateur on minis, he took a leap in the B Class, but Loretta’s was muddy that year and he had a background in Grand National Cross Country. Also, some of the bigger names had moved to the A class already or had bad weeks. It was a good, but not enough to stamp his future yet.

Six months later he became the first major participant in Ricky Carmichael’s Road to Supercross in AMSOIL Arenacross and won one of the AX main events against an experienced field. But the Road to SX was new at that time, so we didn’t know if that was exceptional, or just the sign of things to come. Well, since then no amateur has come close to matching Plessinger’s performance.

Aaron also dominated the Monster Energy Cup Amateur All-Star race in 2014, however, a lot of his peers had already tried a few pro nationals and weren’t eligible to compete. RJ Hampshire, for example, was the AMA Horizon Award winner that year and bested Plessinger in Loretta’s A class. Hampshire then turned pro and raced the final three Lucas Oil Pro Motocross rounds, and was thus not eligible for the All-Stars race. Plessinger didn’t race those Nationals and kept his amateur status. Was he good, or just benefitting from waiting to turn pro?

The numbers and results kept looking positive, but the numbers are always fuzzy for amateurs. Until everyone meets on equal ground with good equipment every week, you never know for sure. Well, we pretty much know for sure now. Plessinger had great speed in supercross last year, and won a National at the end of the year. He captured both the SX and MX Rookie of the Year awards. That’s a huge step for him.

Plessinger hadn’t been dominating his whole life, so that win and those podiums deliver an extra-sized dose of confidence. Right now, he’s lining himself up to be the next big force in the 250 class. Maybe we should have seen that coming.

Turning the AC On

You know how that one Ironman National win was huge for Plessinger, who doesn’t have a million first-place trophies dating back to his 50cc days? The story is the opposite for Adam Cianciarulo, who has been beaten down pretty good lately, but still has a well of confidence left because he has won so much before.

AC is on the precipice—certainly not done, but no longer a guarantee, either. His season could go either way, and whichever way it goes it will be a big story.

Not to put any extra weight on those surgically repaired shoulders, but Adam represents the last guard of the old order: the best amateurs become the best pros. That’s how it worked for Windham, Carmichael and Stewart. Over a decade after them, the story is how Ryan Dungey rose from the basement to the penthouse, and how Ryan Villopoto turned the tables on Mike Alessi. The world is just primed to talk about Cooper Webb leapfrogging Cianciarulo. That story is taking shape, but Adam hopes it’s not too late to remake the mold.

Jeremy Martin has two 250MX Lucas Oil Pro Motocross titles already, and he could have a third by the end of next year. Dude is going to get paid for 2017. But he’s still leaving some questions (and dollars) on the table with mixed results in supercross. At times, he’s been great indoors. But for a two-time national champ, his results have been mediocre too often.

He hooked up with Johnny O’Mara midway through last season and O’Show says he and Jeremy will fix this up, the same way Johnny and Ricky Carmichael worked into McGrath-beating speed in 2001. Still, there’s some pressure on Martin right now. He’s into “prove it” mode indoors. The world is waiting to see if he can round up his indoor game into something close to what he does outside.

Christian Craig’s professional supercross debut was delayed one year after he broke his back in a practice crash. When Craig finally did make it to supercross in 2011, his style was amazing but his results never stood out. Watching Craig ride, his talent and abilities were obvious, but he was usually in the wrong place at the wrong time, and he took more lumps. Eventually, he quit altogether with just one top-five 250SX finish—ever.

Since his return to racing over the summer, he’s finally become the rider many thought he could be. His head is on straight, he’s got a new perspective on life and racing, and his style and talent, well, that’s all still there. He looked very good over the summer and his talent should make him shine even brighter in supercross. Now that the real Christian Craig is finally here, what can he do?