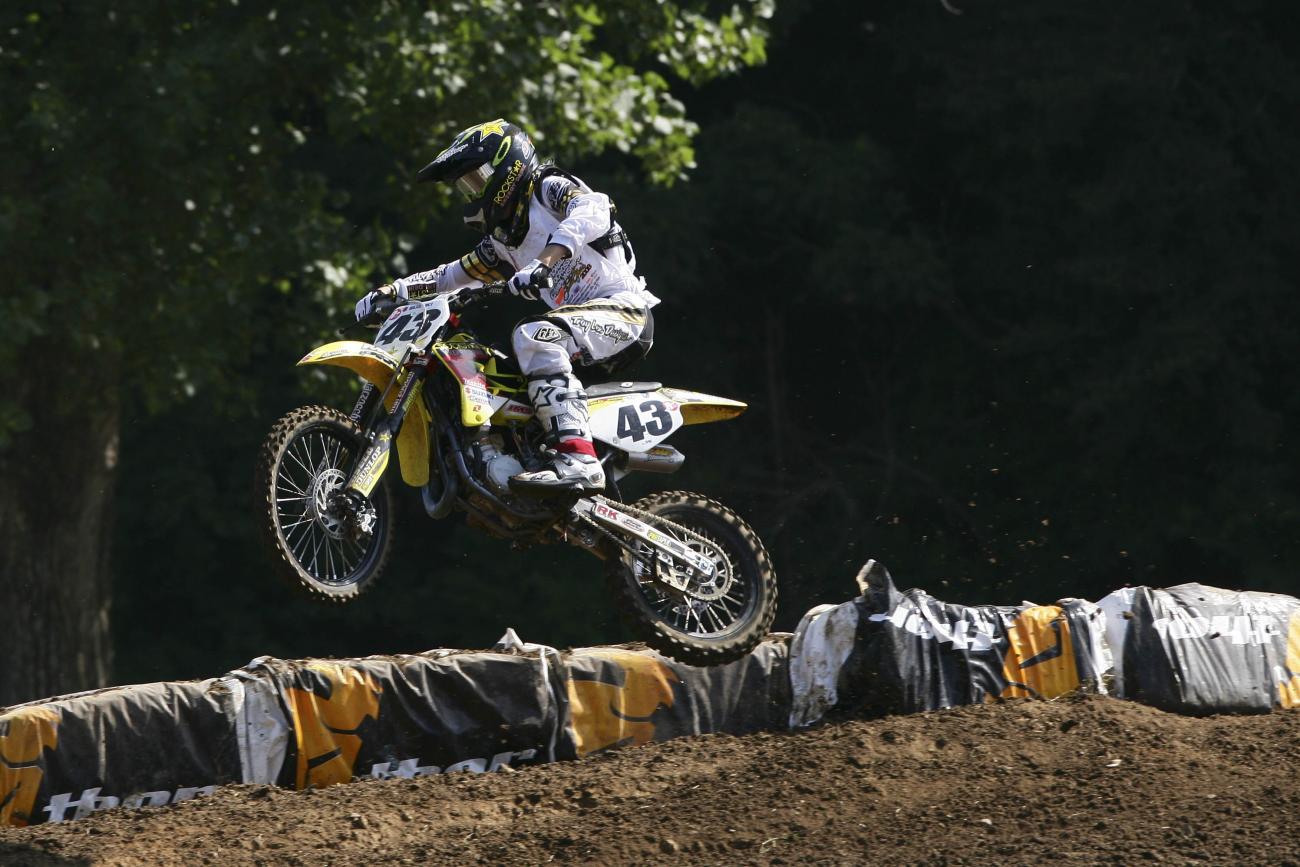 Redux Call it a Comeback

The recession of 2008 affected every company in every industry, but within this sport, it seemed to hit Suzuki the hardest. The once-robust amateur program is gone, the once-robust off-road team is gone, the brand no longer supports a 250 MX/SX team, and the factory 450 race program survived only through a massive restructuring with operations now handled under the Yoshimura banner.

Suzuki didn’t necessarily struggle with bike sales any worse than anyone else, but the reason for the near-pullout of racing goes deeper into the corporate structure. Such details only get laid bare under desperate times, where cuts go down to the bone. In reality, every brand shows scars deep down. Honda’s potent HRC operation only recently returned to the motocross world it once dominated. Kawasaki’s Team Green off-road program no longer exists, although, in general, the brand seems to have survived with fewer outward changes, helped significantly with consistent support from Monster Energy.

On the other end, Yamaha doesn’t even have a factory team anymore. Japanese management is historically conservative, so these companies are adept at battening down the hatches and shifting to survival mode in rough times. Contrast that with the European group at KTM, which saw crisis as an opportunity and bet big, attacking rivals during a once-in-a-generation time of weakness. It worked, but it was a huge gamble.

Suzuki doesn’t gamble. Of all the conservative Japanese brands, Suzuki might be the most conservative of all. When the economic crisis hit, they shuttered the U.S. auto division, brought the company through bankruptcy, and put everything in place to ensure the long-term profitability of the brand. The bankruptcy wasn’t a sign that Suzuki was going under, just an ambitious process to ensure long-term survival.

Now, a few years later, we’re seeing signs of a comeback. Perhaps the biggest came last week, when amateur support race manager Pat Alexander, who has been with the company since 1977, headed to the stage during opening ceremonies at the Rocky Mountain ATV/MC Amateur National Championship at Loretta Lynn’s. Through a detailed Power Point presentation, Alexander laid the groundwork for Suzuki’s return to glory. It’s about to ramp up amateur support, as the brand looks to support five amateur riders in 2016. The contingency program keeps growing and is now run by the folks at Hookit. Suzuki is close to an agreement with an existing race team to run a 250 pro program for them next year, and the Yoshimura factory team is closing in on an outside sponsor, which would bolster the budget. And while the RM-Z bikes don’t look radically different visually, underneath, they continue to advance technologically each year (Alexander proudly points out the 2016 RM-Z250 features more than eighty changes, including big engine changes and new air forks). The conservative management is beginning to get aggressive again.

“Well, Suzuki Corporation is profitable, and there’s only one way they can be profitable is by selling product,” Alexander told us after the show. ”And none of us were selling product at that time. So we had to pull back. We pulled back a little bit more than most, but those were the directions we had.”

Of all the news, the pending 250 pro team and five-rider amateur support squad is the biggest. These are traditional power spots for Suzuki, which even in lean times usually battled for 125/Lites SX Championships. A dozen years ago, the amateur program was arguably the strongest in the industry, with huge talents like Travis Pastrana, Broc Hepler, Davi Millsaps, and Ryan Dungey taking the brand to pro wins, and other like Martin Davalos and Jake Weimer finding success with others. Eli Tomac and Jason Anderson were poised to be next. Can you believe that, once, Ryan Dungey, Ken Roczen, and Eli Tomac were all under the Suzuki banner at the same time? Then it all stopped. Getting it back won’t be easy.

“Suzuki’s doing better now, so we want to spread the wealth a little bit,” said Alexander, realizing they won’t be back to powerhouse status overnight. “We’re looking for five good riders right now. Somebody’s that’s getting good grades in school, somebody that rides pretty good out at Loretta Lynn’s and around the country. We know that some of the better kids have been absorbed already [by other teams]. But we know there’s good kids out there, so we’re going to go after them if we can.”

This will be especially challenging now that every other brand is working so hard in the amateur talent mines. Younger riders are getting longer team deals than ever, so big free agents are off the market. And since Suzuki still hasn’t announced an official 250 pro team yet, it’s hard for a young rider to visualize a pro future with the brand right now.

“Again, like what’s happened [to us] in the amateur ranks, we didn’t have the funds to help the 250 grow like some of the other teams have done,” Alexander says. “So in that, we’re striking back again, looking at other supercross teams that are out there, and hopefully we can work with some of them.

“When we had our downturn, our concentration was going to have to be on one thing. So it was going to be the 450 product in motocross, and in road racing it was going to be the 1000cc GSXR. So that was kind of how we approached racing for the future for Suzuki at the time. So we kept our contingency, we didn’t change that—actually we grew it a little bit. So we prided ourself that we didn’t get rid of everything. We kept our contingency to help out our young riders to come up if they rode a Suzuki. There was plenty of money out there for them to keep them going. Now on the other hand, race teams and other things that were very expensive we had to cut back on.”

Indeed, Suzuki’s 450 program didn’t waver much during the downturn, and with James Stewart and Ken Roczen on board, you can argue the brand actually has the two highest-profile riders in the game. Plus, Blake Baggett’s solid 450 rookie season has bolstered the brand’s rep. Unfortunately, they’ve learned the hard way that leading from the top doesn’t always work. While the production RM-Z250 has undergone the same level of year-to-year changes as the competition, and the bike is well regarded in tests and shootouts, the simple lack of a pro team has led many to think the bike isn’t competitive.

“At Anaheim this year, I was talking to a pro rider about maybe getting back in the 250 class, and he said he didn’t realize we were even updating the 250 anymore,” Alexander told us. “This was a pro rider! So if he didn’t know, you wonder what else other people were thinking.”

It will be a slow process to bring the brand back online in this sense. Next year’s 250 team isn’t expected to be a challenge to, say, a Yamalube/Star Racing Yamaha Martin/Webb squad, and the amateur program won’t feature the biggest young names because they have already signed elsewhere. This is a toe in the water, although it also represents a big step for the brand.

“Now we need to turn this track around,” said Alexander.