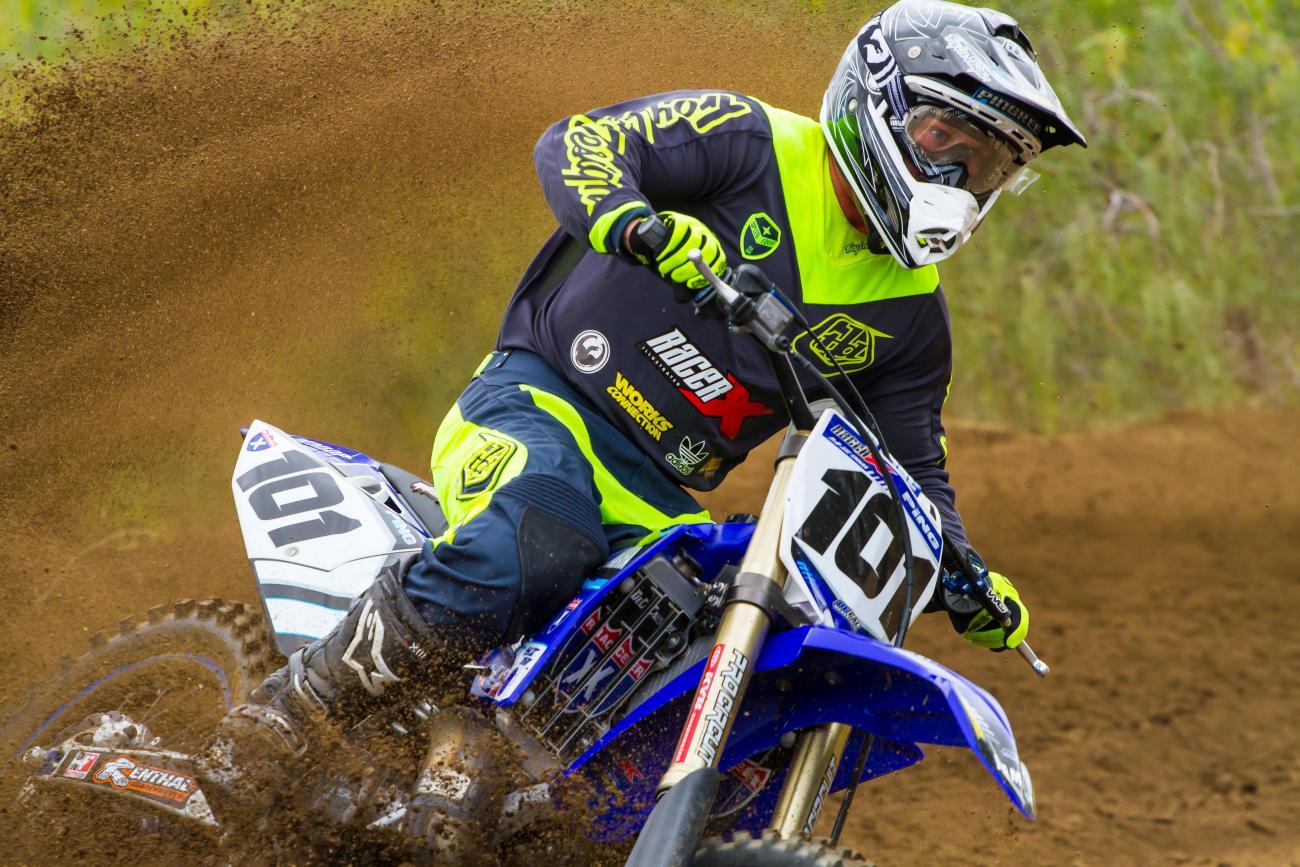 Madskills is destroying my life. I'm on the verge of losing both my job and my wife.

Ps. I also need legal advice. Can I sue the game developers for damages?

Whoa, easy on the lawsuit accusations… You're starting to sound like an American. Look, you aren't the first guy to get sucked into this app like a crack head after his first hit. My wife had to make a no-phones-in-bed rule because I was sneaking in a couple Mad Skills motos before going to sleep at night, ignoring her completely in the process. We don't have cool support groups like AA where you can drink a pot of coffee and smoke an entire pack of Winstons while explaining to the group how you woke up in some random chick’s house last week, stole a car, and gambled away your life savings on a three-day bender in Atlantic City. We don't have a methadone clinic where you can come off the addiction slowly. All we have is the ability to poke each other after posting a fast time and maybe a small chat forum over on Vital. Set the damn phone down, Shaun. Your wife misses you, and, honestly, nobody cares what your local, national, or world ranking is on MSMX—unless you are top-three globally, because I totally need some of those go-fast hacks. Let me know. Good luck.

We have seen alot of mud races this year in the Lucas Oil pro motocross series and vision throughout the race is always an issue. We have seen allot of guys ditch their goggles and when in the lead pack they don't have time to pit. I always see the enduro guys pulling up there goggles and putting them just under their visors. Could the motocross guys do this with one set and wear another set regularly. Once the first set is out of roll offs you could ditch them and pull the second set down and it would be a fresh set of goggles. I guess what it comes down to Is it legal to start the race with 2 sets of goggles?

There is no limit to how many goggles you can wear. You can wear five, six, seven pairs if you think that will work. You could stuff a whole bag of goggles up your poop chute if you were so inclined. The trick is coming up with a way to switch goggles without losing a bunch of time or positions. Trey Canard ran two pairs of goggles—one on top of the other—last year and I thought it was ingenious. Your first lap or two will feel like you are looking through the safety glass on the orca tank at Sea World, but when everybody else is struggling to see ten minutes into the moto, you'll be laughing with a fresh set of goggles. I haven't seen that this year, but maybe the conditions haven't required it. The problem with any of these options is getting dirt inside the goggle when you make the switch. Loose pieces of dirt bouncing around inside the goggle are distracting, and some dirt almost always ends up in your eye. If it's a big enough piece of dirt, it could force you to pull in and address it. Of course, keeping goggles on is always the best thing to do, but it is often more difficult than you think. Rainy, muddy, humid conditions cause everything to fog, and you can blow through a set of roll-offs by the halfway point in a moto. I'm sure there will be a mud-specific fix in the future that will revolutionize eye protection practices in muddy conditions, but for now we're stuck with a bag of goggles up your butt as something we're considering. Well, I'm not sure if guys are considering that, but it is an option.

We’ve not met but we share some mutual friends in Troy, Maki and the guys at TLD (and Pat Alexander at US Suzuki who I guess must have given you a job back in the day!?). We run the Suzuki partnered World Superbike team but MX is a passion for me and a lot of the guys on the team.

Anyway, Tuesday before the Laguna WSBK race a few of us rode at Milestone for some fun. I was riding Troy’s 350SX-F (wasn’t sure why the forks didn’t move until I saw the KTM Factory “McElrath / .48 Springs” sticker… needed to be forced a little harder than I was going I guess!) and once we got the main track dialed in and all the double / triple / step-up / tabletop etc jumps sorted out it was really a lot of fun. The value for money is amazing compared to UK - $30 to ride from 9am to 7pm if you wanted to (less if you’re a club member I think); main track, vet track, SX track and a beginners track; water going down every couple of hours; and as soon as the place starts to feel something like an MX track (braking bumps, ruts etc) the digger is back out so it feels like a loamy freeway with big jumps again. But – the safety aspect is pretty strange... kids on 65’s out with pro’s on 450’s, no flag marshals on a track with more than 12 blind jumps per lap etc. There’s a decent sized tabletop on the edge of the main track by the fence, the kind that if you don’t scrub like a pro you need to throw it up pretty high to clear. I’m there loving life on Troy’s bike, full gas 3rd gear braaaaap, look down to the landing to see it full of semi-conscious person and a CRF450. A few yards further on is a wadded-up RMZ450 and one of your colleagues (media test rider out to spin a few laps on new ‘16 bike) rolling around on the ground desperately trying to get some air back in his lungs and work out what kind of mess he’s in – turns out he’d landed on the CRF and crashed pretty hard. Things tend to slow down when you’re hanging in the air with all this in front of you and I considered my options, including jumping off, but decided to stay put and hope I’d hit the tiny gap between rider and bike. That didn’t happen – I landed directly on the poor guy’s Tech 10 and broke his lower leg for him. I didn’t crash and was able to launch my bike left off the track towards on-coming traffic, forcing them to stop before there was any more carnage.

So to my question – I forgot this was meant to be “Ask Ping” not “Rant at Ping” – is this complete lack of safety measure a good thing? The guys at the track thought it was all down to money rather than litigation considerations. But surely riders would pay a few $ more to know that a flag marshal would be there to warn others in that kind of scenario? It could have been so much worse and a hugely serious injury or even death – an MX bike to the head from that height doesn’t bear thinking about. And if it had been a kid..? I wouldn’t have let my 85-riding son ride that day, just too many bikes and too wide a range of speeds / ages / abilities – topped off by a couple of pro quad riders who were jumping everything and scaring the sh#t out of anybody within half a lap of them (pretty impressive to be honest). In the UK, tracks can’t get insured without flag marshals in place and riders below 14 being separated from the big bikes. Sessions are run in Expert / Novice / Kids groups so there is maybe less track time but it’s not like it’s a rush when the place is open for 10 hours… I’m all for letting people take care of themselves, but none of us would race under those conditions so I wonder if you think some changes should be considered to improve safety when practising?

Keep up the good work, love the column.

Thanks for reading, Paul. Pat was the guy who gave me my first free 80cc bikes as a Suzuki support rider back in 1991. I'm glad he's still around; he's a great guy. I'm glad you managed to avoid a trip to the hospital, but I'm afraid what you experienced is pretty much the norm here. Some tracks might put one or two guys out on the track with flags, but with all the jumps that have been added to tracks over the years (big and blind jumps at that), the risk of hitting a rider who has crashed on the backside is significant. The Brett Downey Safety Foundation was founded with that in mind, as Brett was a victim of that kind of incident. Unfortunately, most tracks in SoCal have the same dangerous circumstances every single day, and it’s up to the riders to worry about safety. Common sense tells you that tracks should have a few flaggers on any given practice day posted up at big and/or blind jumps. They should split practice between big bikes and mini bikes once there are a certain number of people on the track (a good number is probably twenty riders). Quads should never be on the track at the same time as a motorcycle. That’s the equivalent of taking a snowmobile onto a hockey rink. And what about the quads? I think they should all be sent to Glamis and a remote part of Russia, which is a much gentler suggestion than a certain "Bro" who would prefer to nuke them all. I'm not ruling that out as an option though.

The bottom line is that riders and parents have to think about safety issues and make the best decision possible, because tracks aren't looking out for them. Ride at your own risk. Good luck at the WSBK rounds, and if you ever want to get a random Yank’s opinion about one of your race bikes, give me a call. My thoughts will be useless, but I've always wanted to spin a few laps on a legit road machine.