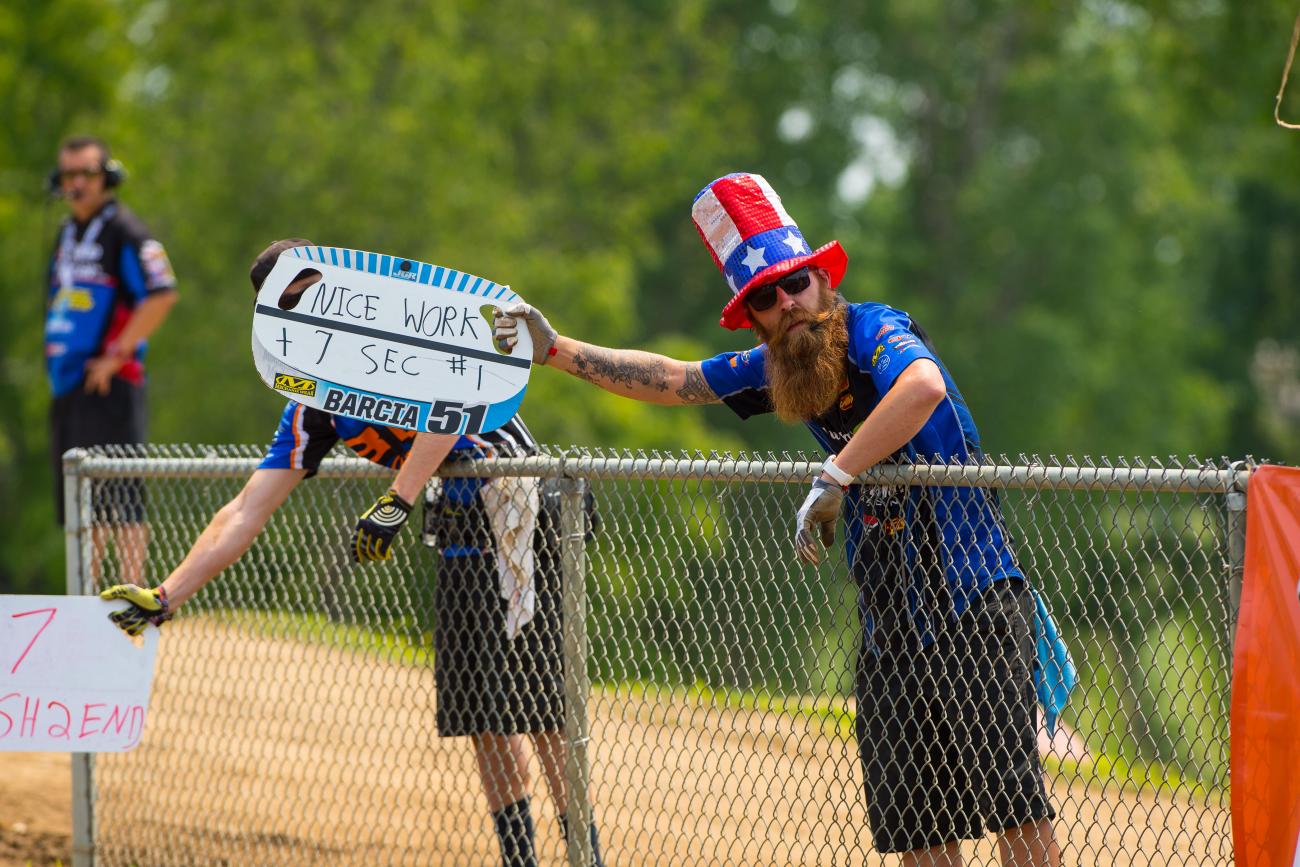 Remember Snapple? The flavored ice tea created by three New Yorkers took America by storm in the early 1990s, with sales on the brink of $1 billion in 1994, according to Thrillist. The beverage gained popularity from its off-the-wall commercials featuring the “Snapple Lady,” who would take questions from fans and answer them. Ironically, she actually started at the company in the customer service department.

In 1997, the company was purchased by Quaker Oats and everything pretty much went to sh**. And they DROPPED THE SNAPPLE LADY. WHY???

Now they are trying to make a comeback, under a different company, with the corny “Born in New York, Made for Everyone” and #LOVESNAPPLE campaigns.

When I set out to find out the truth about Snapple’s situation, I planned on taking a scenic trip up to Westchester, New York, to visit the brand’s HQ. The only issue was that the brand has since moved its operations to Plano, Texas. That Dallas suburb, I learned, is where the New York-focused marketing effort originated.

The “Born in New York, Made for Everyone” and #LOVESNAPPLE campaigns are tailored to the times when ever more companies are asking customers to advertise their products. It has become an annoying marketing crutch -- needy, clingy, and sometimes gross and wrong -- and one that, as companies should know by now, has the additional drawback of being virtually uncontrollable:

The last one is a fair point. For all its talk of being “Made from the Best Stuff on Earth,” Snapple’s non-diet varieties contain about the same amount of sugar as soda drinks (which have been on the decline for a decade). As we know, consumers don’t quite have the same carefree attitude toward obesity, diabetes, and tooth decay as they did in the freewheeling ’90s. But the disconnect there is redoubled by the additional problem of badly misjudging the rest of America’s zeal for being told what to do by New Yorkers. (Something Texans, of all people, should have a good handle on.) As Bryan Zygmont, of Dubuque, Iowa, wrote: "I think it's comical that Snapple seems to think I should drink it because New Yorkers do. Get a grip, jokers. #LoveSnapple (but not)."

Here’s a tip: Bring back the Snapple lady. Check out more here.

Speaking of things that used to be cool and are no longer: MTV is struggling to find viewership amongst it’s core 18-49 audiences. According to Bloomberg Business “In May, according to data compiled by MoffettNathanson Research, overall cable-TV ratings among 18- to 49-year-old prime-time viewers dropped 7 percent from last year. At Viacom, ratings fell 19 percent.” Viacom—which owns twenty-three networks, including MTV, Comedy Central, among others—counters, saying that the way TV audience is measured are the results for lower ratings. Clearl,y there's going to be confusion in counting audiences now that you can watch shows on so many platforms.

Dauman has taken an unusual tack when he’s spoken to analysts about Viacom’s recent performance. The lower ratings for its programming, he says, aren’t the result of the rising popularity of YouTube or poor creative choices at Viacom. Instead, the loss of viewers is an illusion, he says. The fans are there in growing numbers. They just aren’t being properly counted. According to Dauman, Nielsen’s ratings fail to account for the TV that people consume via apps on their smartphones, streaming devices such as Roku, desktop websites, or various video-on-demand services. “Inadequate measurement undermines innovation,” Dauman said during a recent earnings call, “and disproportionately impacts those leading programmers like us who effectively provide the multiplatform experiences that viewers demand.”

It’s an argument that exonerates Viacom’s management for its ratings slide and absolves it from the need for reinvention. As Viacom continues to pay the ratings service for its data, knocking Nielsen is a low-risk strategy; Nielsen’s unlikely to punch back at a major client. (A Nielsen spokesperson declined to comment for this article. CEO Mitch Barns recently told the Wall Street Journal that struggling TV companies are at times “using us as a scapegoat.”) If, as Dauman says, nobody is correctly measuring the new TV landscape, then nobody can adequately judge Viacom’s market share.

“When you’re looking at Nielsen, you’re only factoring in a small part of the way our audience is consuming our programming,” says Stephen Friedman, the president of MTV. “We’ve been really aggressive about being platform-agnostic in terms of where we put our content. It’s much more important to be where they are than to worry about an antiquated rating system.”

The Scots Are Coming

Shaun Simpson, currently seventh in MXGP in the FIM World Motocross Championship, confirmed to Racer X this week that he plans to compete at Round 10 of Lucas Oil Pro Motocross at Unadilla on August 8. Fellow Scot Dean Wilson, who recently told us that he plans to make his return from a torn ACL and MCL sustained in January at Unadilla, had the perfect response.

Check out the full interview with Wilson below.

Nick Wey’s kid is the best.

Out at the BMX track tonight working out Moms and the high speed vision problems.. #bmx

We told you this was coming a few weeks back. Well, hold the toilets, people, Taco Bell now delivers. According to Slate, “the new delivery service will be available in Taco Bell locations in over ninety cities and more than two hundred restaurants in California and Texas.” The report also says delivery will cost $3.99, run 10 a.m. to 11 p.m. and take around thirty-eight minutes to deliver—small price to pay for hangover awesomeness if you ask me. More from Slate:

The chain plans to expand this service to more locations nationwide, as more customers are leaning towards convenience.

"We were one of the first to redefine convenience at QSR with our mobile app, and knowing that delivery is the no. 1 request from our consumers, we see a tremendous opportunity to bring the Taco Bell experience to fans where and when they want it most,” Niccol said.

Where does it stop? Seventeen? Eighteen? Jed Mildon you are a bad, bad dude.

A few weeks back, two-time world cup mountain bike champion Aaron Gwin won another big downhill race—even though the chain broke on his bike! The man just used gravity to get the job done and win.

That was cool, but even better, KTM put together this video spoof of it, with Gwin going downhill on a RC390. Home run for this outstanding video. Golf clap, ladies and gents. (Internet points for naming the announcer in the KTM video.)

Will we one day drive across highways made of plastic bottles? Maybe? Probably not? I don’t know. What I do know, thanks to Wired, is that it is definitely a possibility and the Dutch city of Rotterdam wants it to happen. From Wired:

The city is seriously considering the technology, which is called PlasticRoad. Construction firm VolkerWessels calls it a greener alternative to asphalt that is stronger, easier to maintain, and more resistant to temperature extremes than conventional blacktop.

Asphalt, which is dark bituminous pitch mixed with sand or gravel, has long reigned as the road construction material of choice because it is relatively quick and easy to install, cheap, and remarkably durable. It’s also an environmental scourge: Its production releases 96 million tons of CO2 into the atmosphere annually.

Remember the last time you had a face-to-face encounter with a great white shark and that strange looking cage keep you safe? No? Just me? Well, there is a reason why sharks don’t attack cages. Esquire says, “sharks tend to bite things that look like they'd taste good. They almost never bite a shiny metal box.” Okay, then. Now there is no reason to be afraid of the ocean, as long as you are protected by a giant aluminum cage. Oh, there's a reason they are made from aluminum as well.

When James Moskito and his partners founded Great White Adventures 17 years ago, with the idea of giving tourists an extremely close look at the great white sharks that gathered around the Farallon Islands to feed on harbor seals, there wasn't a huge body of technical knowledge about how to make an impenetrable shark cage. That's why the company's first cage was crudely constructed of steel, weighed 1500 pounds, and required a special crane just to get it into the boat.

This cage concept lasted all of two weeks. "We were like, 'Redesign!,'" Moskito recalls. "Steel is just too heavy. We went to aluminum right away."

According to a recent study by Emory Sports Marketing Analytics, the Oakland Raiders have the worst fans in the entire NFL. We are not surprised, because we already know Matthes is a Raiders fan [Ed Note: So is Stallo. They suck]. The study, which used statistical metrics to measure fan bases in terms of “Fan Equity,” “Social Media Equity” and a bandwagon ranking, rank the Raiders last in Fan Equity and the Arizona Cardinals more likely to jump the bandwagon.

No metric is perfect (though a revenue-premium based model that is derived from a statistical analysis of thirteen years of data is a pretty good one for a profit and brand-conscious industry like professional football).  Therefore, we supplement our Fan Equity analysis with a look at social media followings across teams.  Our “Social Media Equity” measure is again based on an analysis of how strong each team’s social media following is after controlling for team quality and market characteristics. Social Media Equity therefore has some beneficial properties.  Most importantly, it is not constrained by stadium capacities or team pricing policies.  It also provides a means for capturing national level brand equity.  Of course, we recognize there are limitations to this metric, especially related to the choice of social media platforms and the “engagement” of followers.

To check out the lists and how they conducted their research go here.

Last week we showed you monkeys riding dogs. This week a squirrel on skies. You’re welcome.

X Games Moto X Quaterpipe gold medalist Thomas Pages put together a flawless run to win the Red Bull X-Fighters event in Madrid—his third consecutive win at X-Fighters—over the weekend. Perfect run? If there is one, this might be it.