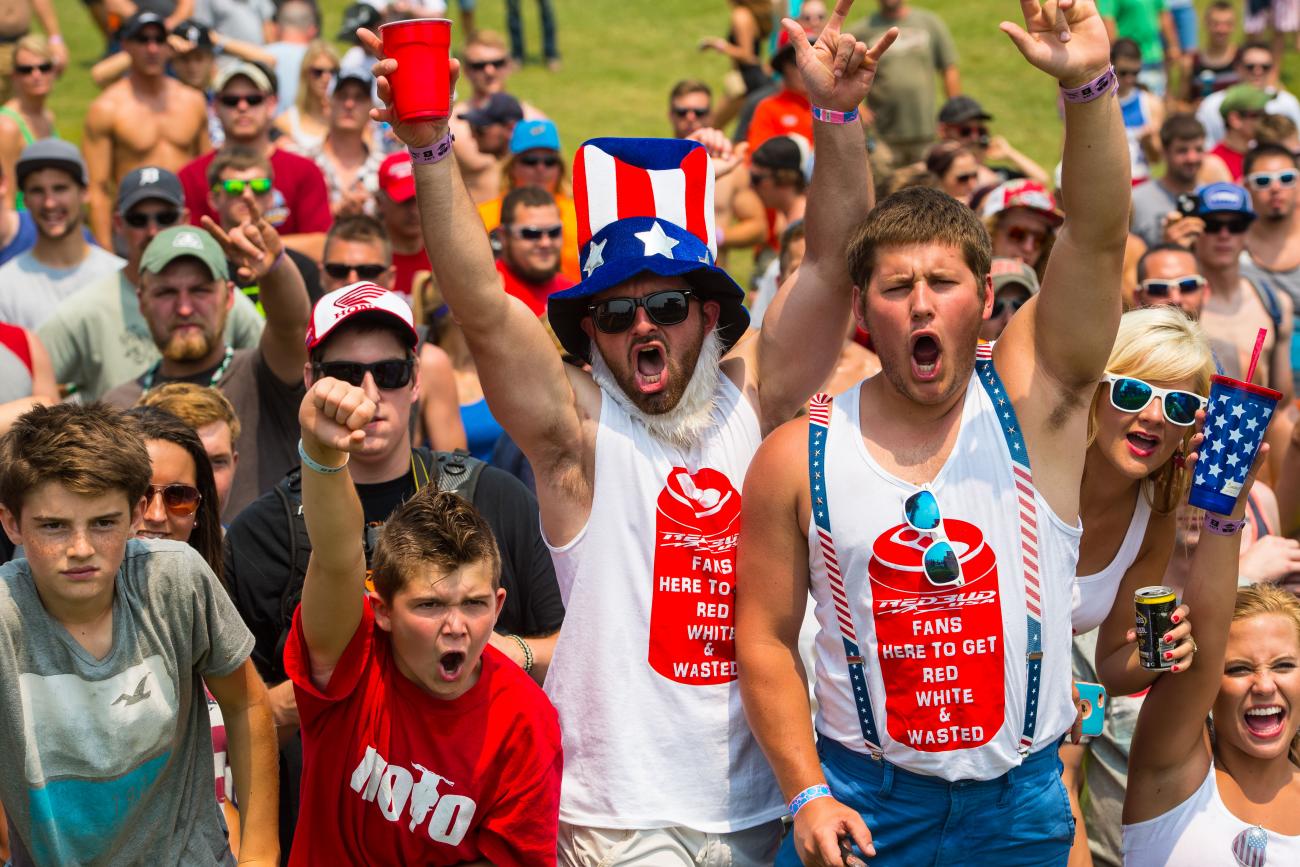 Big changes are coming to MotoGP beginning with the 2017 season. According to David Emmett at Motomatters.com, Dorna will end the subsidy to manufactures beginning in 2017, instead paying teams “€2 million a year for each rider they field,” which Emmett says is about half of what is needed to complete a full season in MotoGP. Also of note, Dorna announced a price cap of the supply of motorcycles, while also assuring all teams currently racing the series that their grid slots will be keep until 2021. From Emmett:

The other prong of that policy is the imposition of a price cap on the supply of motorcycles. In addition to their own two-rider factory teams, each manufacturer will have to supply between two and four bikes to private teams, upon request. The maximum price a factory can charge will be €2.2 million euros a season, per rider. For that price, they will get two complete race bikes, plus full maintenance for the bikes for a season. Crash damage will not be included, for obvious reasons, but having a predictable and fixed price level for the next five years again makes it easier for teams to budget for the medium term.

The factories were willing to accept this because the technical and sporting regulations have been fixed for the same period, from 2017 to 2021. After next year, once the new spec software is adopted for the single ECU, and Michelin take over the role as single tire supplier from Bridgestone, the only changes to the rules will be made for safety reasons. Rule stability should mean both that bikes will remain current for longer periods of time, and make it easier for factories to plan their development cycles. The two-tier system of successful and unsuccessful manufacturers will continue, with Aprilia and Suzuki free to develop engines during the season and test with factory riders outside of official tests until they secure six so-called concession points, based on podium places. Ducati will join Honda and Yamaha with just seven instead of twelve engines per season, development on the engine frozen, and testing with factory riders limited to the official tests.

The piece is quite interesting. Check it out here.

Injuries—at home and abroad—in motocross and supercross have been a major talking point as of late. Motocross is an inherently dangerous sport—that we all know. Reducing the danger is what’s on the minds of everyone in the industry. Opinions vary, but the power of the bike has been a recent talking point. Adam Wheeler, editor-in-chief of On Track Off Road and Racer X contributor, recently talked with a handful of high-profile members of the European motocross community about foreseeable changes that could be coming to MXGP in the near future. And the feedback was quite interesting. Youthstream’s Giuseppe Luongo said, in part, the following:

“The bikes are fantastic; they are fast with great suspension and I don’t want to say “block development” because Grand Prix holds a lot of interest as manufacturers work on their products to be on the market years later. The world evolves, so I cannot say tot eh manufactures “now we go back five years” but we have to find a compromise because the bikes are too fast. The 250s of today are more powerful, have good traction and better suspension than the 250cc days in the past of Everts, Pichon and so on. And this is our ‘second’ class. We have fifteen year old children jumping on these bikes.”

The entire piece is very interesting. Read it below.

NASCAR will begin implementing a new era of at-track shopping beginning this August at the Sprint Cup Series weekend at Pocono Raceway, Fox Sports reports. NASCAR, who, like supercross and motocross, currently use souvenir haulers, will debut a sixty-thousand-square-foot superstore at Pocono that will eventually replace the haulers. According to Fox Sports, the layout is the size of “1.5 football fields” and will house merchandise “from fifty-eight NASCAR drivers and twenty-five teams,” and “individual driver shops within the bigger facility will be 525 square feet, with room to expand.” NASCAR says the new checkout stations will “accommodate up to 3,600 transactions per hour.” More from Fox Sports:

Unlike the souvenir haulers, where fans can typically only point to a product they wish to buy before making a purchase, the superstore will offer consumers a chance to touch and closely examine a product such as a hat or T-shirt before actually buying it.

And unlike the haulers, where various kinds of merchandise are all lumped together in a tight space, the superstore will feature designated areas or "specialty shops," dedicated to diecasts, women's apparel, kids apparel, hats, key chains and more.

Altogether, each superstore will house $2.5 million in retail inventory and offer a 50-percent increase in product assortment for most drivers.

Hookit has released their first half of 2015 stats. Interactions were measured from January 1 through June 30 across Facebook, Twitter, and Instagram, with Hookit compiling statistics on athletes, brands, and manufacturers. As we’ve mentioned numerous times, Ken Roczen is a social magnet, which is why it is no surprise he had the most interactions, with 7.7 million over the six-month period. Ryan Dungey was closest but still 4.2 million behind Roczen. Adam Cianciaruolo was the first 250 rider on the list, coming in third with 3.1 million interactions.

This is quite impressive. Ahead of the Copa America, Argentina’s Sergio Aguero answered questions from fans on Twitter, which, okay, everyone athlete does that. But, do they do it by kicking a soccer ball into a giant keyboard? No. No, they do not.

Not that you care, but Argentina lost in the Cope America final to host Chile.

This is absolutely ridiculous. Congrats, gents, you have the biggest cajones in all of England.

Since we’re on the subject, Sam Borden of the New York Times went to Italy to profile the bizarre sport of calcio storico. A mix between street fighting and football, the game is not played for money or prizes, just pride. The sport is absolutely brutal as Borden describes, with a majority of players requiring medical attention following the match.

Brutality is everywhere. No player has died during calcio storico, but Luciano Artusi, a former director of the body that oversees the games, conceded that “we have had a spleen removed.” Filippo Allegri, one of the on-field paramedics, said that his group generally expects that seven or eight players from each team will not finish any given game and recalled, without prompting, that 10 players, or about 20 percent of the participants, required hospitalization after a particularly brutal final in 2013. There are no substitutions, so exhaustion is common. So, too, are dehydration and concussions.

All of this might make more sense to the average outsider if there were millions of dollars (or at least enduring fame) on the line. But players are not paid in calcio storico, and there is no significant prize. The winning team used to receive a calf from Tuscany — butchered, not live — but now the champions simply have the cost of their postgame dinner picked up by the federation. There is not even a medal ceremony.

Check out the full story here. You can also watch highlights below.

So, apparently these chaps in England decided to strap a KTM 690 to an inflatable raft, thus creating a “BikeBoat.” Which, sure, that’s all well and good until, you know, the thing catches on fire!!! Now, because of course they are, they have setup an IndieGoGo campaign to try an even bigger feat. Right, because the first one worked out so well.

Ever want to get up close and personal with some fireworks without losing a finger? Now you can.

I don’t consider myself necessarily tuned-in to all motorsports. Yet, I do follow bits and pieces, which is why it’s surprising I had never heard of Formula E—the world's first full-electric racing series—or that it just completed its inaugural season. TheVerge.com recently featured the new series, which they say was a “success” on many levels. Racing royalty like the Andrettis, the Prosts, and the McLarens are already involved, and Richard Branson, founder of Virgin Group, is on board as well. According to The Verge, it’s much cheaper to enter the series and the racing has actually been fairly good.

That seems completely possible. Formula E has money behind it, and putting a team together is nowhere near as expensive as it is in Formula One. The series held races in beautiful and diverse venues, running street courses in places like Sao Paulo and Russia. They even competed on hallowed racing ground with an event in Monaco. And mayors of other cities around the world are begging to host a race.

More importantly, the competition in Formula E's debut season was excellent. The races were thrilling, and only three drivers won more than once. The first season's points championship even came down to the last lap of the last race, with Nelson Piquet Jr. beating Sebastian Buemi by one point.

Check out the entire piece here and some highlights from a race this year below.

Steve Matthes is back with another "Classic Podcast."

This podcast is rather appropriate seeing as how Sebastian Tortelli's making a comeback to racing this summer at Loretta Lynn's. The two-time world champion burst onto the scene in the U.S. in supercross when he won the opening round of at a muddy LA Coliseum. He went on to win a bunch of 450MX nationals for factory Honda before retiring. We cover his career, including some heartbreaking injuries and DNF's along the way. Check it out here.