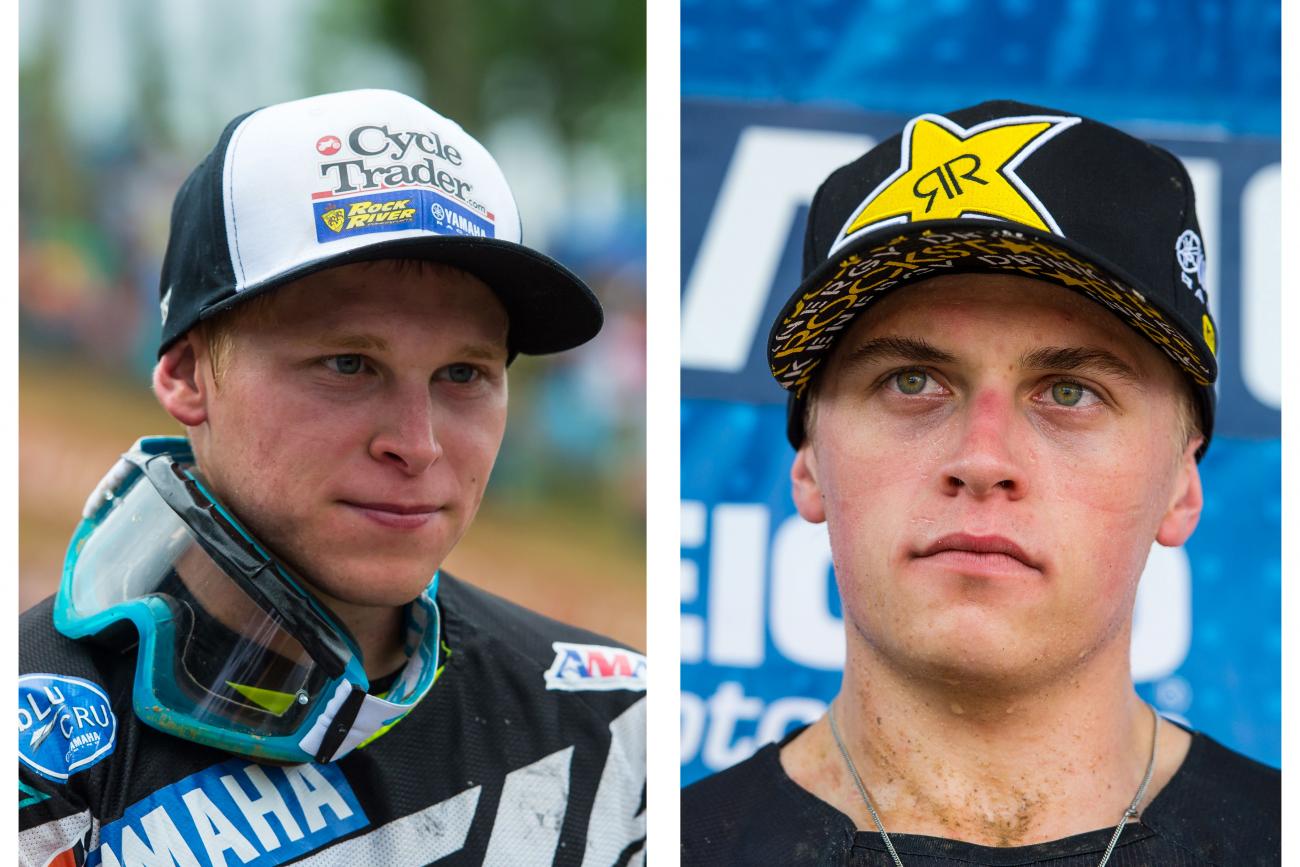 Combining for five moto podiums and three motos wins over the last six rounds, Alex and Jeremy Martin are two of the hottest riders in Lucas Oil Pro Motocross, with a date with Millville looming. The brothers, currently first (Jeremy) and fifth (Alex) in 250MX points, grew up on the Spring Creek property—site of this weekend’s Lucas Oil Pro Motocross round—after their parents, John and Greta, purchased the facility in 1987.

The two combined for more than one hundred amateur wins at the track and have spun more practice laps “than they can remember.” They will literally walk to the racetrack this weekend.

This Saturday will mark the third time the two have competed against one another at Millville in the professional ranks—Jeremy holds the edge 2-0. We wanted to know more about the brothers and the track, so we stole an idea from Racer X Illustrated and put together an online edition of Two Tribes: The Martins and Millville.

Who’s faster at the track?

Alex Martin: Of course that’s the first question [laughs]. I have to have people in my court; I’m going to say me.

Jeremy Martin: [Without hesitation] I am.

How many laps have you ridden at the track?

Alex: Over one hundred thousand, at least.

Jeremy: I can’t even tell you. It’s been a lot.

Favorite national moment you watched as a kid?

Alex: It would have to be either Ricky Carmichael doing a can-can down the downhill and endo-ing in maybe 1997, or Ricky lapping the entire field.

Jeremy: Ricky lapping the field in the mud race and watching my brother make his pro debut there [2008].

Worst job John's [their father] made you do at the track?

Alex: Either picking up trash after a race or tying a rope around your waist to a tree and trying to weed-whack a really, really steep hill.

Jeremy: I had to go out and weed-whack one of the hills—we called it turkey hill—and I got stung by a bunch of bees.

Alex: Well, the Holy Schmit isn’t really there anymore, so I will go with the uphill triple.

How much different is the race-day track from mid-week motos?

Alex: It’s massive. On race weekend, it’s soft and loamy and ruts in every corner. During the week, it’s like a California hard-pack blue groove.

Jeremy: Night and day. On race day, it’s nice and loamy, and there are lines and breaking bumps. During the week, it feels like a quad rolled the track and it’s rock hard.

Growing up, did you have any input on track obstacles?

Alex: No, my dad never listened to me.

Jeremy: Not really. When I was younger I didn’t really know what was going on. When I got on big bikes, my dad would build something and say, “Okay, boys, you’re my test dummies. Go and try it out.”

Who’s gotten in more trouble during a race weekend when growing up?

Alex: That’s tough one. Probably me. Back at that age, I was always wanting to hang out with girls at night. He usually just went back and played video games and ate some donuts [laughs].

What’s something about the property that most wouldn’t know about?

Alex: In the 1970s, kind of how the track got started, it was a hill climb. Right where the Chadapult is, right before that where the right hand sweeper is, there used to be a hill climb that went up there.

Jeremy: We used to have a hill climb at Spring Creek.

Alex: Actually, I don’t even know that guy. We don’t have a number or email address or anyway to contact the guy. He just stopped coming a few years ago.

Jeremy: That guy was something else. He used to be in the Army or something like that. I just always remember him being crazy, and he would sweat really bad and he stunk at the end of the day.

Who's better in the sand whoops?