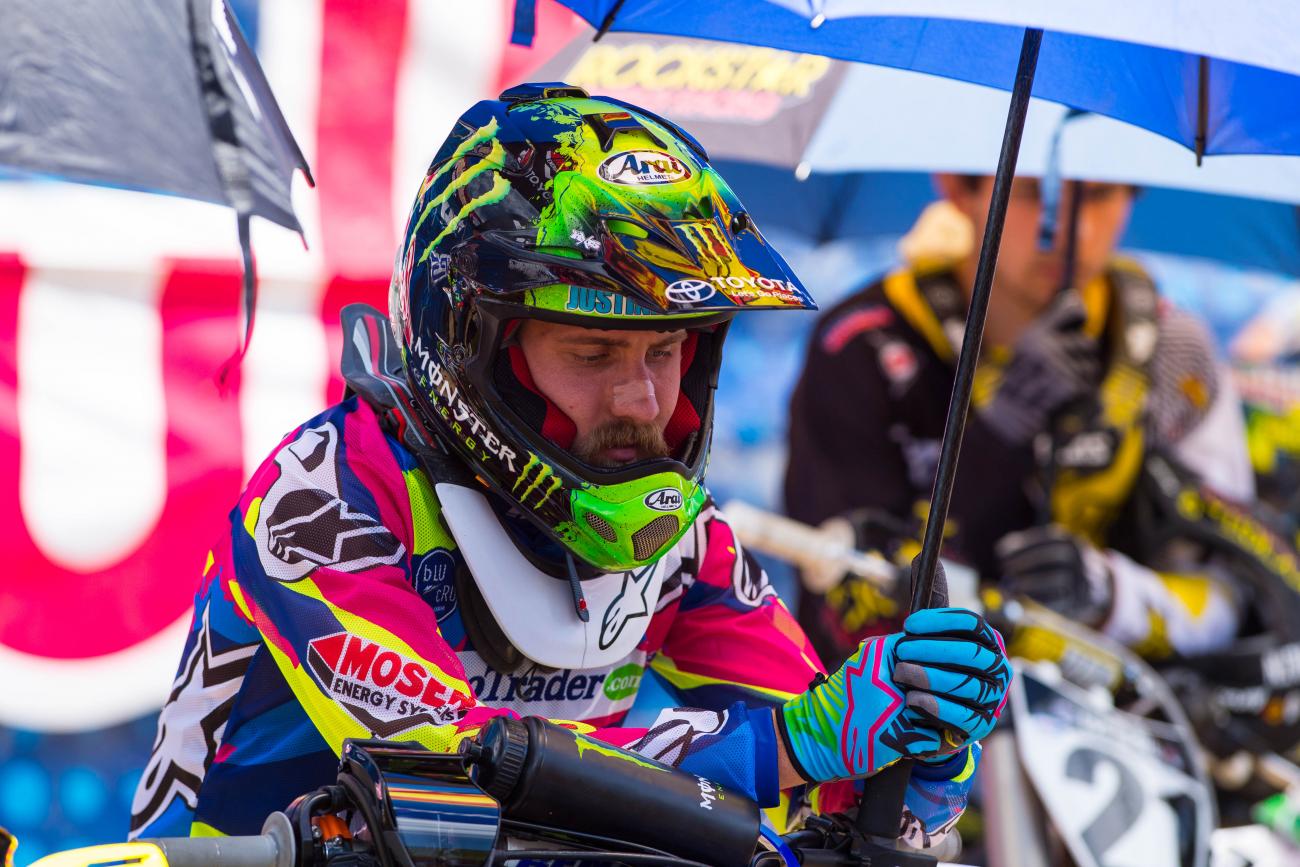 We know this. We’ve discussed this type of thing in bench-racing conversations time and time again. I could go on with examples, but we’re busy this week with about 1,756 Ryan Villopoto retirement stories. Good thing the “TwoTwo Motorsports closes its doors” stories came two weeks ago.

We already know that confidence is both powerful and elusive. But we still wonder why. Why is it so darned important in this sport?

These are easy knee-jerk reactions when you hear every rider harp on the mental side. But is it really possible that, through nothing more than sheer coincidence, every single professional motocross racer is a head case? Isn’t it actually more likely that something about the sport itself creates such mental mountains? I don’t think this is a chicken-or-egg question. A rider doesn’t come in a head case; he leaves that way.

We know this before the race even begins. Few things build butterflies in your stomach like lining up for a moto, and that’s why announcers, when looking for an easy crutch, say it’s “get nervous” time before the gate drops (I threw it out there just last weekend). Everyone gets nervous before a moto; everyone becomes a head case to some degree.

You can find other activities that can engage this feeling, like skydiving, but in skydiving the goal is to simply do the deed, to finish safely, not to compete and win like it would be in a motocross race. I suppose there’s competitive skydiving out there. But if you heard a professional skydiver was struggling to stay relaxed and be himself, would you blame him?

Motocross provides a unique combination of mental anguish. There’s the basic competitive nature of wanting to win but fearing failure combined with the fear of getting hurt. Many things can scare you and many sports can bring out competitive adrenaline, but few things combine both so well. It’s also key to know that one mistake can ruin an entire day, even if you don’t get hurt. In stick-and-ball sports you’ve always got another possession, another at-bat.

Riding a dirt bike is counter intuitive. The harder you go, the easier it gets. Bikes corner better by getting on the gas. It’s smoother to jump over jumps or skim over bumps than roll through them. It’s hard to negotiate a rut if you coast through it, but it’s easier if you look ahead and power through. If you’re scared, you want to look down to make sure you don’t make a mistake, but you ride better looking far ahead. If you’re worried about a jump, it’s tempting to slow down, but chopping the throttle is the worst thing you can do. Speed makes things flow, speed makes things simple, but speed is also scarier. So, going faster makes things easier but also carries more risk, more worry. Go big or go home.

On the professional side, the pressure becomes much worse because this is now a job. That’s a lot of load on any pro athlete in any sport, but the motocross situation is especially tough. Careers and contracts in this sport are short, and opportunities are limited. There are more players on one major-league baseball team than factory motocross riders in the U.S. One bad year, or even a few bad races, can seriously damage a career. It doesn’t help that folks like us are always on the sidelines judging harshly. In team sports, the athlete gets to bounce some blame off of teammates.

In other motorsports, the equipment can take some of the heat. This is an individual sport, and while we know equipment matters, we also know the rider is more important than the bike. The two individual sports that remind me most of the individual accomplishments, pressures, and judgments of motocross are golf and tennis, and those two sports are loaded with stories about confidence, choking, zones, meltdowns, and any other psychological mumbo-jumbo you can apply to sports. And guess what? They don’t have an injury factor like this.

Once you get to Barcia’s level, these are all factors. He’s dealt with the injury stuff lately. And he’s dealing with the small, unforgiving career window while trying to shrug off a contract and expectations that say he should be winning races. I consider Barcia, with his chip-on-the-shoulder attitude, one of the more mentally tough riders of all, but he told me at Glen Helen his confidence was starting to wane.

The pressures, anxieties, and fears of racing motocross for a living have sapped every rider at some point. The act of pulling your bike to the line at a local race with no money on the line creates nerves in the weekend warrior. If the act of just starting a dirt-bike race is enough to get someone nervous, you have to admire the tenacity of anyone who chooses to do it so often times that they become experts in the field, craving that feeling even more. They decided to compete as professionals in a sport that breeds nerves and anxiety because it also breeds adrenaline and competition. In that sense, motocross riders might be the toughest athletes, mentally, of all.