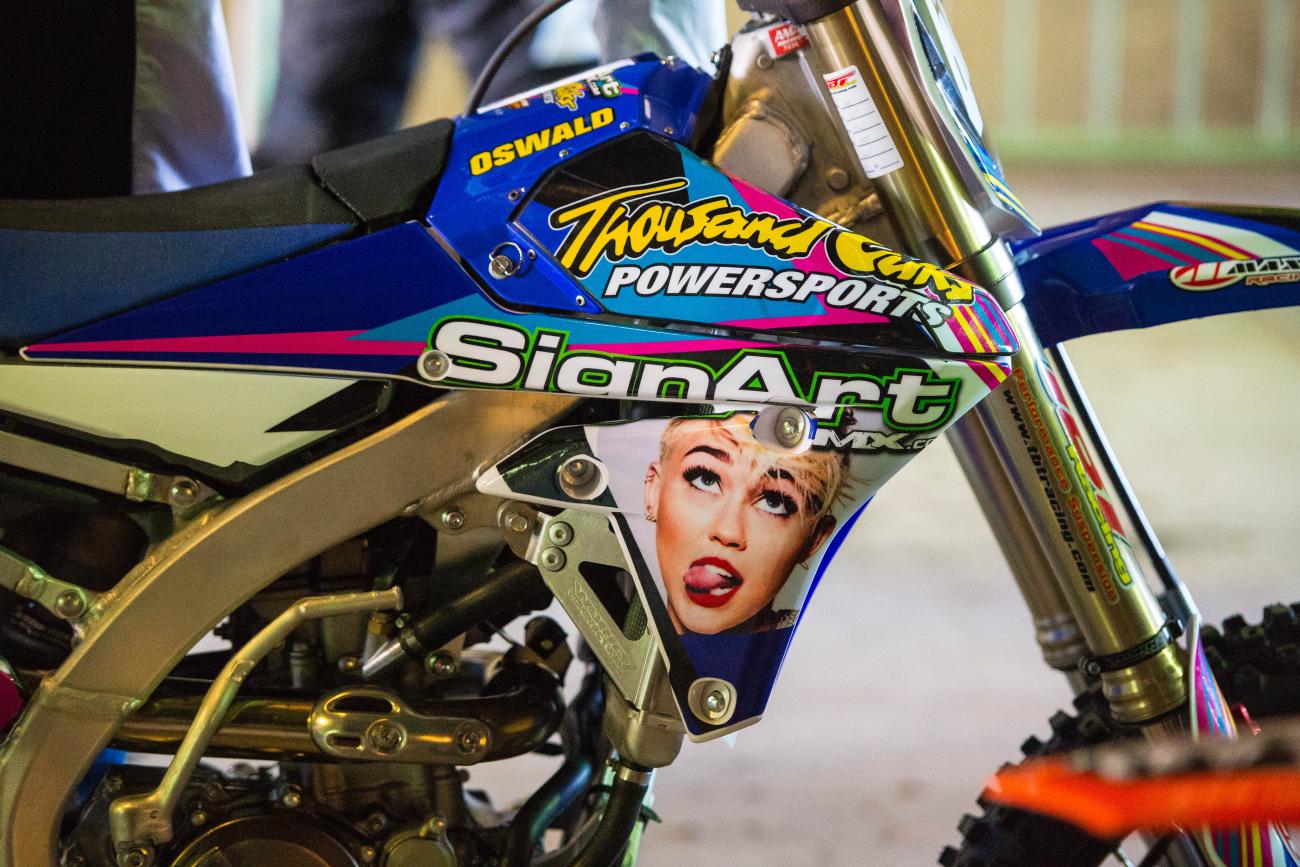 Welcome to The Word On… where we pull together some of our favorite stuff and stuff it in here.

We really didn't have much communication away from the track but always respected each other on. Congrats @ryanvillopoto on the H.O.F career. Fans needed more of this picture out there.

"Move up to Supercross sandbagger!" "Take that kind of riding back to AX!" I'm soooo confused I don't know what to do

Can someone help Tyler out?

Ever had to celebrate an anniversary or go to that one “friend's” birthday that just so happens to fall on Anaheim 1 or the NFL Playoffs—or whatever your favorite sporting event is? As bad as we want to skip our prior engagements, plop on the couch, and watch supercross, it ain’t happening. So, we do our best to hold off on social media and TV, until we get home and catch it on DVR. Unfortunately, us “media” folks aren’t going to put a hold on our reporting just because you have plans. Spoilers happen. They suck. But the people complaining doesn’t help the cause. Stef Schrader of Jalopnik has a good explanation on why the media doesn’t care about spoilers.

One major piece is consistent in both definitions: a spoiler refers to works of fiction, not live news. People don't say, "Aw, man, I don't want to hear anything about today's earthquake yet. I have the local news on my DVR at home." They also don't say, "lalala, I'm not listening, don't tell me anything about those Syrian rebels until I'm done with this paper and can go home and binge-watch CNN!" Why? Because those are news events.

I found this link the other day and felt it must be shared. Here’s the short of it: This guy named Mario Wienrroither has a new series in which he takes the music out of famous TV intros. Below is MacGyver, and it’s awesome.

Since James Stewart’s sixteen-month suspension was announced by the FIM on December 17, we haven’t heard too much from his Yoshimura Suzuki team, nor James himself, other than this statement in the team’s initial PR. Prior to Anaheim 1, Jim Holley of Supercross Live! caught up with Yoshimura Suzuki team manager Mike Webb. While his answer doesn’t really provide anything new, we’ve at least heard something from the team. Check it out below.

FACES AT THE RACES

In a nod to our comrades north of the border at Directmotocross.com, we’ve dug through more than 1,000 photos from Simon Cudby at the opener to present some of the “Faces at the Races.”

Stat of the Week

Monster Energy/Team Green Kawasaki team manager Ryan Holliday sent out an interesting tweet earlier this week. According to him, “Team Green graduates have won 19 of the last 22 straight 450sx titles.” (We checked, he's correct.) Here is the list of Team Green Champions, with The King kicking it off:

To expand: Former Team Green riders actually won eleven straight from 1993-2003, until the streak was broken by Chad Reed. The brand went three straight years following 2004, until Reed broke it again. Since then, only Ryan Dungey in 2010 was not a former Team Green member. Quite impressive!

IT’S A NICE DAY FOR A WHITE WEDDING….

It's a nice day to start again. Thanks to @Kimmy_98329 for sending this gem over.

In the latest issue of MXGP Mag, newly re-elected Director of the FIM CMS commission, Tony Skillington, announced that in 2015, MXGP would return to forty-rider gates. “This is to allow for the situation when we go to certain countries when we are not getting full grid,” Skillington said. “The idea is to expand the number that we can take in, to take in more and I think for the coming season it’s going to be interesting to see especially in the early races what the numbers are going to be like.”

Skillington went on to say: “When we talk about MXGP with the numbers at 30 we were limiting ourselves to those numbers because we wanted to try and get the best qualify in there…”

By now, you’re all aware that Steve is way, way too busy to submit his classic podcasts. Yes, watching the Maple Leafs lose is a demanding job. Anyway, here’s Moser again.

If you don’t know who Dave Castillo is stop whatever you are doing, download this podcast and get ready to wish you were him. Imagine growing up in the California hills of Castillo Ranch, yes that Castillo Ranch of Terrafirma II movie fame. Dave also known as God Bod for obvious reasons talks about how his dad developed one of the first knee braces, which evolved into Innovation sports known today as Asterisk. A professional motocross rider himself, Dave talks about his integral part of the infamous Great Western Bank team with Denny Stephenson and Buddy Antenez. With a name like God Bod it’s no surprise that he naturally evolved into a stunt man in Hollywood and talks about the ins and outs of the movie business. This podcast has it all, Dave is a true to live moto movie star, I’d love to meet the guy someday and buy him lunch.

Racer X Films’ Austin White recently released his demo reel of action sports he’s been directing, producing, and filming for his company, USA Sport Inc, over the past five years. The video contains footage from their helicopter, red cameras, and other equipment. Check it out below.