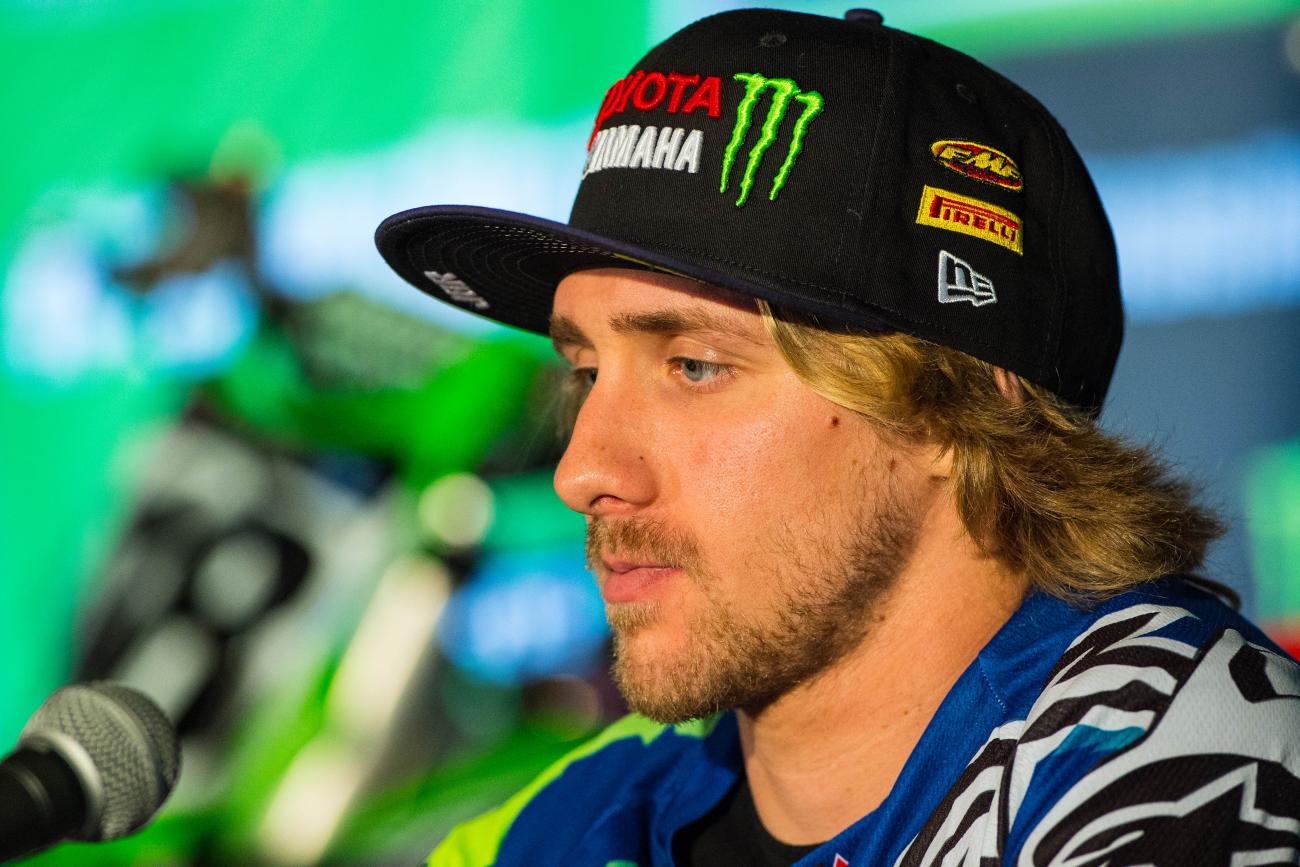 3 on 3 Questions after Anaheim

1) Is what we saw at A1 a realistic expectation for the rest of the season?

Aaron Hansel: It depends on whom you’re talking about. There were plenty of guys who did well that should have done well and a few guys who had bad nights. Obviously I don’t expect Davi Millsaps and Eli Tomac to be crashing and finishing nineteenth and twentieth every single night. I’d even go so far as to say that I’d be surprised if we don’t see a few wins come out of that pair. As for Ken Roczen? I’m going to go out on a limb and say I think we’ll be seeing him running up front pretty frequently all season.

One situation we saw at A1 that I hope doesn’t become the norm is the banging between Tyler Bowers and Zach Osborne. I’m all for rough riding and hard passes here and there, but this has the potential to spiral out of control. Bowers is an aggressive rider, and I think he made it pretty obvious he isn’t going to back down from anyone. That’s fine, but the other riders probably aren’t going to appreciate it if they feel the smashing and bashing is happening just for the sake of smashing and bashing. We already have one casualty (Osborne’s fractured thumb) and we don’t need more injuries thinning the herd because of guys going out of their way to punt someone. Rant over.

Chase Stallo: I don’t think Anaheim 1 is truly ever an indicator of what’s to come. It’s easy to get in a state of hysteria, make rash over-generalizations, and ultimately come to a conclusion that may be thrown to the wind a week later. Ricky Carmichael never won the opener. He has five premier-class titles. James Stewart didn’t win A1 on his way to the 2009 title. Neither did Ryan Dungey in 2010. Nor Ryan Villopoto in 2013 and 2014.

Anaheim is a chamber of nerves. It tends to play against riders’ natural tendencies. Some things will continue to play to the A1 theme—Roczen being fast, Canard a weekly podium threat, and Nelson a legit title threat—but for the most part, it will all be forgotten a few days from now. Carmichael put it best on Fox Sports 1 following Anaheim: “There is sixteen [more] races. That’s the thing about supercross, it’s so grueling…the one win is great, but unfortunately it will be forgotten about tomorrow.”

David Pingree: From Ken Roczen and the rest of the guys who found the podium, yes. For the rest of the field, not so much. A1 is always a crap show with crashes and drama and nervous breakdowns that make Amanda Bynes’ meltdowns look like Mahatma Gandhi meditating on a beach. Millsaps will be better, Tomac will be better, and Justin Barcia will be better. The opener is just a peek at what’s to come. It will be several rounds before we have a clear idea of what each rider can do.

2) Eli Tomac and Davi Millsaps each scored less than 3 points. Can they come back and win a championship?

Hansel: They didn’t do themselves any favors by upping the pressure right out of the gate, but yes, it’s possible. Ricky Carmichael crashed out at A1 in 2002 and came back and won the championship by 35 points over David Vuillemin. In 2009, James Stewart crashed out of the opener and still managed to beat Chad Reed to the championship. Ryan Villopoto didn’t crash out in 2013, but he still started the season in a big hole by finishing sixteenth at A1. I don’t think I need to tell you how the season ended for him that year. It’s not going to be easy, and the necessity of avoiding bad races from here on out won’t help, but they can both take comfort in the examples above.

Stallo: Can they? Sure. As Hansel mentioned, we’ve previously seen Stewart, Carmichael, and Villopoto all overcome bad nights at the opener to ultimately win the title. But, as history indicates, it’s a long road. In 2002, Carmichael won eleven races after Anaheim. In 2009, Stewart won seven straight, eleven overall, to overcome his deficit. In 2013, RV won ten times after his sixteenth-place finish. While each can win the title, it’s going to be tough to get double-digit wins against this field.

Ping: Yes, but they will need some help from Ken Roczen. Saturday night was exactly what I was hoping wouldn’t happen. Ken was the obvious heir apparent last year, and he proved it by giving RV all he could handle for most of the season. A late season slump hurt him in the points, but his speed and skill were on full display. At A1 he was simply on a different level. I’m curious to see if Eli, Trey, or Davi have anything for Ken even if they start with him. I hope so.

3) Justin Barcia was good, but not great, at A1. Is this where we should expect him, or does he have more?

Hansel: I hate the “You’re only as good as your last race” mentality. Barcia definitely has more. At face value his sixth-place is just “ehhh,” but he really had to work to get it. A terrible start left him in fourteenth place after one lap on a track that was very difficult to make passes on. His fastest lap came on lap nineteen too, which is a good indicator that his fitness is where it needs to be. I spoke with Barcia briefly afterward and he didn’t seem discouraged at all. He acknowledged that his starts need to be better but was quick to point out the positives too. Said Barcia, “The speed and the fitness are there; I just have to put all the little things together. It’s going to happen, for sure.” I think so too, and if you think a sixth is all he’s got, you’re crazy.

Stallo: As we’ve seen, Justin Barcia is not immune to a slow start to the season. He began 2013 with a seventh at A1 before winning the next weekend in Phoenix. In 2014, he went 5-11-4-6 before cashing in on his first podium in Dallas. Barcia relies heavily on good starts, which he didn’t get at the opener. It was only his second race stateside on the Yamaha, so let’s give him a couple races before we hit the panic button. Unfortunately, with such a deep field, that may be all the time he has.

Ping: I’m pulling for Justin and I hope he builds as the season goes. I’ve heard he was off the pace at the overseas races, but working with Johnny O’Mara meant he would be 100 percent ready physically. He has the talent, but the opener was not a great start for Justin. I really like that kid, even when his hair and beard get super out of control. I think we will see him on the box by the next Anaheim race.