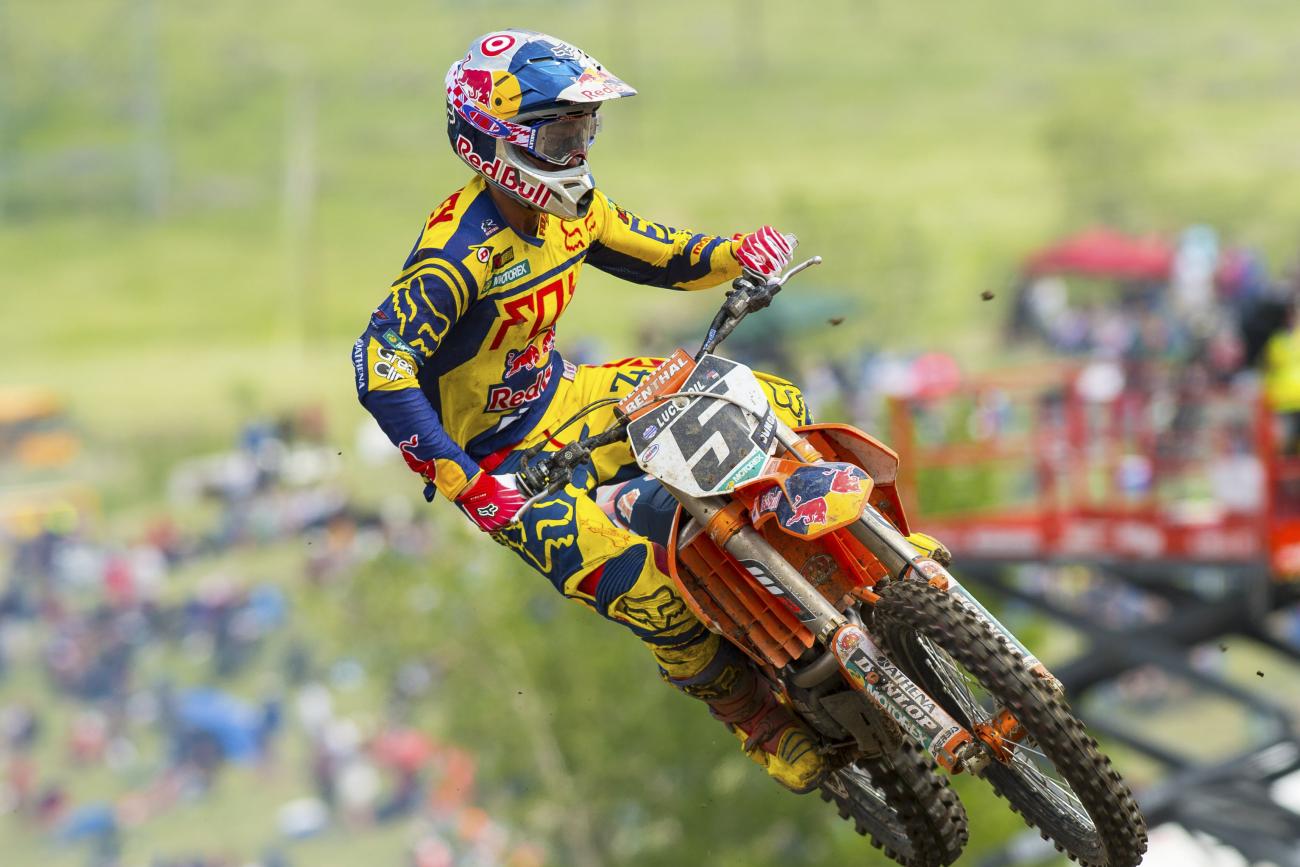 A few weeks ago, we ran through some stats to demonstrate Ryan Dungey’s consistency.  The Red Bull KTM man has now reached an impressive 76 straight AMA National Motocross starts without interruption, tracing all the way back to the start of the 2008 season. To repeat: that’s seven seasons without missing a race!

But we all know Dungey is as solid as they come. We were surprised to see that Justin Barcia was not too far behind, as Bam Bam had never missed a National in his career, going back to his debut at the Glen Helen opener in 2009. Barcia raced his 62nd consecutive National at Hangtown… but then missed last weekend’s race at Thunder Valley, ending his streak.

We’re not quite sure what’s next for Barcia. We chatted with Honda Muscle Milk PR spokeswoman Mandie Fonteyn at the track and she indicated Justin had been dealing with a nagging foot/ankle problem for a while, and then a crash during the week aggravated it further. They hoped he could ride Thunder Valley anyway, but on Friday morning they decided it wasn’t possible. Now we all wait. We’ve heard Barcia could be out for an extended period, or be back shortly, it all depends on further check ups. Regardless, his impressive start streak is over.

It’s been that kind of an up and down year for Barcia. Up until he missed this year’s Atlanta supercross due to a practice crash, he had actually never missed a supercross race in his career, either. Including East/West shootouts, Barcia had raced 49-straight supercrosses without missing one.

While Dungey’s consistency usually carries the day, he’s getting some real heat now from his teammate Ken Roczen—and Roczen, too, has proven darned consistent through the years. Like Barcia, he’s never missed a National in his career, racing all 13 rounds in the 250MX class in 2012 and 2013, and the first three this year. That only adds up to 29-straight, but remember Roczen spent his early years in the GPs, as well, and we counted 41-straight MX2 GP races from his debut in mid 2009 through his final full season in 2011. All together, that’s an impressive 70-straight starts in motocross, and we’re not even counting a few MX1 appearances that Roczen has sprinkled in during various returns to Europe.

Add it all up, and Roczen’s streak of making it to the gate every weekend rivals Dungey’s—which means we’re probably set for a championship battle right to the finish this summer.