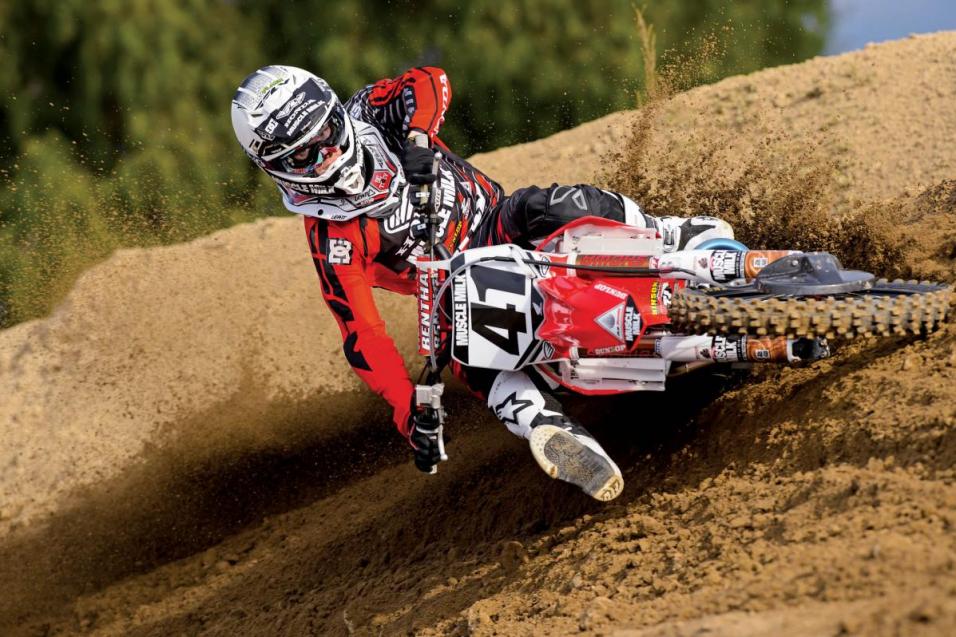 Trey Canard – Broken Arm
Comment: Honda Muscle Milk’s Trey Canard suffered a broken arm over Thanksgiving weekend and is expected to miss at least the first couple rounds of Monster Energy Supercross. “Of course we are disappointed that Trey will miss the opening rounds of the 2014 SX season,” said Director of Racing, Ray Conway in a statement released by the team. Trey had surgery to put a plate in the arm and is expected back a few weeks into the season.

Austin Howell: Lacerated Spleen, Punctured and Collapsed Lung, Bruised the other Lung, Broken Ribs, Fractured Collarbone, Fractured C-3 in Neck, Surgery on Wrist
Comment: We contacted Howell before Anaheim 1: “Everything is healing up pretty good. My wrist is healing well, I had surgery on it two weeks ago and get the cast off next week. Hope to see me on the East Coast. Will be back on the bike as soon as I can and pick up where I left off.”

Ben LaMay – Dislocated Wrist, Broken Upper Jaw, Broken Eye Socket
Comment: Ben LaMay suffered a big crash right before Anaheim 1 and is expected to miss a significant portion of Monster Energy Supercross. The Cycle Trader Rock River Yamaha rider tweeted the following this week: Well I crashed yesterday huge and did some damage, dislocated wrist, broke upper jaw, broke eye socket, concussion, stayed the night in the hospital with my babe @sshheerryyllox. Really really bummed this happened cause I was ripping and ready for this season.

LaMay tweeted the following today: Looks like I'm having surgery Monday on my face, having titanium plates put in my jaw and face so now I'll be like ironman. 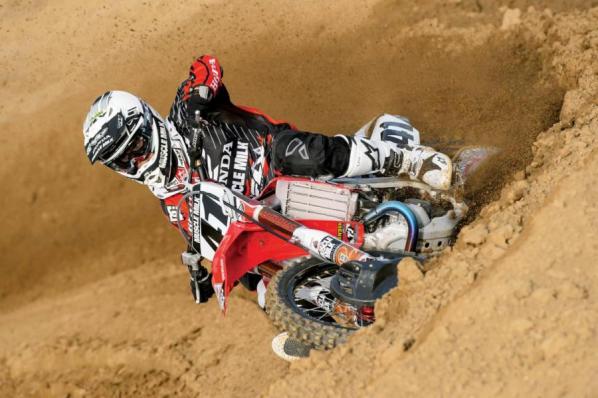 Trey Canard is expected to miss a few rounds due to a broken arm.
Simon Cudby photo

Davi Millsaps – Torn ACL
Comment: Millsaps, the 450SX runner-up the past two seasons, crashed while practicing at Milestone and tore his ACL. It’s the first injury Millsaps has ever had on that leg, as the knee injury that cost him the 2013 Lucas Oil Pro Motocross Championship was on the other leg. He had surgery in mid December and can only say, “I’ll be back as soon as I can.” Considering the typical return time from ACL surgery, we don’t expect Davi to return until the Nationals.

Broc Schmelyun – Broken Legs
Comment: Pennsylvania privateer Broc Schmelyun will miss all of Monster Energy Supercross after breaking both his legs in a late December practice crash. “This is a very unfortunate injury at a time where Broc has really worked hard and prepared himself for the supercross season in the premier class," said Gary Luckett, Traders Racing team owner.

Blake Baggett – Broken Foot
Comment: Monster Energy/Pro Circuit Kawasaki’s Blake Baggett suffered a broken foot testing this off-season. Baggett was scheduled to race the 250SX East Region. At this time there is no word if he will be ready for the opener.

Justin Bogle – Five Broken Vertebra and Broken Shoulder Blade
Comment: GECIO Honda’s Justin Bogle suffered a huge crash at the team’s Milestone test track in early December—he reportedly caught a footpeg while scrubbing a triple—and suffered five broken vertebra and a broken shoulder blade. "My mindset hasn't changed or anything like that," he said at the time. There is no timetable on his return, but the team picked up Blake Wharton as a replacement in the East.

Casey Hinson – Crushed and Dislocated Right Wrist, Fractured Left Hand and Fractured Face
Comment: Privateer Casey Hinson is hoping to return late in the series after a December practice crash where he reportedly clipped a landing in a rhythm section, and went headfirst into the ensuing jump. 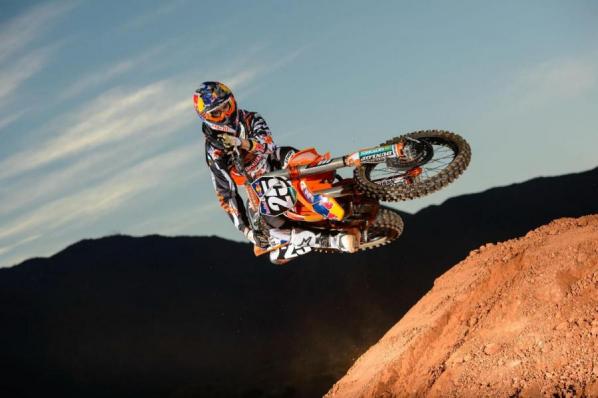 Marvin Musquin – Torn ACL
Comment: Red Bull KTM’s Marvin Musquin suffered a torn ACL in early December and will miss the start of the East Region. Musquin has already undergone surgery in his home country of France. “This is an unfortunate injury, but we know Marvin will do the all steps necessary to recover as quickly as possible and come back when he is 100 percent,” commented team manager Roger DeCoster in a statement released by the team.

Joey Savatgy – Broken Wrist, AC Separation, Broken Ribs and Partially Collapsed Lungs
Comment: The 2013 SX Rookie of the Year is expected to miss some time on the East Region after a huge crash at Milestone in early December resulted in a broken wrist, an AC separation, broken ribs and partially collapsed lungs. Rockstar Energy KTM has signed Cole Thompson in the case Savatgy won’t be ready for the East Region. Thompson will also ride the 350 S-FX at a few 450SX races on the West Coast and the 250 on the East.