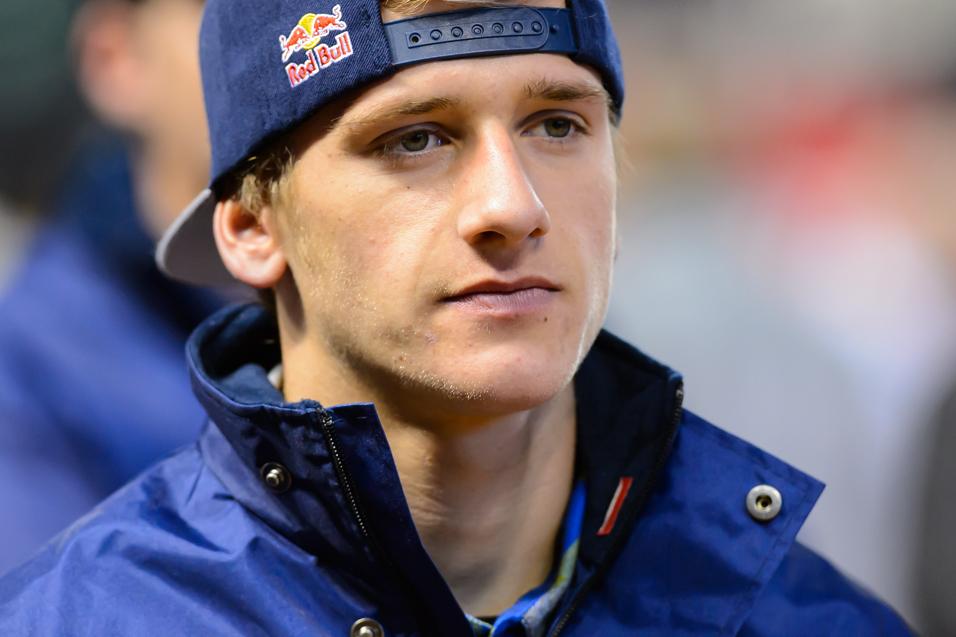 Rapid Reaxtion Roczen on the 350

Why not? Unless Ken Roczen's ultimate goal in America is to win the 250SX West Region, which I highly doubt, he should again take the opportunity to learn and improve as much as he can. It's really no different than what we saw him do last year, except for the fact that he now has the points lead out west. But sitting at home Instagramming funny pics of his food is probably not the quickest way to get better; jumping into the deep end of the pool where the sharks swim -- Ryan Villopoto, Davi Millsaps, James Stewart, Chad Reed, Justin Barcia, Trey Canard, etc. -- is the quickest way to the top. That's why Eli Tomac is already set up in the 450 class.


Think back to Chad Reed in 2002, when he raced several premier-class races out west before the East Region started... That helped Chad not only get himself ready for racing when his region picked up, it taught him a lot about what to expect the following season, where he opened his first full-time season with the big boys by winning the Anaheim SX.
Ryan Dungey, Kevin Windham, Jeremy McGrath, Nathan Ramsey, Damon Bradshaw -- they have all moonlighted on opposite coasts, and it worked out okay for them. By moving up now, Kenny Boy is showing the world that he wants to become Kenny the Man sooner than later.


And if he rides in this sand like he did in the much-deeper silica at Lommel, a podium is not out of the question at Daytona for #94.


You'd be crazy to argue against Roczen getting in some racing on the east (even if it's only one race) because we all know that will keep him sharp for when the west resumes. Last few years, West Region guys who raced some big-bike stuff in the East (like Cole Seely) came back strong when they got back on the 250s. And as for risk, hey, Roczen's title-rival Eli Tomac is doing four 450 races, so this is still less risky than that.


My question is "Why just Daytona?" I asked Red Bull KTM Team Manager Roger DeCoster and he said they want Kenny to race the 350, and they think the Daytona track works best for that bike. I'll take this further: KTM would still like to make the 350 work in America, and they believe the best way to do it is by transitioning a rider from the 250s onto one (when they tried to move Andrew Short and Mike Alessi, who had raced 450s for years, onto the smaller bike, it didn't work). So Roczen could be their 350 poster child for the future. He's already ridden the bike pretty well in supercross before (remember he challenged Short for the win in Seattle last year) so this time, the experiment might work. As for this weekend, I don't know if you'll see Kenny jump right to the front of this deep field (Tomac has had his troubles so far, too) but you might be getting a glimpse of a full-time 350 future for Roczen right now.

Ken Roczen is joining the circus on Saturday. No, not the bearded lady circus, the action packed 450 class is the fray he is signing up for. With arguably the deepest field ever, the addition of wunderkind Roczen adds even more intrigue to a big Florida weekend. As the current West Region points leader, he joins his main rival Eli Tomac in the big boy series. After a surprising runner up at Seattle last year in his 450SX stint, I am sure he is looking to open some eyes once again. With no pressure and a favorable outdoor style track, there's a chance we will see the #94 near the front come Saturday.