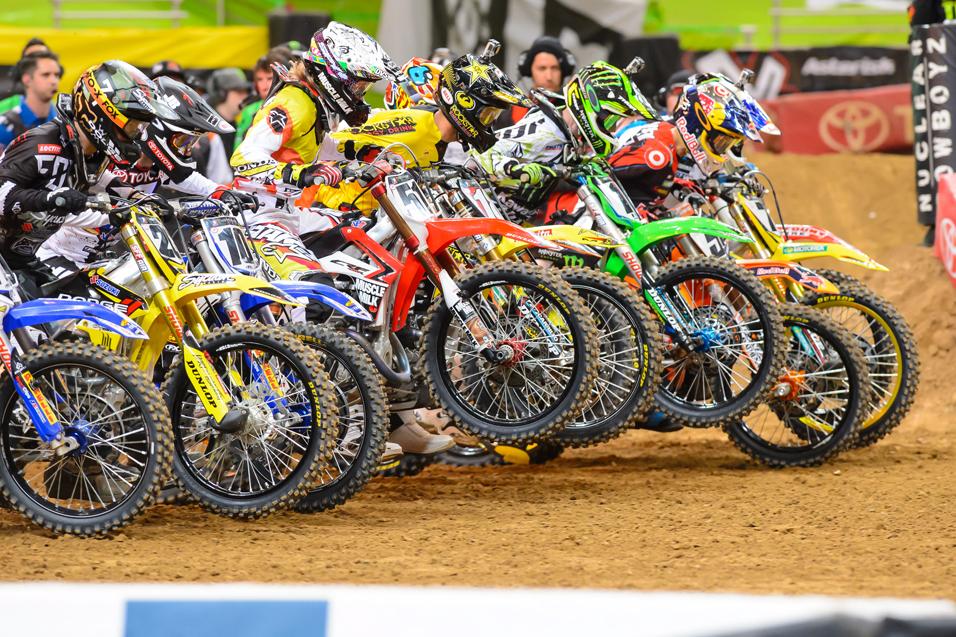 - Ryan Villopoto regained his spot atop the fastest lap throne with a 49.369 on lap 6.

- Ryan Dungey was on fire down the home stretch, setting eight straight laps under 51 seconds to end the race.

- The latest, fastest lap of the night belonged to Justin Brayton who laid down a 50.980 on lap eighteen.

* The data for lap number four was skewed due to a red flag restart. Therefore we were unable to use lap four data.

Let’s not continue to beat a dead horse here. The scenario that played out between Ryan Villopoto and James Stewart has been well documented, so let’s dig a little deeper into the lap times to see where RV gained and lost ground in St. Louis.

There is no denying that RV was en fuego on Saturday, but Stewart was right there with him every step of the way. The two averaged a blistering pace that hardly ever left the 50-second mark. But RV was a notch better in the first half and then turned things up a little more to separate himself from Stewart and the rest of the pack late in the race. As you can see, it's all coming down to a scant few tenths of a second. 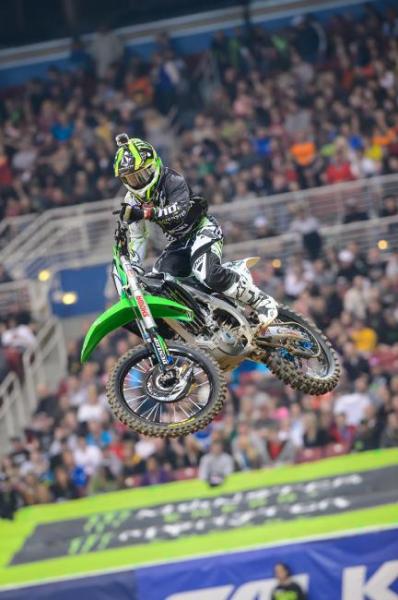 - For the third consecutive week, Dean Wilson would set the fastest 250SX lap of the night with a 49.795. Wilson would also set the fastest average time of the night with a 50.598. How is this possible considering Wil Hahn won the race? It’s actually pretty simple. Lap 1 is NOT counted toward your average time due to the fact that the rider does not complete a full lap.

- Wil Hahn and Wilson were the only riders in 250SX to set all of their laps under 52 seconds.

- Receiving heavy pressure from Dean Wilson down the stretch, Hahn turned it up a notch, ending the race with five straight laps under 51 seconds.

- The latest fastest lap of the night would belong to Hahn and Zack Freeberg, who both set their fastest laps of the night on lap fourteen. Hahn had a 50.232 and Freeberg a 53.065.

- Blake Wharton joined Wil Hahn and Dean Wilson as the only three riders to set all of their laps under 53 seconds.

- Only six riders’ average lap times were under 53 seconds, compared to fifteen in 450SX.

Following his second consecutive runner-up finish in St. Louis, Dean Wilson told Racer X’s Jason Weigandt, “I think I proved to myself that I’m the fastest,” and that he just needs to “put it all together.”  As mentioned earlier, Wilson did prove to be the fastest in St. Louis—setting the fastest 250 lap of the night and the fastest average lap time. Let’s go deeper into the lap charts to see where Hahn may have picked up time.


We divided the race into three segments: the first four laps, the middle five and the last five. According to the data provided by the AMA, Hahn was slower than Wilson in all three segments. Wilson was a bit faster in the first segment, and then really made up ground through the middle of the race. But once the pressure mounted on Hahn late, he picked the pace back up and nearly matched Wilson’ 50.607 average lap time on the final five laps, averaging 50.662. 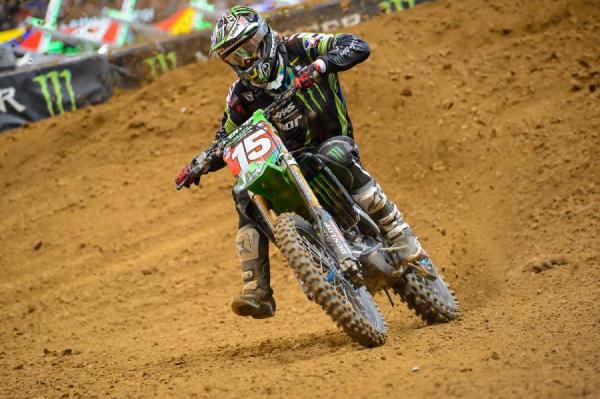 Wilson set the fastest lap of the night in 250SX.
Simon Cudby photo