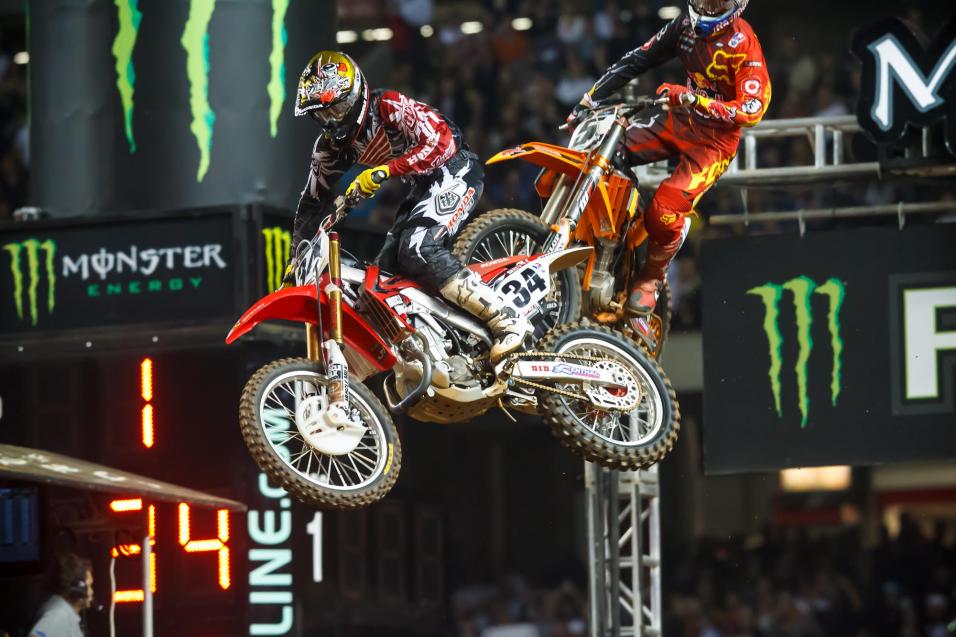 Cole Seely is a new-school kind of guy. He digs drift cars and video games. He's young and his agent will tell you he's a hot commodity with all of these hip brands.

But for one night last year, he was a throwback.

In Atlanta, Seely was given a shot at Trey Canard's Team Honda Muscle Milk CRF450R and got off to the early lead. And he held strong for awhile, leading the likes of Ryan Dungey, Ryan Villopoto and James Stewart for a few laps. He would finish sixth.

Those laps led are mostly forgotten now, but it's the stuff that builds parity in supercross. In supercross, you can't make parity. Parity has to make itself. With this unique combination of athletics and mechanics, rule changes and machine manipulation can't artificially create good racing. The only reliable path is to develop more talent, but that development is only fulfilled when the rider gets a big shot of confidence. He has to get a glimpse of the big time and realize that he has what it takes. It's how Ryan Dungey took The Leap after finishing second on a 450 in Minneapolis in 2008. How Trey Canard took The Leap after a pile of 450 podiums a few years ago. And how quick 450 success is making Justin Barcia and Eli Tomac—both main event winners at the Monster Energy Cup—the next big things.

While victories in supercross go to only a select few, starts are more random. Seely took advantage of that to get into the lead. Unfortunately, opportunities are rare these days. The first few laps of a supercross race used to be easier. This is when 20-lap main events played out more like marathons than sprints, and the top riders often hung back during the early laps. Bob Hannah, Ricky Johnson, Jeff Stanton and Jean-Michel Bayle were not holeshot artists, and their race strategy could allow some young buck to get cagey and lead for a bit. They let things sort out, then dropped the hammer.

Twenty years ago, Jeremy McGrath changed all that. When the veterans let him lead a few laps, he promptly took advantage and led all the way to the finish. Ever since, starts have become an even bigger part of the game. Now, we only see a few races a year like Seely's in Atlanta, where a truly unexpected rider leads the best in the world. 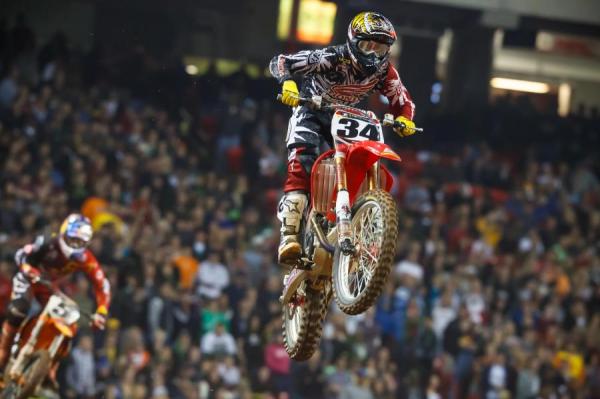 Seely got a glimpse inside a world very few riders see--but even a glimpse provides a big benefit.
Cudby photo

It doesn't always work. Many Lites riders give the big class a shot, and role strong when riding without pressure. Sometimes they're just on adrenaline. Sometimes they're running a pace impossible to sustain for 20 laps. Sometimes, those laps do nothing but create a few fun memories to point out in their golden years.

But I wish it happened more. Of all the races I watched last year, Atlanta was one of the best. In races like that, laps click off in an unexpected manner. The stars know they'll get the kid eventually, so they bide their time and let reality catch up to him. Then they do the same. The race plays out totally different than a typical one, because while most races are pretty much decided by lap 10, in Atlanta, the real battle was just beginning at that point. In these types of races, the supercross world looks different, it looks the way we want to see it every week. Better yet, that glimpse of the front helps build confidence for the new kid, and spreading that confidence can help build parity for the future.