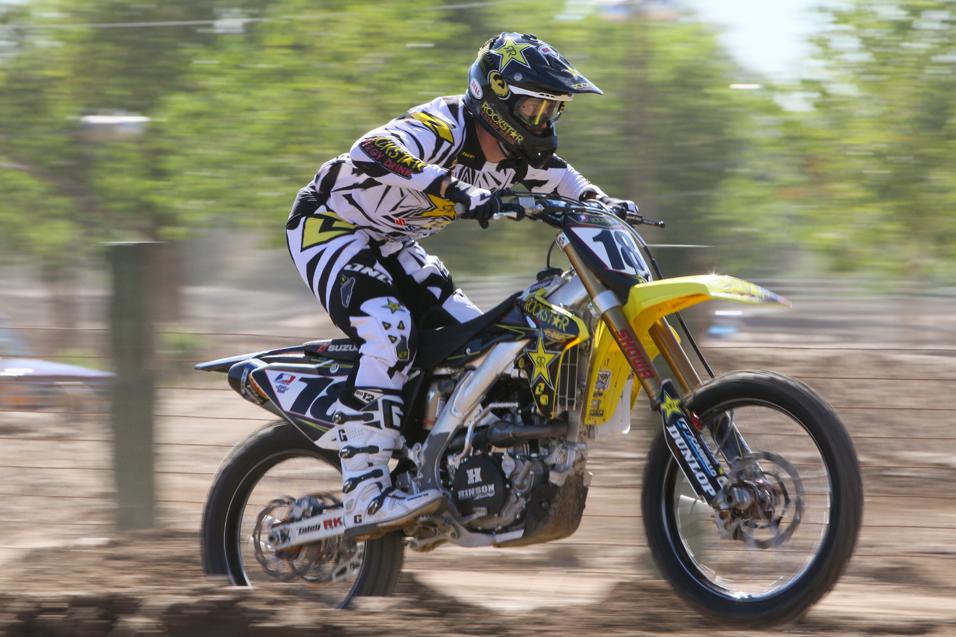 Rockstar Energy Racing Suzuki’s Davi Millsaps is anxious to get cracking on trying to improve his placing from last year’s supercross series. After two years on blue at JGR Yamaha, Millsaps is back on the brand that launched him as a pro and made his name as a top amateur. Davi’s got a new team, a new bike, new gear, goggles, boots and his own semi truck. In short, it’s a new beginning for Millsaps and we called him to get his thoughts.

Racer X: First up, how’s everything going?
Davi Millsaps: It’s going great, I love the bike and no complaints yet from me. We got started testing and we’ve done mostly suspension but some motor. We are testing everyday and working to make the bike better. The team is great, everyone is supportive and working hard to getting things accomplished. This is their first swing at the 450 class, although they did do it with [Tommy] Hahn one year, this is a little more serious. Rockstar stepped up and wanted to have a 450 program so we’re going for it.

Look at you, you have your own semi truck too!
Yep.

Wow. Big pressure.
[Laughs] No pressure, it’s nice because I can have my own little area to myself to focus and relax when I need to. I can have my so-called posse as you would say in there. And also, we have a kid now which makes it easier to have your own truck as well. It’s nice to not have a bunch of 250 guys running around! 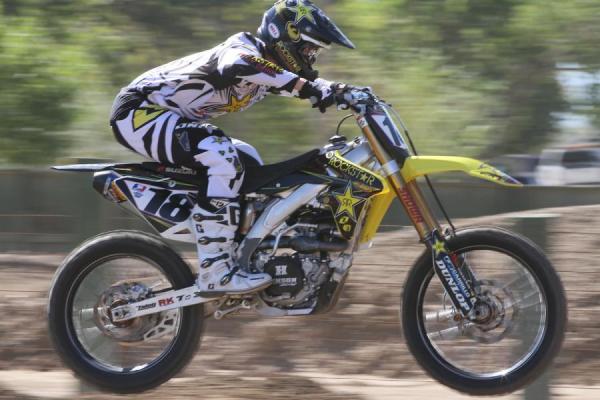 Millsaps returns to familiar place for the 2013 season.
Guy B / VitalMX photo

How’s the Suzuki, what do you like about it?
I like it, it’s a good feeling bike. The way that I ride it, it’s pretty skinny and it turns really well. Handles well also. The power is a little different than the bike I have been riding but we’re working on that department and we’ll get to where we need to be, I’m not worried.

Yeah, the Yamaha has got great throttle response and a strong motor…
Yeah it does, those guys at JGR did a gnarly job. Dean Baker over there is good at what he does, I’ll say that.

You had a great supercross season and got hurt in the outdoors, when it came time to sign a new deal what was the process like? Who did you talk to and how did the Rockstar Suzuki ride rise above all the rest?
Well I was talking to JGR obviously, this team, and Hart & Huntington. Those were the three that we were really talking to and in the end, everyone says it’s for the money and all that but no one really knows why. No one understands the insides of anything and that’s fine, they don’t need to know. It had to do a lot with where I went, it wasn’t about money at all. I like the guys at JGR and H&H, nothing against them. This was probably one of the hardest calls I had to make in my career but I think I made the right choice.

No Monster Cup for you, just didn’t feel ready?
No, we weren’t ready as a team. And I mean everyone, including me. There wasn’t much sense in going out there when we weren’t ready without much time on the bike. (Ryan) Dungey did it last year but they had a team already in place, while over here we didn’t have that program ready and there just wasn’t time. We’re playing catch up a little bit but we’re catching up real fast.

So what did you think of the event as a whole?
I liked it. I thought the track's transitions weren’t that great. Some of those amateur all-stars and 80 dudes had troubles with it. That’s just from my TV, everything seemed really abrupt and unless you really knew what you were doing, it could bite you. That double before the finish line caused some crashes because the 80’s couldn’t get over it. They need to think about everyone that is racing, not just the main group of guys. I thought that part was poorly put-together but everything else was good. I thought it was a bit one-lined but that’s Vegas sometimes. The rollers going into the Talle-Vega section looked sketchy. 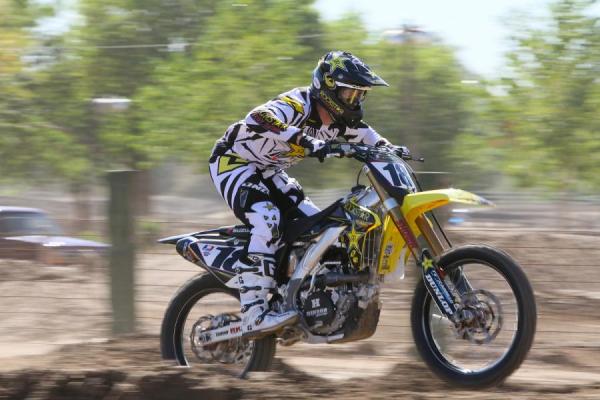 Millsaps will be the lone 450 rider for Rockstar Energy Racing Suzuki in 2013.
Guy B / VitalMX photo

You’re a hater of the event!
No, I’m not. I liked it, the Joker Lane was good also but I think it needs to be more than what it was. I thought there would’ve been something cool there instead of singles. If they are going to do that, make it two walls. I thought that it didn’t cost you enough time, Tomac maybe lost a second the last time he took it. Make it so it’s slow and everyone has to do it the exact same way.

How’s your buddy Martin Davalos going to do this year on Pro Circuit?
I figured that question would come up.

Why?
Because he’s been my best friend for nine years and now I went to his old team and he leaves. But you can’t hate him for going to PC, he had an offer a long time ago and he passed it up. This time you can understand him finally taking it. I hope he makes the best of it and it’s where he can step it up. Everyone knows he’s fast and he’s shown speed at a lot of races. He’s won heat races and set the fastest time a few times. I kid him about that. With Mitch being there and all the titles that he’s won, let’s hope that his program is really good for Martin and I hope he takes advantage of it. Everyone that knows him believes in him 100 percent and knows that he can do it.