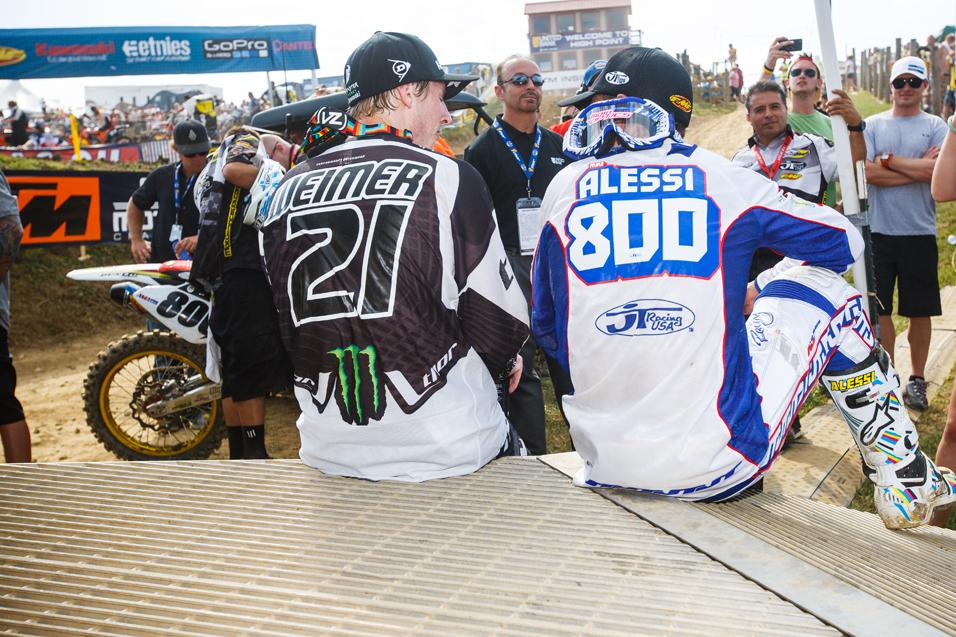 The season is over, but soon testing and prep for 2013 will begin. But in between sits a sweet spot where the riders can actually relax and unwind for a few weeks. Unless you're racing MX of Nations, or coming back from an injury, most of them don't ride at all this time of year. We ran through our contacts and fired off a bunch of texts with the question "Have you been riding?" Here's what we got back.

Wil Hahn - "Nope I haven't ridden. I've been in Kansas with my friends watching local races and going to a benefit for a childhood friend. Now I'm back in Texas helping my dad and having some quality family time."

Dakota Tedder - "I turned 21 the Monday after Elsinore, so I've been doing what I haven't been able to do my whole like hahaha. I've also been surfing and jet skiing. Just got off the largest ship in the world, Allure of the Seas and now going on a private boat in St. Thomas. I'll be home in a week, for a day, then I fly with my brother Myles and a few friends to Nicaragua for a nine-day surf trip. Then I'll come back home, get my knee scoped and get ready for Lites West Coast SX."

Kyle Chisholm - "Nope, no riding for me. Just relaxing and doing a lot of golfing!"

Bobby Kiniry - "I've done some outdoor riding and was going to do the GNCC at Unadilla but my bike broke. Other than that I've been fishing a lot and even going to enter some tournaments!" 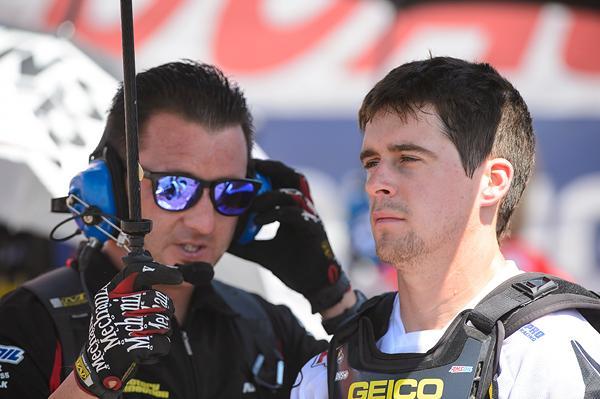 "Nope I haven't ridden. I've been in Kansas with my friends watching local races and going to a benefit for a childhood friend." - Wil Hahn
Simon Cudby photo

Jason Thomas - "Nothing at all, I'm retired bro. Although I do have the German SX series and a bunch of Euro races to get ready for."

Andrew Short - "Nope, I haven't ridden at all but I did go to a rodeo and visited some doctors."

Eli Tomac - "I haven't ridden since Elsinore. My program has been archery, elk hunting and golf."

Justin Bogle - "I've actually only ridden once, at the Warriors for Freedom ride day at Reynard Raceway. Other than that one day, I've been laying low and enjoying my time off."

Jake Weimer - "Actually today [Tuesday] is the first time I'm going to ride since Elsinore. I have been golfing a lot and going to the beach. It's nice to spend time with friends and relax from all the traveling."

Ben Lamay - "I've ridden one time since Elsinore. I'm just kinda' relaxing and training off the bike. I'm working on all my deals for next year and working on my track at my house." 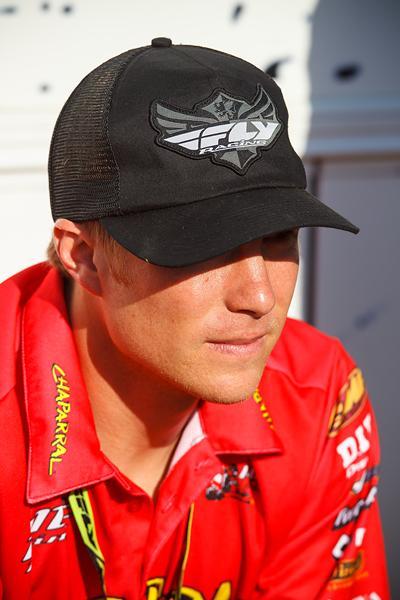 "Nope, I haven't ridden at all but I did go to a rodeo and visited some doctors." - Andrew Short
Simon Cudby photo

Alex Martin - "I'm back in Minnesota for a month spending time with family and friends. Taking some time off from riding, but I've been doing quite a bit of running and cycling and hope to do a half marathon and some mountain bike races this fall."

Les Smith - "I broke my leg at Unadilla and had surgery the week after, so I haven't been able to do too much, just been spending some time at home with family and living a normal life for a few weeks. Been hanging out with friends and watching football. I just started walking and got back in the gym and look forward to getting back on the bike in just a few weeks."

Kyle Peters - "Since outdoors I've been out here in California just training and getting ready for supercross. I went and bought a bike and I'm just riding as much as possible."

Davi Millsaps - "Haven't done any riding. I am on break for a few weeks, spending time at Havasu with friends and family."

Justin Brayton - "Haven't ridden at all. Took a weekend vacation with my girlfriend Paige to the beach, and I've just been hanging around not doing much. Nice to be able to wakeup and not have to be anywhere specific." 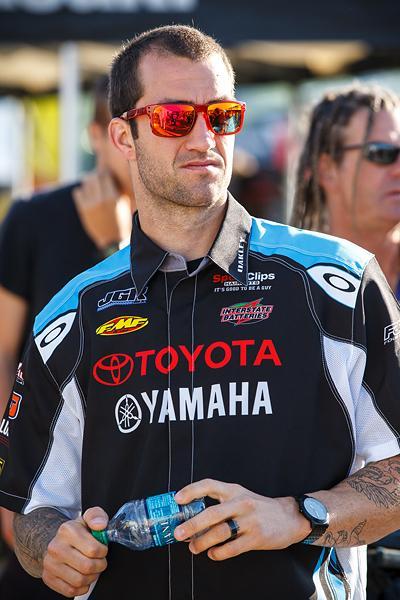 "Haven't done any riding. I am on break for a few weeks, spending time at Havasu with friends and family." - Davi Millsaps
Simon Cudby photo

Zack Freeberg - "The day I got home from Elsinore I started prepping my supercross track so I can start riding that. Then went to the beach in North Carolina for a couple of days and now I'm on my way home to get a head start on supercross."

Kevin Rookstool - "I had an EnduroCross the weekend after Elsinore. We still have three more rounds of EX so I'm still racing. Now I can put a little more focus on the rest of the EX races."

Ryan Sipes - "Not riding yet, but getting back at it this week."

Mike Alessi - "I took a week off and went to Catalina with Danielle. I just started riding again yesterday and doing suspension testing for the next few weeks getting ready for the MEC."

Derek Anderson - "I've got two down soldiers; both of my bikes are down at the shop getting fixed, so since the last National I've been a bum! I caught a cold too, so that hasn't helped the motivation to get going again. I've just been trying to get a hold of people to ride for, but at the moment it's not looking too promising. I've been stressed on what I should do: move to California or Texas, train for SX or stay at home and save money for next year's outdoors. If sponsors don't come through, it would be hard to do SX on my own, so just trying to figure all that out. At the moment, enjoying home cooked meals, seeing my friends and sleeping in my own bed!" 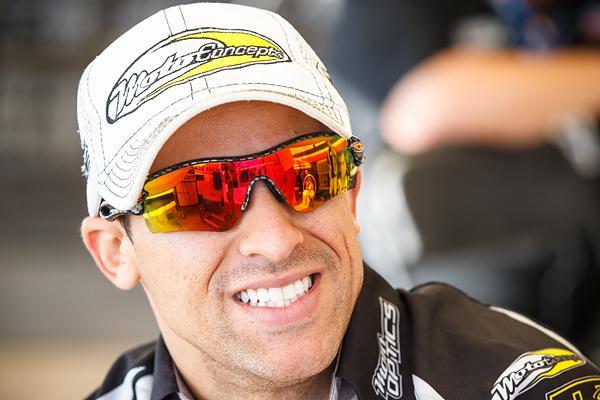 "I took a week off and went to Catalina with Danielle. I just started riding again yesterday and doing suspension testing for the next few weeks getting ready for the MEC." - Mike Alessi
Simon Cudby photo

Tucker Saye - "I haven't ridden since Lake Elsinore. I've just been relaxing and getting back into the swing of things at home. Spending time with friends, hitting some golf balls and enjoying the cooler Colorado weather. I plan on getting back on the bike tomorrow [Wednesday] and doing some local races in the next few weeks."

Phil Nicoletti - "I'm just hanging in NY doing some local races in the Tri-State area, seeing all the people I grew up with and spending time with my family. I'm still trying to secure a ride for 2013."

Kyle Cunningham - "It's been fun. I played some golf and took a week off from riding, but I went out today and rode the 450, so possibly I'll be at the Monster Cup!"

Travis Baker - "No riding since. I just got married and started putting our house together."

Tommy Weeck - "Well my end of the outdoors ended a lot sooner then I wanted. I have been doing about three months of rehab since I broke my leg, and am spending my last few weeks before I start riding with my parents on vacation in Maui! I start riding next week, so it's time for me to get back on my grind to get ready to race."