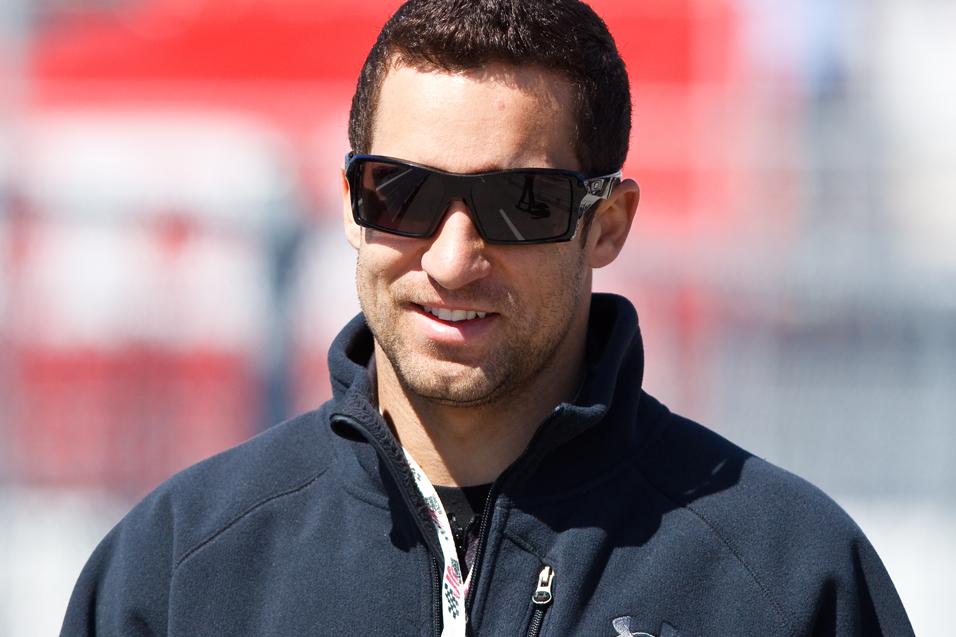 It's hard not to pull for Justin Brayton. He's a good guy from a humble background, the favorite son of a very fast community of racers in Iowa. Justin seemed poised to make things happen at Team Honda, which has now been a top destination of riders in this sport going back to 1973. But for one reason or another (and another) things didn't go right for Brayton and the Big Red Machine. He never seemed to find his full speed and excel at Honda the way Jeff Stanton did in 1989 when he came to the team without any previous wins, then landed six titles (Stanton being the rider and the personality that Brayton reminds me of most).

Instead, Justin's short tenure there kind of went the way of some of American Honda's less fruitful acquisitions over the years, like Ben Townley, Tommy Hahn, Scott Sheak, Rich Coon, Ron Sun…

But Brayton certainly landed on his feet at Joe Gibbs Racing Yamaha, a team that could use a solid, consistent rider like #10 after the ambitious misadventure of signing superstar James Stewart and trying to make a bike work for James that others could not. Brayton's return to JGR marks JGR's return to its roots as more of a close-knit team that works closely together and thinks more like a group... Or better yet, a football team.

As for Honda, they now have a proven winner in Justin Barcia coming on board, not to mention the return of Trey Canard after two injury-riddled seasons. That's also a strong line-up, albeit a fragile one (I just know Trey hates seeing that word here, but he's got the surgery scars to prove it). Both are lightning fast, deeply competitive and have the potential to get Honda back to the top.

The 2013 season will mark 40 years for Team Honda in America, stretching back to Gary Jones' 250cc AMA Motocross Championship of 1973. This team is one that can compete with Monster Energy Kawasaki, Red Bull KTM, Yoshimura Suzuki and, yes, Yamaha's JGR team, as well as everyone else.

Here's hoping for good things for the people on both sides of this deal: Brayton and JGR Yamaha, and Team Honda.

Now I once again have someone to share a milkshake with, someone to share.... wait, despite my best efforts, I've never actually hung out with JB away from a dirt bike, mountain bike or the JGR shop. But it's good to at least know that someone wants to live in the Charlotte area and thinks it's a good place to base from.

And that's the big difference between Brayton 2010-2011 and Brayton 2013 (2.0?). On Monday, I was stealing another free lunch from the JGR shop when (be still, my beating heart) I saw Justin. It was raining, which served as a reminder of the winter riding days JB would lose in NC while California guys were out pounding laps. Team Manager Jeremy Albrecht said to Brayton, "Hey, at least this time you wanted to come back over here. The last time, we just told you this is how we do it."

Yes, Brayton found out the grass isn't always greener. I asked him about the switch and he has nothing bad to say about Honda guys like Team Manager Erik Kehoe, but he knows now that the factory Honda bike wasn't a magic wand. And let's be honest, Team Honda hasn't won a 450 Class championship since RC in 2004, and in the time since, every other major manufacturer (even KTM, now) has. I think Team Honda would have brought Justin back, but I think the JGR offer was better, and Justin realized how much he liked working with his old crew.

Plus, much has changed. While the Stewart/JGR tie up didn't work out as planned, it did benefit the team. Yamaha's factory techs work much more closely with JGR now, so Justin will stay in California from November through February, testing at the Yamaha track with the Yamaha guys (no more NC winters). He also gets that trick aluminum tank/shroud kit they developed for Stewart. The team also says Stewart's influence has made their Pirelli tires better. Brayton has also requested (and will get) a new works Showa shock.

So it's very much the same as before, but much better, also. Of course, there's still that sticking point of the current-gen YZ450F, which has a bad rep. But Brayton already spent two years on that bike—if he hated it, he wouldn't have come back.

We've known this was coming for a while and I'm happy for the JGR guys and for Brayton as well. But I wish he wasn't going back. I wish that Honda had been able to find some room for him because I feel Brayton deserved a second chance at Honda based on his very-good supercross season, and although he had some up and down rides in the Nationals, he still proved he has the speed. Brayton knew going into this year that more than likely Justin Barcia was going to come over to Honda in 2013 and that Trey Canard was loved by Honda so he had to force them to add a third rider. He took the challenge and as I said, I thought he responded pretty well.

I suppose the only knock on Brayton is just when it seemed like he was ready to take the next step, he would stumble and have to work hard to get back. He pressured RV a bit in one supercross and then, poof, never again. He made the podium in the Nationals and then the next weekend, poof, he'd be outside the top ten. I know there was a lot of injuries that incurred while practicing that hurt JB but then again, all the guys go through it and Justin himself wasn't making any excuses.

Having said that, I wish Honda had a spot for him, they didn't and he moved to JGR. It's very strange to see a rider basically leave a factory team and then come back a year later. Larry Ward did it with Suzuki but that was about a seven-year gap, this is pretty sudden in terms of moto. The JGR guys enjoyed Brayton and he liked living out there so much that he bought a condo, and I believe his girlfriend is from the Charlotte area. He's mega-fast, he's a hard worker, he won't complain about the bike and he'll get you good results. It's a win/win for both sides but again, I thought Honda should have found a home for him based on him not really ever getting hurt and giving it his all for them.