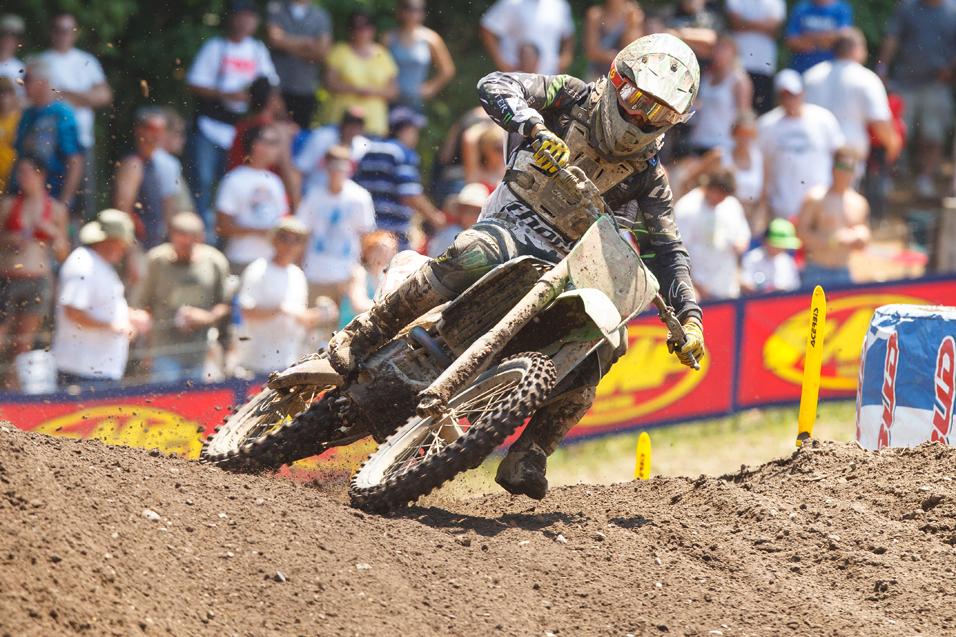 Advertisement | Advertise with Us
RedBud MX Buchanan, MI RedBud Lucas Oil AMA Pro Motocross Championship
The word was, Blake Baggett was suffering from a sinus infection and stomach ailment Saturday morning at RedBud. It didn’t effect him in the races. For the second year in a row, he dominated in Southern Michigan, going 1-1 on his Monster Energy Pro Circuit Kawasaki. But unlike last year, he leaves RedBud as the 250 Class points leader. Here’s what Baggett had to say after the race—and, as always, much is left to mystery with the friendly Southern California kid.

Racer X: Okay, you have never raced here except for the National the last two years, right?
Blake Baggett: Yeah.

Well, then you’re undefeated, four motos and four wins. You’re a California guy, so you wouldn’t think this really deep, sandy soil would be your favorite.
Yeah, this track is probably the best one on the whole circuit. Super deep, loamy, sandy, big jumps and deep ruts. Pretty much has everything, and you can pretty much mix it up every lap—there will be one spot where someone will be better than you, and one spot where you will be better than the other guy. So I think it’s a good layout and they do a good job making the track good for racing.

LaRocco’s Leap. Did you jump that in practice, or did you seriously just try it in the moto?
First lap of the first moto! 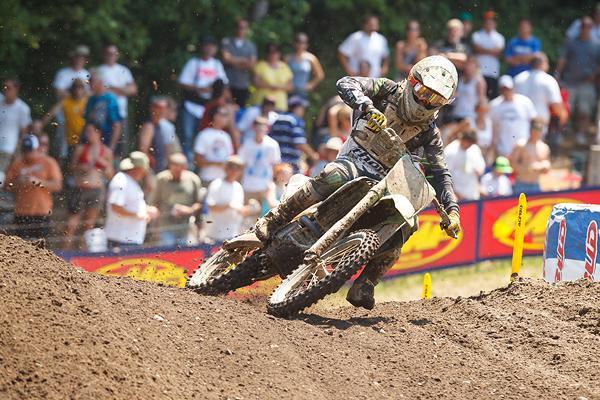 You didn’t try it in practice?
No. I had never jumped it, ever. Not even last year!

How hard was it?
You just go wide open as fast as you can go.

Was it scary?
It was on the first lap! I thought I had overjumped it, and then I ended up almost coming up short!  That’s how big it is. That made me second-guess myself the next lap. But then I just sent it anyway!

You didn’t get the start again in the first moto, and you had problems leading early in the second moto. Is this more of your old ,“wait until the second half of the moto” strategy or did it just work out that way?
It just happens, man. There’s no formula, there’s nothing to it, it just happens. The first moto was just a pitiful start. I think someone from anywhere, some dude from the pits, could have beat me off the gate there. I just worked my way up and got to the front, that was good. Second moto, super good jump off the start, but, I don’t know, I didn’t know what to do with it. I tipped over and lost the lead. I started searching for lines trying to figure out how I could make things happen, and an opportunity came available, so I took it.

So you’re not waiting until the second half of these races?
No, it just keeps happening. And I wish it would stop! I’m over it, to be honest. 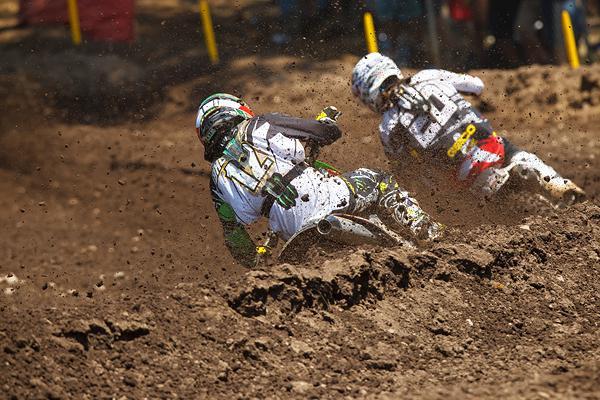 Baggett was able to track down Justin Barcia in both motos to outlast the Honda rider.
Simon Cudby photo

So you’d be okay with leading every lap?
That’d be cool!

A lot of the riders will move to Florida or someplace east where it’s more humid. You don’t do that. The heat and humidity doesn’t seem to hurt you here, though.
Yeah, normally I stay in California the whole time, but last week I did go down to Ryan Villopoto’s house [in Florida], and I’ll be there again this week. But that’s it, I’ll go back home after that. Florida is definitely good, it’s hot, and the tracks are kind of sandy loamy rough. It’s good, but I prefer the hardpacked tracks back home.

Last year you won this race, and it looked like you were the man to beat in this class. But you never had another race 1-1 like this for the rest of the season. Is there something that went wrong last year, and is that something you’re trying to fix?
I have no idea. Make it better? Make it the same as it is now? I don’t know? 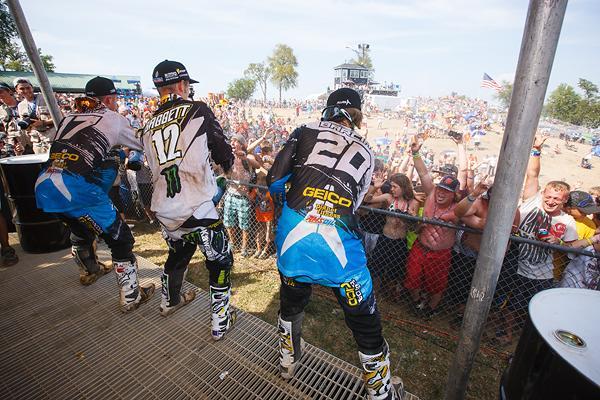 So there’s nothing that you can remember going wrong last year that you’re trying to fix this year?
Nope. Can’t think of anything.