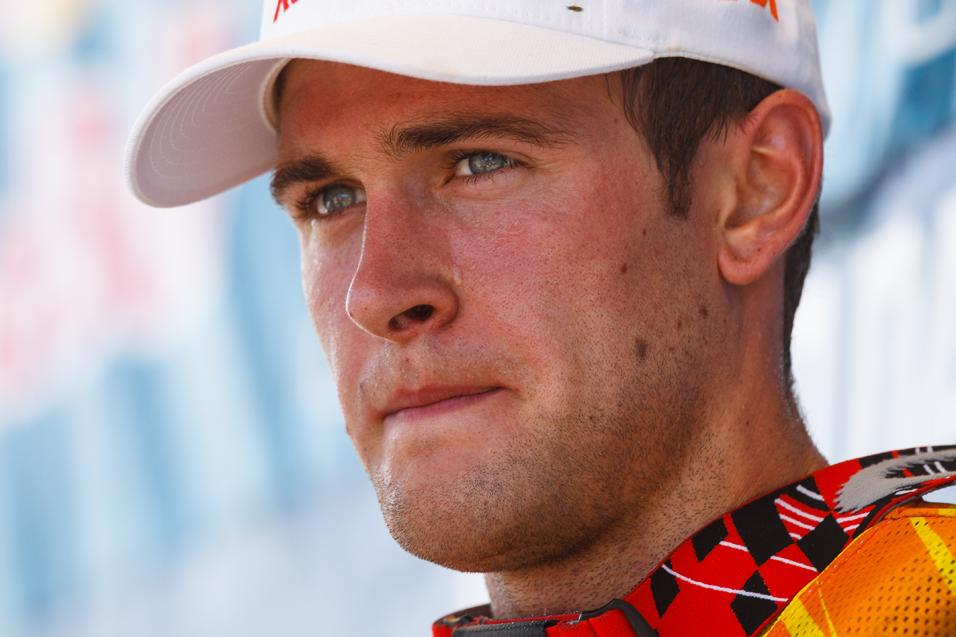 It looks ho hum from the outside, but Red Bull KTM's Ryan Dungey keeps finding challenges every week, even if it's just a battle with the stop watch. After going 1-1 in the 450 Class of the Red Bull RedBud National, Dunge talked about it in the post-race press conference.

Racer X: On the outside it looks like the same thing for you every week. But I’m sure each race brings its own set of challenges and its own story.
Ryan Dungey: Absolutely. Like this week, having James [Stewart] back was good for me and for the series and the fans. It’s good for the racing and the sport to have everyone back, also [Tyla] Rattray, too. Coming into this race, we did some testing over July 4th, and the 5th, and I think we made some progress. It really helped us out. We had a new bike coming into the season and we’ve had to work our way through it a little bit, so with some time off we were able to capitalize on that and make some progress. Right from the start today the bike worked really well.

First moto you had a holeshot. You’ve had mostly good starts all year, but it seems like it has been a long time since we’ve seen you blast through the first turn first. How did that feel?
It was good. I knew getting out to a good start would be key. I got the holeshot in the first moto and I almost got one in the second moto, but Mike [Alessi] edged me out. It makes your life a lot easier when you can get a clean track. I like RedBud, it’s a great track for a lot of guys, it has great soil, great turns and great jumps. 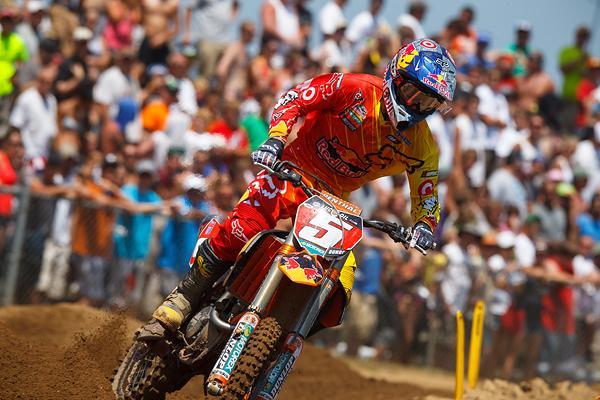 So James was back, and a lot of people were wondering if you would want to race him and win, or if you would be thinking points and protecting your lead. How do you play that?
You know, it’s early to be thinking about points, but at the same time you have to be smart. You know, the game plan coming in, knowing James would be back, we were kind of back to where we were heading into Thunder Valley. We expected him to be there. Today might have been a rougher one for him, but he’s back racing so you have to give him credit. He’s going to get stronger as it goes on, so you can’t ever underestimate him. You need to be ready. So I think today, getting a good start and going strong early and seeing how it played out was key. Luckily I was able to that, because honestly even I wasn’t sure what to expect, like a lot of people.

Yeah but I think some people were theorizing that, “Dungey will just come out and get second today and let Stewart win.” But the goal is to win the races, right?
Absolutely. The goal is always to win, and you can’t let little things like that play with your mind. You know, he could push the envelope and you could have a heated battle and things can happen. There’s a lot of racing left, I know I always say that, but anything can happen and you have to be aware of that.

Talk a little about being behind Alessi in the second moto.
He edged me out for the start, and I actually got shuffled back and was in fourth for a little bit. I had to regroup. Mike was on it right from the start in that second moto, he was going good. I don’t know what lap I got him but I was eventually able to make the pass and open it up from there. He was riding really well, though.

Now you’re heading home.
Yeah, Millville is a great track. I always look forward to going back there, a lot of family and friends there. What’s also cool is we’re going to host a charity bike ride on Sunday after the race, it’s called the Minnesota Major. We’ll ride down in Minneapolis, and you can do a 23-mile ride or a 62. It’s a $50 entry, so if you have a bike, come on out and ride with us, and all of the money goes to St. Jude to help cancer research. Target has partnered up with me on this, as well as Livestrong. Sunday after Millville, starting at 8 a.m.. So come on out. 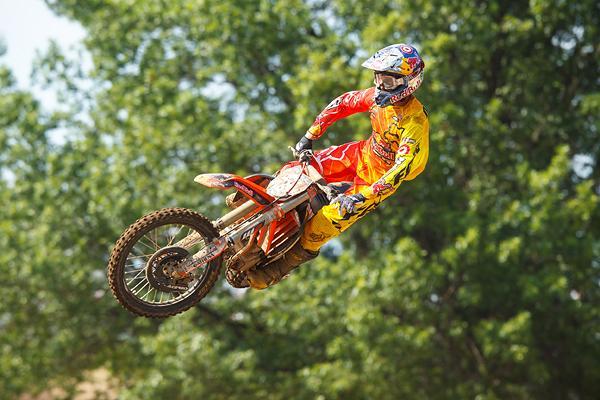 We were wondering, will you go easy on everyone, or are you gonna’ ride this as if it’s training. Because I’d imagine the average guy might not be hanging with Dunge on a road bike ride.
[Laughs] Hey, I’ll just be coming off of two motos at Millville the day before! The rule is, no racing, but there is a nice little hill if you want to kick it up and see what you can do.

Last thing: we’ve noticed that when you have leads in these motos, you keep pouring it on. Who are you racing? The stopwatch? A ghost? Do you treat it as training for the day when someone is right there for the whole 30-plus 2 again?
It’s just like at home. Sometimes you find yourself in a good position and you have a nice lead, but just like at the practice track at home, you keep pushing. Your putting in 2.06s and you see the lap time bump back up to 2:07, and you challenge yourself to get it back to 2:06. That’s fun for me, you know. I like pushing myself harder than I have to sometimes, but I really feel like no lead on the track or in the points is ever safe. There are going to be guys and challenges that come up every year and you have to be ready for it. I want to know that I left doing everything I possible could, plus, when you settle, it seems like that’s when things backfire on you. Nothing will ever be enough, that’s the way I see it.