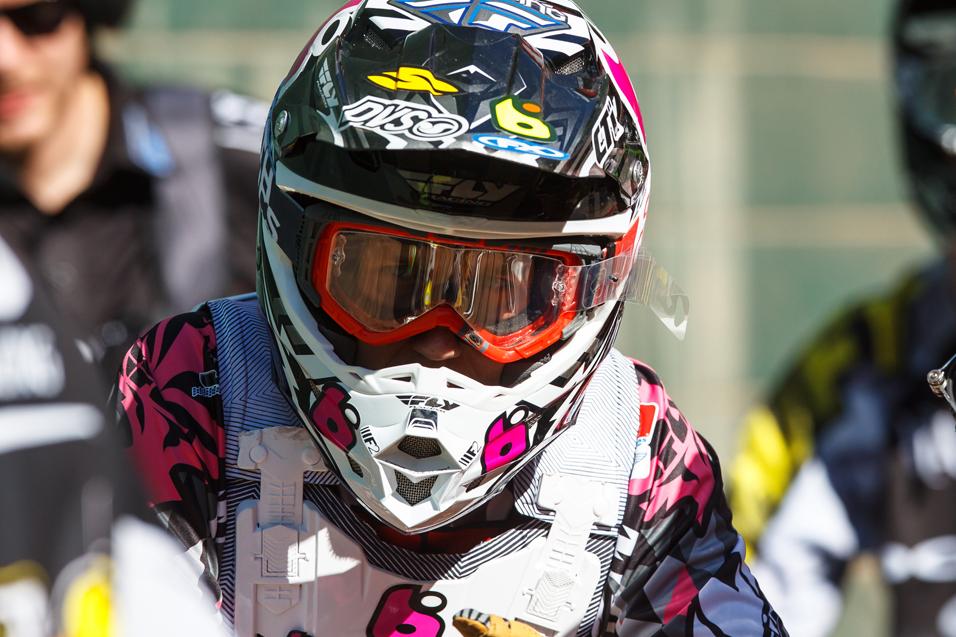 Who is Ready for the Nationals?

We know what the defending 450MX Champ is doing to prepare. What about other riders? We sent out a bunch of text messages and got these answers in response. As you can see, work has only just begun.

Blake Baggett:
I rode two days of outdoor. First day I felt super rusty and slow! Day 2 was at Glen Helen, that’s the one you guys had on a video. I was starting to feel it by then.

Justin Barcia:
I’ve done a little bit of outdoor riding but no testing yet. We’ll start that after New Orleans.

Kyle Cunningham:
Haven't done much for outdoors yet been trying to let the wrist heal up a bit more, but rode a little bit on my SX stuff the other day. 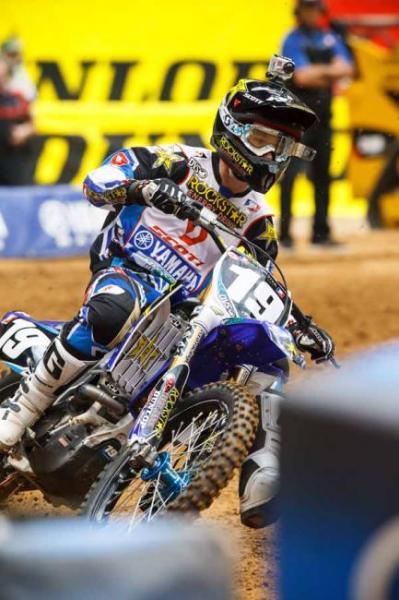 "Haven't done much for outdoors yet been trying to let the wrist heal up a bit more, but rode a little bit on my SX stuff the other day." - Kyle Cunningham
Simon Cudby photo

Blake Wharton:
I have been prepping for outdoors and it has been going well. I have been riding in Cali training with Randy Lawrence at some of the local tracks.

Gannon Audette
For outdoor prep I haven’t done anything. I just got all my screws and everything out from Dallas about 2 weeks ago and have been going to therapy 3 days a week. I hope to start riding this weekend, just corners and stuff that’s real easy and go from there. Been doing cardio and gym an everything, just no riding

Jake Canada
Yes, last week I rode outdoors twice and did suspension testing with MB1 suspension at Glen Helen on Thursday and made some good progress.

Kyle Peters
I did some suspension testing with the team last Thursday at Glen Helen got the bike working really good. Pumped for outdoors.

Brett Metcalfe:
Did some outdoor riding last week to get started on testing, and we’re doing one more day this week before getting back into supercross for New Orleans.

Davi Millsaps:
Yes, I did one day of testing at my house.

Shawn Rife
I haven’t done much outdoor riding and the outdoor riding I have done has been at Area 51 in Brooksville, Florida. Also had SX suspension, so it’s a little different.

Les Smith
I have rode outdoors a few times already but plan on starting testing and hitting it full time next week after New Orleans!

Ryan Smith
I have done a few days of outdoor prep but then my bike blew up, so I’m waiting on my motor from Yoshimura. I only have my race bike right now and trying to keep as little time on it as possible. I usually ride at Milestone. I do the monthly deal, better for the budget haha!

Preston Tilford
I have been training for outdoors with Ryno [Ryan Hughes] 3 times a week. Monday we hit the gym. Tuesday it’s off to Perris. Wednesday it’s Pala. Thursday we hit Glen Helen. 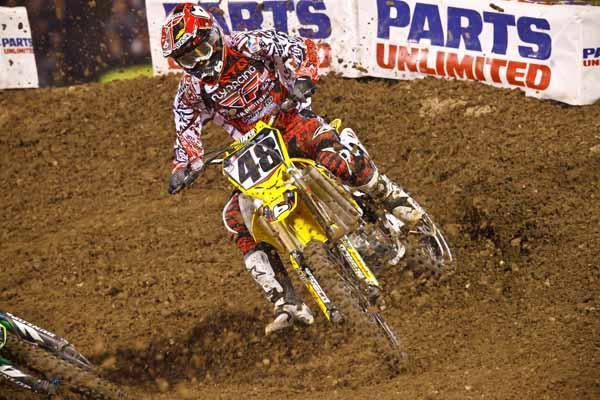 "I rode outdoors one day on my SX bike just because our track as prepped really good but other than that I haven’t touched an outdoor track in a long time." - Jimmy Albertson
Simon Cudby photo

Jimmy Albertson
I rode outdoors one day on my SX bike just because our track was prepped really good but other than that I haven’t touched an outdoor track in a long time. For me outdoors comes so natural that I really only need a day or two to be ready. Right now it’s more important for me to get more confident and comfortable on SX so I can improve my results and stay injury free. But I CANNOT wait till outdoors!!!

Tommy Weeck
As far as outdoors goes Saturday was the first time I have ridden a outdoor track and I was on my supercross suspension. So no prep has been done as I still don’t know what my plans for outdoors are quite yet.

Sean Hackley
I haven’t got to ride since Houston because of the injury so outdoors will be a little tough for me. Luckily when I signed with Munn Racing KTM we actually got a good base set for outdoors as I was getting use to the new bike. So I won’t be too far behind when I get back on the bike.

Jason Anderson:
I did a bunch of outdoors over the last few weeks, now I’m getting back into SX mode for Seattle.

Michael Leib
Outdoor prep has been good. We had some engine difficulties and finally got to the bottom of it this week. So even though it got cut a week short, things are looking good for now. Pretty gnarly keeping things together with everything out of pocket still. Regardless, having an awesome time being home, and looking forward for the races to come.

Justin Brayton:
I did a day of outdoor testing last week in California.

Justin Bogle
I flew out to California and started testing right after Houston.

Wil Hahn
I have trained for outdoors a little in California. 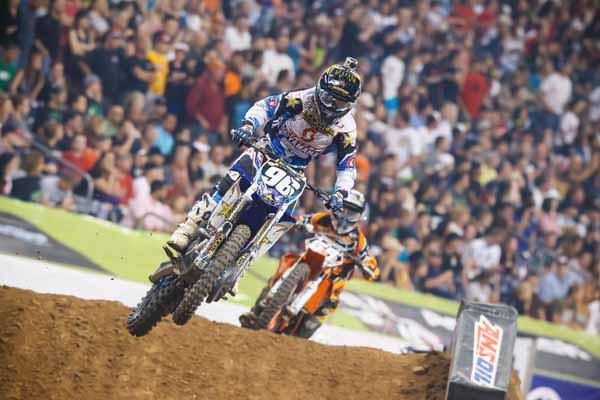 "I did some suspension testing with the team last Thursday at Glen Helen got the bike working really good. Pumped for outdoors." - Kyle Peters
Simon Cudby photo

Weston Peick
As of now I don’t have a ride for outdoors so if anybody needs a 450 rider hit me up!

Killy Rusk
I haven’t really done any actual testing for outdoors. I just been riding it here and there trading off days with SX riding… I think I’ll be able to get through outdoor testing because I have a pretty good idea of what I want suspension wise and bike set up.

Matt Lemoine
Last Thursday got to ride the 450 outdoors for the first time in a while at River Valley MX. Had a blast and now today [Monday] just finished up riding it again at Milican’s facility.

Gavin Faith
I haven't rode any outdoors yet, I'm just focusing on the rest of supercross for now.

Nick Paluzzi
I rode about a month of outdoors on the 450 at all the local SoCal tracks and was feeling good, got everything dialed.

Derek Anderson
I have been training hard for the nationals. I just got back from California riding for 8 days straight and now just doing my own training and riding at home. 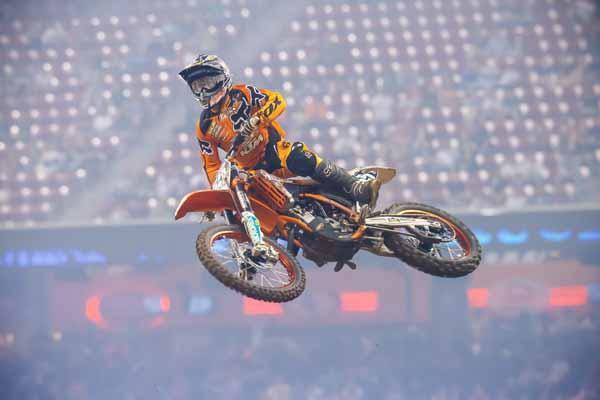 Casey Hinson
I haven't done a local or pro outdoor race since 2006, so I recently got a bike built for outdoors and have really been putting in my laps on the MX track. Last Saturday I went and raced a Mammoth Qualifier, which was my first MX race since Glen Helen 2006. Did that Saturday and then stayed in town and did the whole family deal for Easter on Sunday.