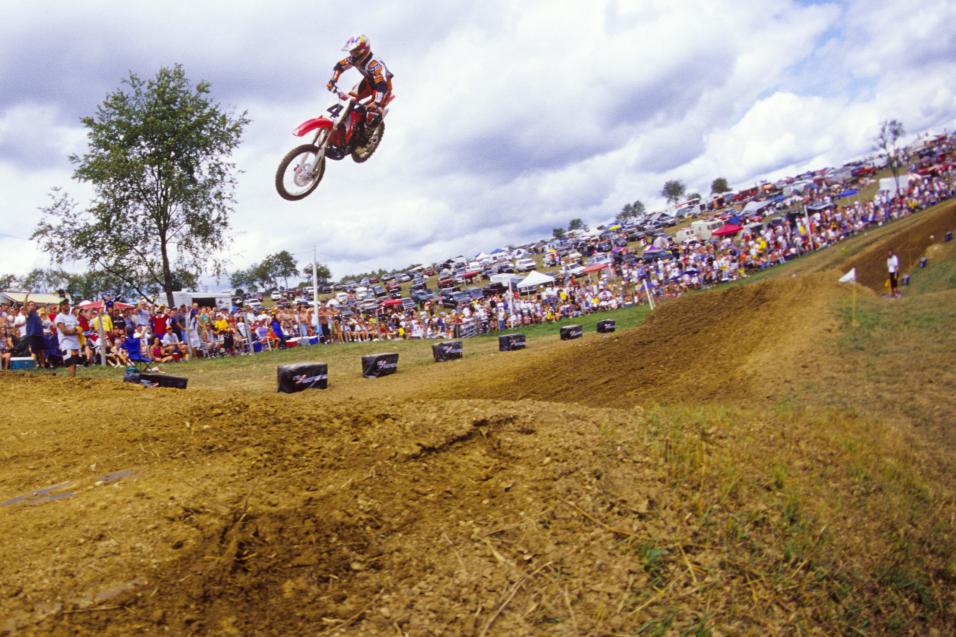 The October 1 contract expirations flooded this week’s news with team and rider switches. We now (officially) know Ryan Dungey is riding KTMs, and so is Malcolm Stewart. Andrew Short is back on Honda’s for a team we’re going to call McBrooks Racing until we hear something better. Kawasaki has let Team Manager Mike Fisher go. Things are getting crazy, and they’re not done yet.

In that light, for the next two weeks, we’re going to focus The List on past off-season moves. This week, we highlight the best silly season moves of all time—ones that worked out best for rider and team.

Next week? The bad news—deals that didn’t work. But for now, let’s keep it positive, with The Best Off-Season Moves Ever!

10. Ricky Carmichael to Honda, 2002: Jeremy McGrath left Honda after 1996, and the brand’s decade-long run of domination came to an abrupt hault. They tried to come back with Ezra Lusk, Kevin Windham, Mike LaRocco, Sebastian Tortelli and others, but titles never came. Then they signed Kawasaki’s Ricky Carmichael to a massive deal, and shot back up the charts. Since Carmichael left, they haven’t had the same success.

9. Doug Henry to Yamaha, 1996: Henry won two 125 MX crowns with Honda before a massive crash and injury knocked him out of his first season on 250s—while he was about to take over the series’ points lead. He went to Yamaha for 1996, but the injury had slowed him. For 1997, Yamaha put him on an experimental YZF400M four-stroke, which spawned a production version for 1998. Henry took that bike to the 1998 250 National Motocross Championship. The combined force of Henry and Yamaha made the four-stroke what it is today. 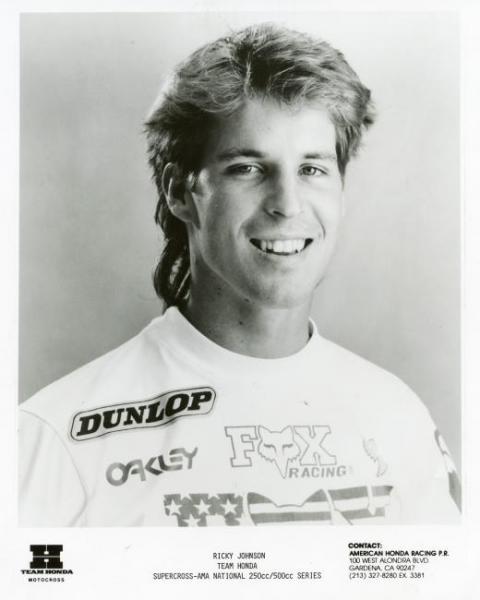 8. Roger DeCoster to Honda for 1980: The Man made his name on Suzukis, with five World GP Championships. In his last year of racing, in 1980, Honda signed him in a racing and development role. He won the last GP of his career, but his bigger impact came when he and his GP mechanic Dave Arnold headed to the U.S. to rebuild Honda’s efforts here. Within three years, they built the most dominant premier-class team in the history of AMA racing. The likes of McGrath, Johnson, Stanton, Bailey, O’Mara, Hansen, Dymond and even Hannah in his latter years may not have found success without The Man’s influence on the red bikes.

7. Pro Circuit to Kawasaki for 1993: Mitch Payton started his race team as Honda’s official 125 effort in 1991. But for 1993, Honda brought their factory effort back into the 125s, and Payton was left without support. To be fair to Honda, Payton’s team had dominated supercross, but Kawasaki and Yamaha had claimed the ’91 and ’92 125 outdoor titles, and as soon as factory Honda got back into the game, they won the 1993 125 MX crown with Henry. As for Payton, Kawasaki came to the rescue, and they’ve been linked every since—as the most dominant team in that classes’ history.

6. McGrath to Yamaha: This one was perfect for the brand and rider. After a rough 1997 attempt on Suzukis, Jeremy McGrath needed something new to get him back on top in supercross. Yamaha, also, had been jilted by Damon Bradshaw, who was supposed to be the star of the 90s, but left them at the championship altar. MC needed Yamaha and Yamaha needed MC. They hooked up and reeled off three-straight AMA SX Titles. No one saw the Hurricane coming.

5. Rick Johnson to Honda, 1986: Rick Johnson had speed and determination. He even had the 1984 AMA 250 National MX Championship. But he was just part of a party-driven group in the mid 1980s, where any one of eight riders could win any race on any day. That’s until RJ moved from Yamaha to Honda for 1986. From that moment on, he won races at a clip the sport had not seen since Bob Hannah a decade earlier.

4. Bob Hannah to Yamaha, 1976: No one saw this Hurricane coming. Hannah was a little-known DG Suzuki rider in Southern California in 1975, but Yamaha signed him for ’76, where he promptly won the Florida Winter Series and earned the nickname Hurricane. Then came a 125 National Championship versus Honda’s seemingly-unstoppable Marty Smith, followed by three-straight supercross titles, and overall domination the likes of which had never been seen before. Yamaha’s monoshock bikes owned the sport in the late 1970s, based mostly on the move to sign a young Bob Hannah.

3. Ricky Carmichael to Suzuki, 2005: Best-ever combination move for rider and team. Carmichael had shown some cracks in the foundation via Chad Reed’s supercross surge in 2003, and James Stewart was coming. RC then missed the 2004 SX tour with a torn ACL. This was set to be the classic end of the line. Suzuki, meanwhile, had endured the McGrath dissapointment of ’97, and, more recently, things were going so badly that most considered the team to be cursed! In April of ’04, before RC could even get back on a bike, they signed him for the 2005 season. He won every championship he competed in for them and still rides yellow to this day. Suzuki’s whole rep is very largely still built on their linkup with RC. 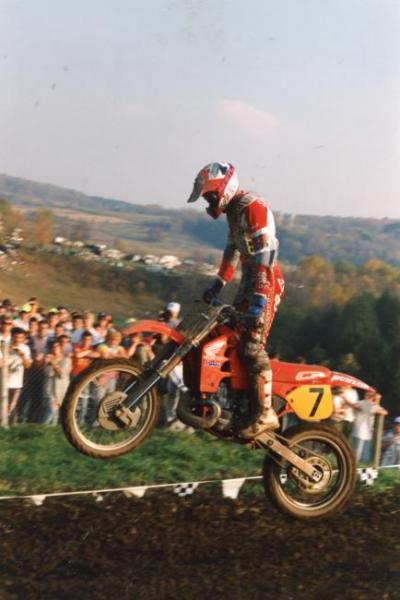 2. Micky Dymond to Honda, 1986: As one of the last riders of his era to race Husqvarnas, Dymond wasn’t even near the podium. Honda made the curious decision to sign him to their powerhouse team, even though he had only earned a national number in the 40s. He delivered back-to-back AMA 125 National MX Titles.

1. Jeff Stanton to Honda, 1989: Jeff Stanton was not supposed to win six AMA National Championships. No way anyone, except Stanton himself, was banking on him to get to that level. Solid outdoor guy? Yes. Consistent, solid rider? Sure. But when Stanton moved from Yamaha to Honda for the 1989 season, and started hanging with his new teammate Johnson, he turned into a whole new man. Before ’89, Stanton had never won a supercross race. By the end of the year, he was the SX and 250 MX Champion. Like RJ and Dymond above, had Stanton not made the switch, his career and life would have most likely turned out very different.