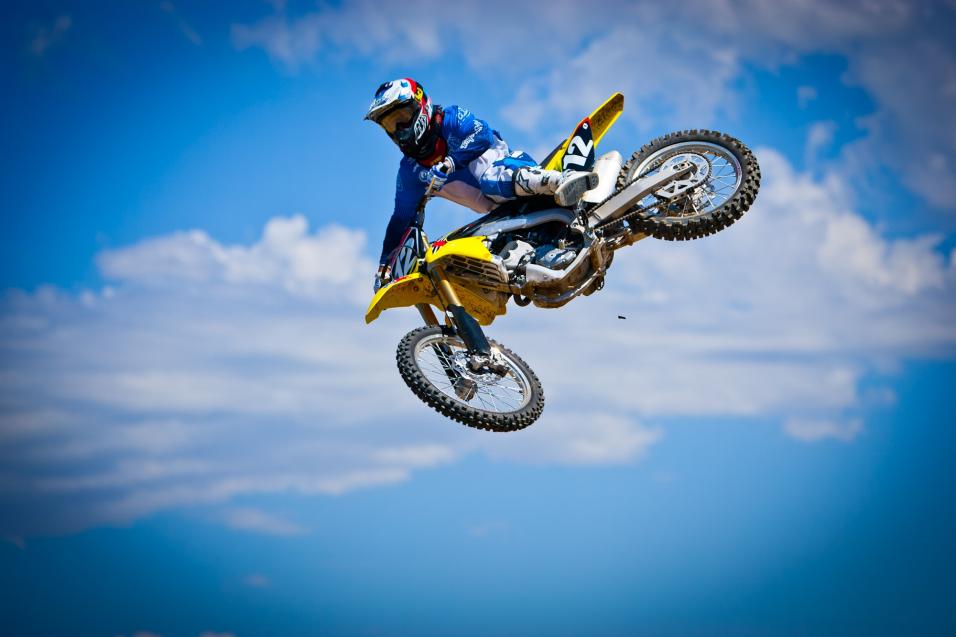 
Now that Dungey has lost both the supercross and motocross championships, what do you think about his position in both supercross and motocross for 2012? It seems painfully obvious he won those championships in 2010 due to Stewart, Villopoto, and Reed not being being there. When McGrath did it in 1993 as a rookie, he backed it up in 1994. Is Dungey really worth the money the big companies are paying him? He seems to be a top five guy for sure, but a champion… not so much.

It doesn’t surprise me that you wouldn’t sign your name to this ridiculous e-mail. I don’t know where you have been all season but Ryan was just a handful of points from winning both the indoor and outdoor titles again this year. He had a couple tough DNFs, which were completely out of his control, and they cost him. Yet he never talked badly about his team. Even when he knew he would be leaving for KTM he had nothing but good things to say about his crew at Rockstar/Makita Suzuki. Maybe he didn’t earn a championship this year but he should have earned a lot of respect from fans of this sport for the way he carried himself. If you really don’t think that he was or is a title contender, well, you are an idiot.

I found this post on Craigslist, and my question to you is: Should this bike be worth $1,700 alone just because of the effort put forth in his writing? I think so.

OK, let me start off by saying this kx is only available for purchase by the manliest of men (or women). My friend, if it was possible for a dirt bike to sprout chest hair and a five o'clock shadow, this Kawasaki would look like Tom Selleck. It is just that manly.

It was never intended to ride down a grass filled ditch in your LBZ baggy gear looking like a spode. It wasn't meant to do 3-foot long pop wheelies in front of your hillbilly friends in your cousin's back yard while everyone drinks Budweiser. No, that's what a 95 CR 125 is for. If that's the kind of bike you're looking for, then just do us all a favor and stop reading right now. This bike has been to hell and back, twice, and has the scars to prove it. So if you can't handle being seen behind the bars of this biblical, fire breathing, dragon slaying hero because it has a few purple hearts, move on.

This bike was engineered by 3rd degree ninja pirate super-warriors in the highest mountains of Japan to serve the needs of the man that cheats death on a daily basis. They didn't even consider superfluous Nancy boy, contradictory decor in the form of Monster, Red Bull, Spy, Oakley, FMF, and Pro Circuit stickers plastered all over the bike. This bike looks legit because it is.

This brute comes with the things us testosterone-fueled super action junkies need. It has a 125cc bottom end paired with a 144 big bore kit to outrun the cops (and other bikes on the track) and has a 6-speed transmission so you know grandma won't be taking off with it when you're not looking. It's saved my bacon more than once. It's got special blood/gore resistant grippy seat cover. It even has a first-aid kit in the back. You know what the first aid kit has in it? A pint of whiskey, a stitch-your-own-wound kit and a hunk of leather to bite down on when you're operating on yourself. (NOTE: I cut myself fighting a Grizzly who looked at me funny and used the first aid kit, a replacement kit is available for an additional $100 and comes with Gentleman's Jack.)

My price on this bad boy is an incredibly low $1700 but I'll entertain reasonable offers. And by reasonable, I mean don't walk up and tell me you'll give me $500 for it. That's liable to earn you a Burmese-roundhouse-sphincter-kick with a follow up three fingered eye-jab. Would it hurt? Hell yeah. Let's just say you won't be the prettiest guy at the Coldplay concert anymore.

There's only 10 hours on this hellcat from Planet Kickass since a complete motor rebuild from the cases up. Trust me, it will outlive you and the offspring that will carry your name. It will live on as a monument to your machismo.

Now, go look in the mirror and tell me what you see. If it's a rugged, no holds barred, super brute he-man macho Chuck Norris stunt double, then reply to this ad. I might be out hang-gliding or BASE jumping or just chilling with my lady, but leave a message and I'll get back to you. And when I do, we'll talk about a price over a nice glass of Schmidt while we listen to Johnny Cash.

In addition to the big bore kit, and other goodies you can see in the pictures (like graphics kit, Renthal chain/sprockets, Pro Circuit pipe and silencer), this beast also comes with the best tuned suspension I have ridden on (and I have ridden a lot) set up for a 165-170 lb rider, V Force Reeds, Twin Air filter, and brand spankin new grips (whoa!).

Awesome. Has to be Brotocross' old KX125. That’s all I have to say about that.