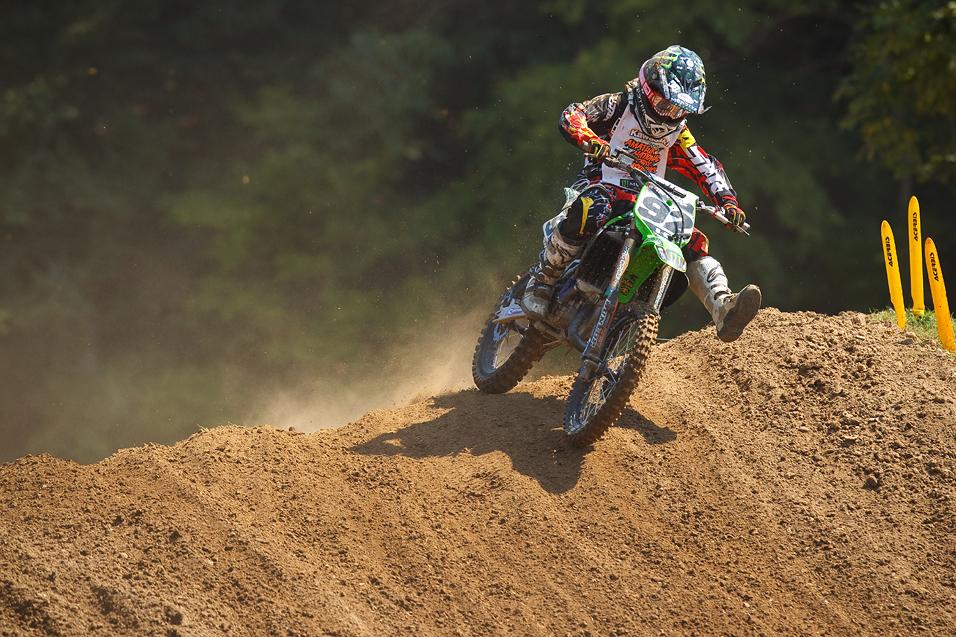 Hey, Adam! How was practice?
Practice went well. It was really sandy in the morning. They put a lot of sand down before practice, and then it kind of pushed off by my last session. It was really rough out there, and I liked how the track developed, so hopefully it will be just as good tomorrow. I know some of the sand is going to be gone by tomorrow, and I really like the sand, so I’m bummed to see that go. I really like the track changes, and I’m looking forward to a good week.

So you’re coming off a championship at Ponca last week. Tell us a little bit about that.
Ponca went good. I was actually supposed to race the 125 class, but I guess the NMA rule is that you can’t race it, so I ended up only racing one class all week. I had like two days off, so I was only actually racing one class with three motos. It was good, though, I ended up winning all three of my motos and getting that championship, which was good to get my confidence up before heading here to Loretta’s – the biggest race of the year. 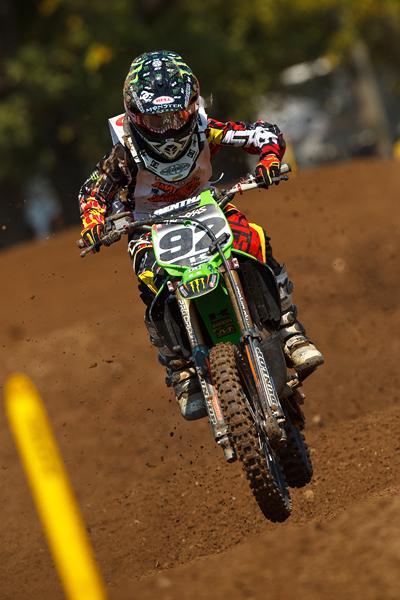 Cianciarulo looks to rebound from a tough year at the Ranch last year.
Photo: Simon Cudby

Last year wasn’t such a hot year for you here at Loretta’s. What happened?
We had some freak bike problems, honestly. It was getting to the point where it was kind of just not meant to be, so I pulled out of the last motos, but I stayed at the race until Saturday to watch my friend Zach. It was actually a good learning year. I had to come from the back sometimes and I had a couple falls and some bike problems, but overall it made me a better rider and a better person, so I wouldn’t change it.

How many total amateur championships?
I don’t really keep track, but I just looked back because a press release for the Monster Cup came out and the AMA said I have 52 AMA titles.  And then with the non-AMA titles, I think it’s around ninety something. You know, you don’t really keep track of those things because nobody really remembers once you turn pro anyway. At the beginning, it was just for fun, but now it’s obviously something I want to do for a living when I get older, so it’s really just about working towards that goal. 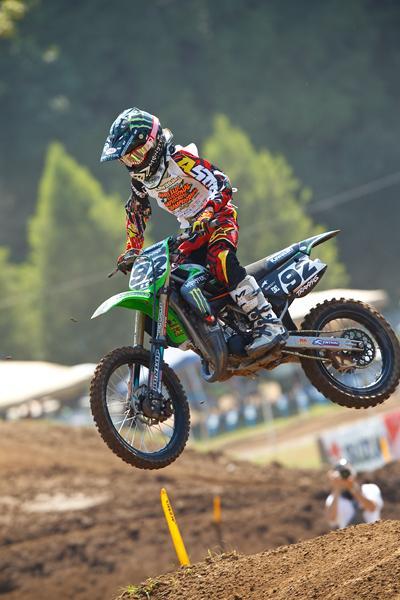 Cianciarulo is one of the favorites in the Supermini classes heading into the week.
Photo: Simon Cudby

It’s become almost expected for you to win big races. Do you feel any added pressure to be the best every single weekend?
Really, the pressure is just something that comes along with winning to me. I’d rather be winning and have pressure than to be not winning and not have any pressure - so, actually, I use it to get better. I thrive off knowing that people expect me to win, which is awesome. I’ve been fortunate to win enough times that people expect me to win now. I thrive off of it and I wouldn’t have it any other way.

For a kid your age, you have a pretty intense schedule. What do you do to stay focused on the racing itself, rather than all the distractions?
I just think about how big of an opportunity I have to be able to come to all these races and have my parents' support. They pretty much put their lives aside so I can accomplish my dreams, so that really keeps me going. My mom and dad work really hard for me, and my sister sacrifices a lot. To me, I don’t want to let them down, and ever since I saw Jeremy McGrath on TV I wanted to be a pro. Every time I’m at the track, I just don’t want that opportunity to be taken away from me, so I give it my best for sure.  I thrive off of it and I wouldn’t have it any other way. It doesn’t bother me at all.

Speaking of, are you looking into the future as far as racing pro?
I’m not really thinking about it right now. I’m just doing my amateur thing. Hopefully that’s going to come and I’m doing my best to get that. It’s been my dream since I was a little boy-- well, even littler than I am now (laughs)--that I want to be pro, and if that opportunity comes up, then I’m going to jump on it for sure. Right now I’m just living in the moment and doing the best I can.