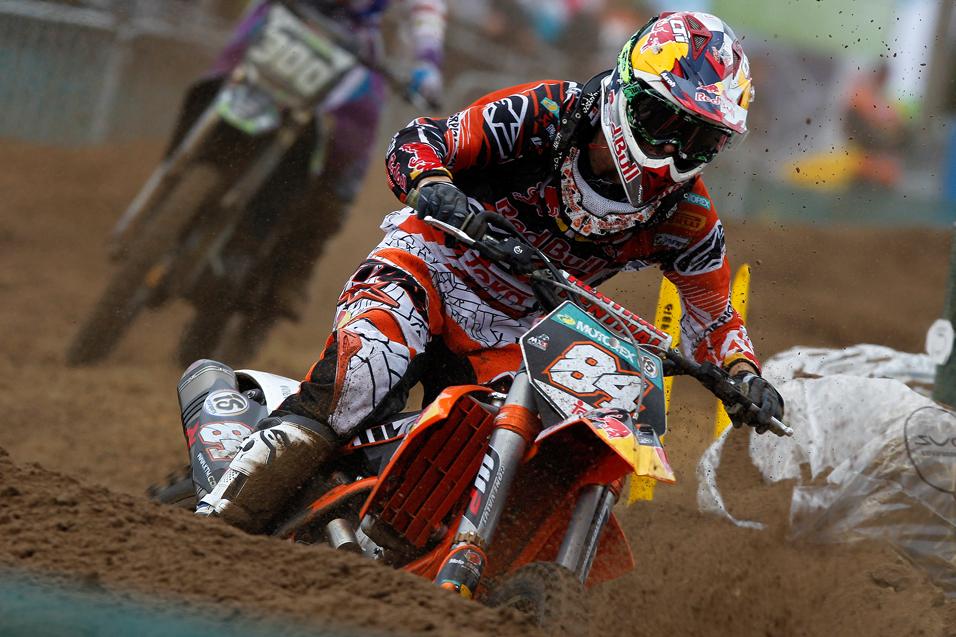 August 2, 2011 10:00am
by: Chase Stallo
Round 11 of the MXGPs from Lommel, Belgium, provided a glimpse into what our fellow countrymen and the rest of the world have to look forward to at the 2012 MXoN. And if this was any indication on how the track will lay out, the Dutch should be in good shape with the sandmaster Jeffery Herlings on their side. More on Herlings and the rest of the KTM squad later. In the meantime, let's get over to the lap charts, brought to you by Motion Pro, to see how it all broke down.

Red Bull Teka KTM’s Antonio Cairoli was the star of Lommel. The Italian stallion bounced back from a crash in each moto to not only secure a 1-1 finish but also set the fastest laps in each moto. This Herculean effort may have just wrapped up yet another championship for Cairoli, as he now leads Desalle by 52 points with just four rounds remaining.

Evgeny Bobryshev continues to put his stamp on the 2011 MXGP season. The Russian rallied from a first turn crash to battle back from dead last to finish sixth in moto one, all the while setting the fourth fastest lap of the moto. 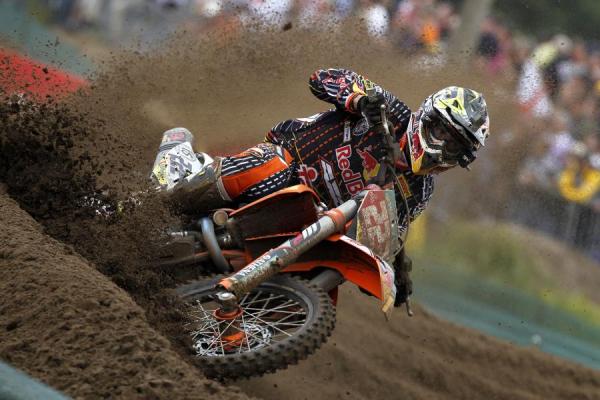 Cairoli set the fastest lap in both motos at Lommel.
Photo: Ray Archer

I think the only way that Red Bull Teka KTM's Jeffery Herlings can lose in the sand is if he forgets to show up. The Dutch native continues to prove he is vastly superior in the sand, and Lommel proved to be just another mark on the scorecard.

Here is an interesting stat: the top 10 fastest laps in MX2 class in moto one were all faster than Antonio Cairoli's 2:15.311. But don't let the lap times fool you. The MX2 class was riding a perfectly groomed track, which just goes to show Lommel gets nasty, and in a hurry. 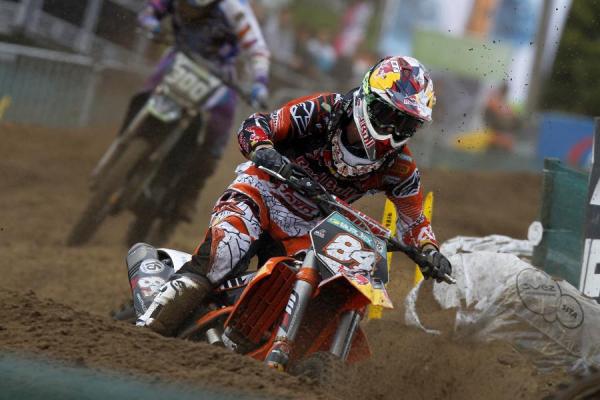 Herlings finished 1-1 for the overall at Lommel.
Photo: Ray Archer