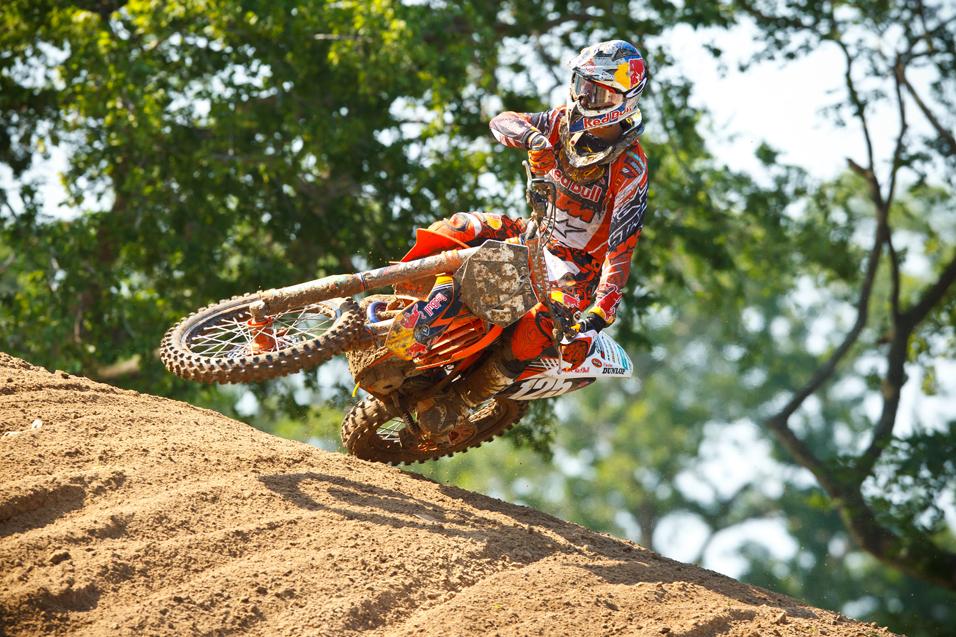 10 Things to Watch For at Washougal

Advertisement | Advertise with Us
Washougal MX Park Washougal, WA Washougal Motocross Lucas Oil AMA Pro Motocross Championship
10. The Look: Okay, we’ve all gone to motocross races in some-out-of-the-way, hole-in-the-wall spots where there’s nothing redeeming about the area except the fact that it allows you to ride a dirt bikes. Then there’s Washougal, which would be a fun place to visit even if dirt bikes weren’t involved. This is probably the prettiest place on the 12-race tour, and yet, the track’s visuals pale in comparison to what’s around it. Make sure you visit the Columbia River gorge while you’re out here—it’s a short drive and it’s like nothing you’ve ever seen. And if you’re saying, “I’m not planning on going out there,” well, you’ve made a big mistake.

9. Live: Every single 250 and 450 moto this weekend will air live on TV here in the U.S. Think about that. Four hours of live motocross coverage—the first motos on FUEL TV, and second ones on SPEED. This is not just unprecedented for the sport, its the equivalent to putting a man on the moon compared to where the TV coverage for this series was just a few years ago. You know how this week, when the last shuttle landed, everyone dredged up the “you remember where you were when man first landed on the moon” talk? Yeah, well in our little niche, this is a big TV deal, too. So don’t forget it.

8. Tired Choices: Yeah so, the secret is out. By now everyone has heard that while Washougal’s dirt looks like it would have tons of traction, it doesn’t. This much is known and understood, and yet still the teams will be asking the tire guys for something with a little more glue-like compound even knowing full well that it’s the dirt side of the tire-to-tack connection that’s causing the problems. 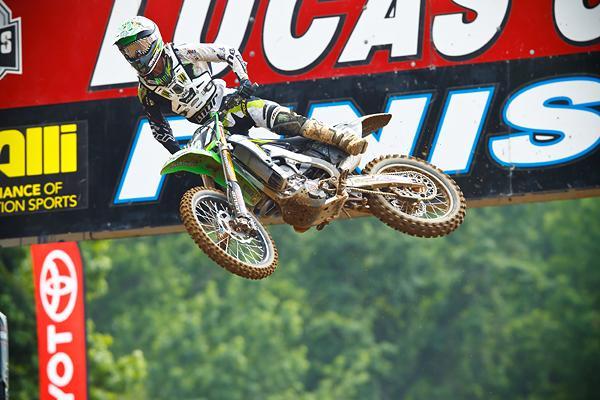 6. Baggett’s Bones: The thing about Blake Baggett’s ridiculous speed is that it’s ridiculous to believe he could go that fast all the time without something going wrong, right? He’s made a few mistakes this year, like a whopper of a fifth-gear (!) crash in Freestone, and a crash while practicing two weeks ago that left him bruised for Milllville, preventing him from showing all of that speed. His sore collarbone will probably still be sore for this one, so will we see Chupacabra sneaking up on the competition here, or just another 3-3 day of salvaging points?

5. Marv Attack: Think Chupacarba sightings are rare? Well this weekend we’ll finally get to see Marvin the Martian. The French MX2 Champ (two times running) looked pretty darned good at the opener for this series. Then at round two, he was about one inch away from taking the lead in the first moto at round two before Justin Barcia’s tire sent Marv’s thumb pointing in the wrong direction. He still managed to hitchhike to the pits, but he hasn’t raced since. We don’t know how the layoff has affected him. We’re not even sure what he had under the hood in the first place—but from the brief glimpse we had, it seems like he could be a spoiler to the Kawi party. 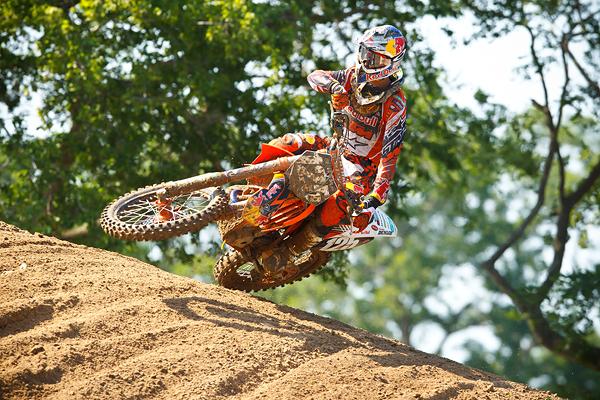 4. The 12-foot Kawasaki: Two weeks ago we made some predictions on our site about the 250 class, with most thinking Tyla Rattray had strength, but not speed, on his Monster Energy Pro Circuit Kawasaki teammates. Well, we were splitting hairs. If Rattray is slowest of the three, it’s only by a tiny margin. Really tiny. We’ve seen a lot of motos this year with Rattray and Dean Wilson pretty much deadlocked on speed, including both motos last weekend. Don’t be surprised to see them battling it out again this weekend, almost locked into each other up front.

3. Dungey Vision: Ryan Dungey has stretched Oakley’s race budget by wasting packs of tear-offs chasing Chad Reed at close distance on these wet, sandy tracks. Dude has been in the firing line of Reed’s tire in about half the motos this year, and for about the entire moto each time. The difference in Washougal dirt may help him keep seeing, and with that vision he may see new lines. A downside to the rain at the last two races was a big pile of the mud getting pushed to the outside of the track. Dungey had nowhere to go to make a pass. Could be different here.

2. Return Serve: The Dunge did it at his home track, so now everyone looks to Ryan Villopoto to deliver a win at his home race this weekend. But here’s the strange part: Dungey actually has the better career record at this track, too. He won the 250 race in ’08 and ’09, and last year’s 450 race. And, oh yeah, Trey Canard’s resounding win in the 250s last year may have been his best race in a title-winning summer, so he likes Washougal, too. RV record here is filled with bad luck. Will it change? 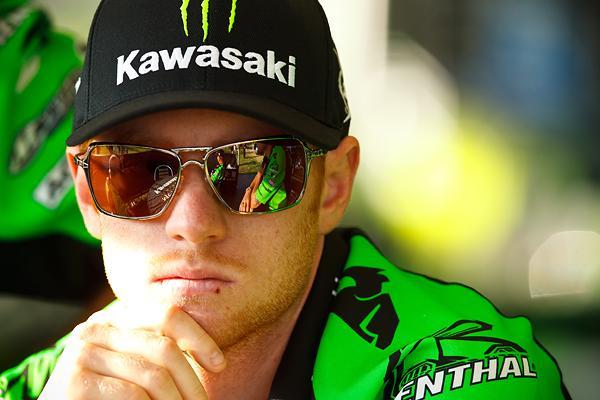 Can RV get a win at Washougal?
Photo: Simon Cudby

1. Back To Reality, Oh, Here Comes Gravity: Chad Reed was charging for two titles this summer: AMA Pro Motocross Champion and People’s Champ. His big crash and survival last weekend only made him more loved by the fans, and while his points lead shrunk, it sure makes 2011 look like the year of destiny for Chad and his team. Are the moto Gods saving him for something very special at the end of round 12? Maybe, but destiny will collide with reality this weekend. Surely something is hurting on the guy right now. We’re just not sure if that really matters.

Bonus!: Yeah the three-rider packs are stealing the podiums, headlines, accolades and attention at these races. But that’s only masking how hard some of these other guys are riding. There’s a 450 chase pack with the likes of Brett Metcalfe, Mike Alessi, Jake Weimer, Tommy Hahn, Justin Brayton and others (but not Kevin Windham any longer, unfortunately), and the battles within this group are often better than anything else you’ll see all weekend. We’re telling you what to watch for, and it’s this.