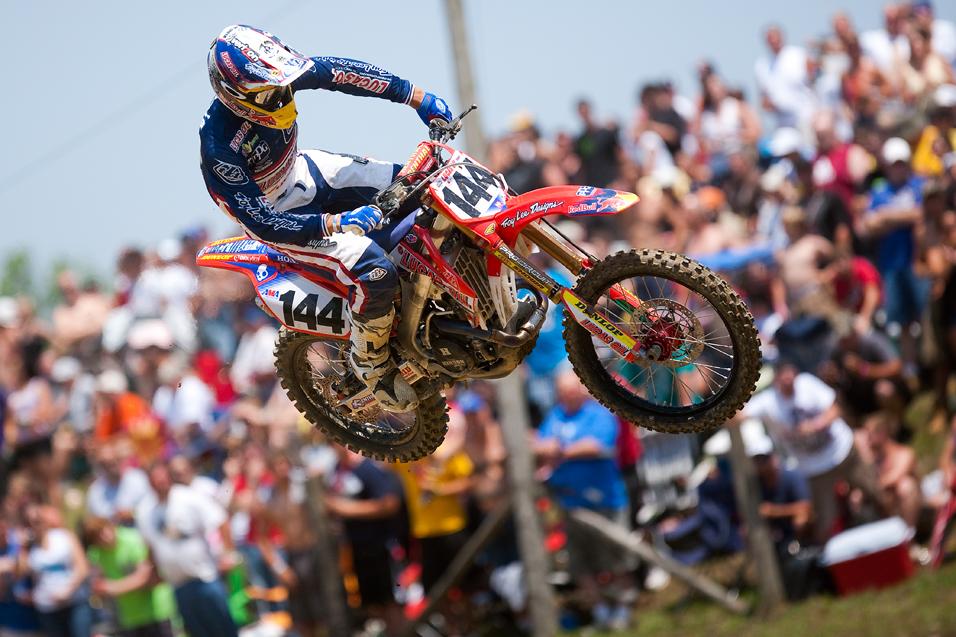 Advertisement | Advertise with Us
Budds Creek Motocross Park Mechanicsville, MD Budds Creek Motocross Lucas Oil AMA Pro Motocross Championship
Lucas Oil Troy Lee Designs Honda rider Christain Craig is turning heads with his strong 450 rides early in Lucas Oil AMA Pro Motocros. He led a big portion of the first moto at round two at Freestone, and sits tenth in points in a stacked class. And this is only the 19-year-old’s first full season as a pro! We talked to him today to get his take on the season.

Why ride the 450 in the first place?
The team needed someone to ride a 450, and they were looking for someone to ride it. So they asked me if I would, and I said yes, and I think I’ve made a great decision. I’m happy I’m doing it.

You did ride a 450 as a pro before, right?
Yeah, I rode the last few nationals in ’09 with Joe Gibbs. The first few races didn’t go that well, but at Southwick I think I got an eighth, and then I got another eighth at Steel City. I mean, I ride the 450 pretty well, I think, and hopefully it only gets better for here. 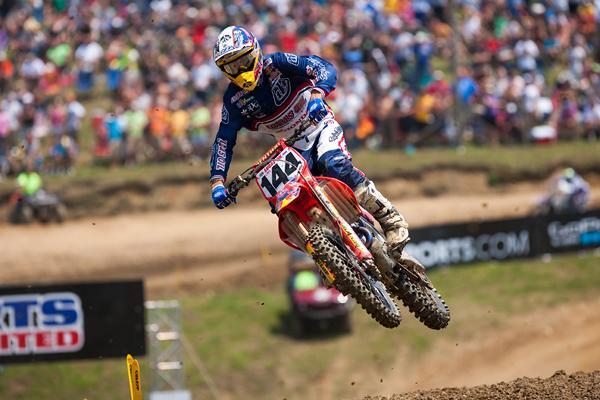 Then you had a big crash and broke your back. You missed the entire 2010 season. Where you at one point not even sure you could get back on a bike?
Yeah, I couldn’t even think about riding a bike for a few months. Once I was able to get back on my feet and start walking, and after I did that I started to think it was possible to get back on a dirt bike, and here I am now! So I’m pretty lucky, for sure.

And the team stuck with you.
Yeah, Troy Lee and everyone on the team stuck by me the whole time. I had really only been testing with them for a week, I had basically just signed with them when I got hurt. So that’s a cool thing that Troy did for me, and I can’t thank them enough. They’re really one of the best teams out there, I think. I couldn’t be happier with the bike and everyone over here.

How much did that injury set you back?
I felt good right away. I couldn’t do a lot of laps, but I felt like I didn’t lose much speed even though I had been off for a year. I mean, I was maybe a little bit slower, but I wasn’t that far off. Mainly I just had to work on my cardio.

I know supercross didn’t go well for you. First two rounds were tough and then you tore your patella tendon at round three. Before the injury, did you at least feel like you were riding well?
Yeah, I felt like I was putting myself in good positions, getting good starts. But I felt like I was in the wrong place at the wrong time. I crashed in Anaheim and Phoenix, and then in LA, me and Tyla [Rattray] got into it and I crashed and hurt my knee. It was just an experience, really, I wasn’t expecting to win or anything, I was just trying to get my feet wet with a year of supercross, riding the 250 class, everything like that. Hopefully that experience I did get will pay off next year. 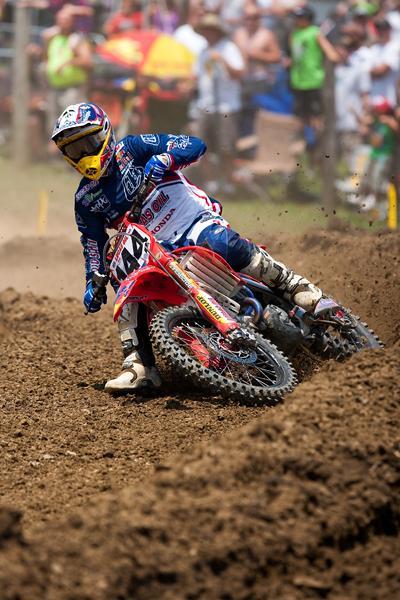 Craig has proven to be a top-ten threat in his first full season outdoors.
Photo: Andrew Fredrickson

So take me through Freestone. You’re leading the first moto, and then you started pulling away! Where you expecting someone to come up on you?
[Laughs] At first I was like waiting for someone to come up next to me, but I didn’t hear anybody! I didn’t look back once, I just focused on riding the track, and that’s what helped me out, I never really thought about who was behind me. It was definitely fun to be up front like that, and hopefully I can have that feeling again over the next few races.

How important was it to back that up with another top-ten in moto two? I’m sure people were thinking that you had just sprinted those first twenty minutes of the first moto, and you’d have nothing left for moto two.
Yeah, that was huge to back it up with an eighth, but, I really didn’t have that much left in the tank after the first moto! I salvaged a good finish, so I was happy with the whole day, for sure.

I’ve talked to Ricky Dietrich, who I know you train with during the week, and I know Ryno [Ryan Hughes] has been working you guys pretty hard.
We’ve been training in the gym and on the bike and Ryno will have us do starts and do motos and just keep pushing each other. We go to the same tracks and we work on beating each other. I think that makes us both better, and Ricky and I, I think we’re both going to keep getting better and not just stay in the same place. 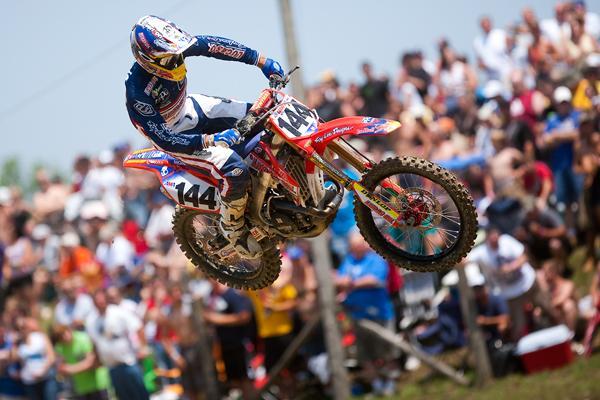 Craig is hoping to keep his good start to the season going at Budds Creek.
Photo: Andrew Fredrickson

Finally, your dad was a pretty darned good racer in his own right [Note: Mike Craig is a former factory Kawasaki and factory Yamaha rider]. What’s his involvement in your racing?
I do my own thing, he kind of sits back and lets me do my own thing. I think that’s the smartest thing, he doesn’t try to get involved too much, but he will watch the races at home, and then he’ll call me on Monday and give me the talk. So he’s still involved and he’ll let me know how I did and what he thinks. But he doesn’t go to the races.

Has he put it out there yet that he won a 250 supercross and ran up front at a lot of nationals? Is he telling you yet where you’re going to need to finish to top him?
[Laughs] No, not yet, but maybe we’ll get into that in a couple of years.