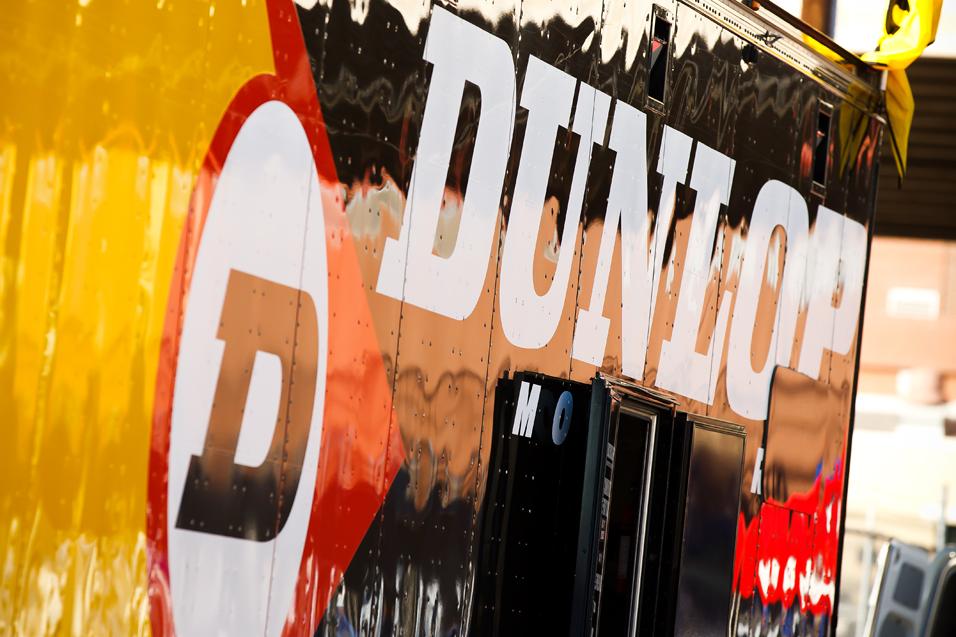 In Preparation Brian Fleck and Dunlop

June 14, 2011 11:20am
by: Aaron Hansel
The bikes that the pros race aren’t cheap. Thousands of dollars go into every little detail in the attempt to create the best possible race machine. Of course, if you don’t have the proper tires, none of that makes much difference. Without the right tire, that high-dollar, beast of a motor won’t get power to the ground, and that expensive suspension won’t perform to its potential. That’s where Dunlop comes in. The tire giant has a team of professionals that travels to every stop on the Lucas Oil AMA Pro Motocross Championship, and logs countless hours behind the scenes testing to make sure every rider has the best possible tire setup when the gate drops. For this edition of In Preparation, we caught up with Brian Fleck, off road manager of Dunlop Motorcycle Tires, to learn a little bit about what goes into dialing in the tires for the best riders in the world.

Racer X: What kind of preparation goes into getting the Dunlop rig ready for a race weekend?
Brian Fleck: We have to reload the trailer every week. We go through three to four-hundred tires every weekend, especially if it’s a WMX weekend, so we reload every weekend. We have a warehouse in Ohio, and one in California, so depending on where we’re at, we reload there. We carry approximately 1000 tires to every race. We come in on Wednesday and start fitting some of the team wheels on Thursday. We go to the hotels and pick them up to get a head start because with the amount of riders we have, it takes more than two days to get all the wheels done. We start early! 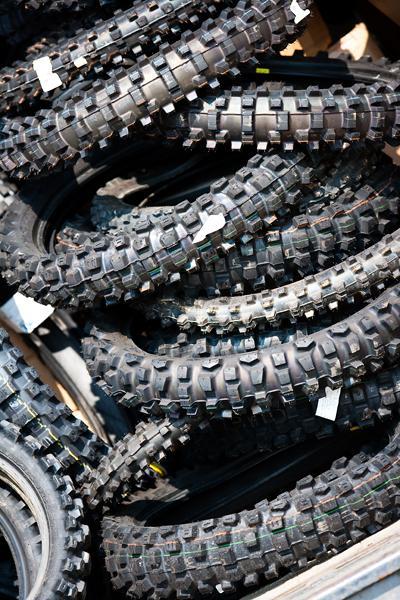 Do you pick specific tires for the riders, do they come to you with specific request, or is it a mix of both?
It’s a mixture of both. Mainly, we know what the riders choose over the years through testing and past race reports. We kind of know what each guy likes. Rear tires are easy to pick, front tires are more rider preference. Riders want the front tires to do different things. Some guys want a lot of grip, some guys want it to float more, so the front tire is more rider preference, and the rear tires we can make pretty good suggestions for.

When you say past race reports, are you talking about a log that Dunlop keeps?
Yes. We do fitment at every race, we have for the last fifteen years. So we know what we’ve run at every race, what every rider has used, and we watch what our competitors’ riders do, so that when they end up on our tires we know what they’ve used in the past with other tire companies, and we can make suggestions based on what they’ve used before. The last couple of years, we’ve had about 95% of the riders, it’s good. It’s really busy, and our guys definitely earn their money on the weekends. We’ve got a good crew with a lot of experience. All the teams and mechanics are really comfortable with our guys because they’re all well-known in the industry. 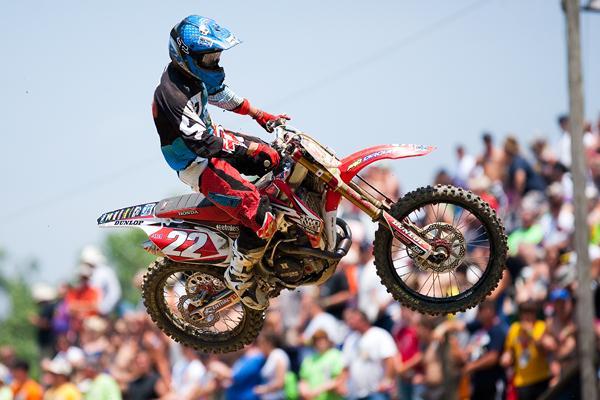 A majority of teams use Dunlop tires, including Chad Reed and TwoTwo Motorsports.
Photo: Andrew Fredrickson

Over the last few years, the tracks have been changing with more sand and other materials. Hangtown, for instance, has started bringing in rice hulls. Are you having to relearn some of these tracks as the years go by?
Yeah, we definitely have. Hangtown is a good example because it used to be hard-pack and blue-groove and it got really deep hard-pack ruts. Now it’s softer and loamier with the rice hulls. Freestone a couple weeks ago, Tony Miller brought in a lot of sand, and we actually tried a paddle tire in practice because it was so sandy. With the jumps that didn’t work so good, but we’re definitely experimenting as they change the tracks. I actually like the rougher, choppier tracks, I think it makes better racing. It’s a little bit of a challenge for us, but as the tracks change, we adapt as we go along.

How many tires does one tech personally change on a race weekend?
Most of our guys average sixty to seventy tires on a weekend.

Is there every any fallout from riders who aren’t happy with their tires?
Yeah, there are times when a guy isn’t happy, a lot of times if a guy crashes, he feels that it was tire related, especially the front tire. So we deal with that and do a lot of testing. I go testing with guys thirty-five to forty times a year, so we test with all the top guys and top teams, and try to find what they want. It’s really hard to test at the races because the schedule is so tight, so we spend a lot of time testing during the week with the guys so we know what they want to use when they get to the races. There’s a lot of behind the scenes prep work that the public doesn’t see. The guys are worrying about a good qualifying time, getting a fast lap, and you don’t want them thinking about what tire they want to use. You want them to be confident on the tire they have on the bike. 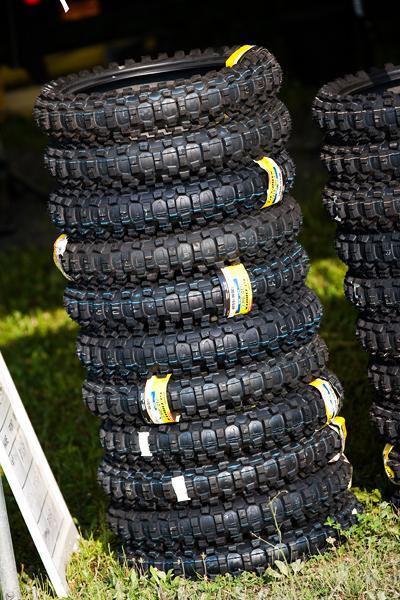 What’s the hardest track on the circuit to get tires dialed in for?
Unadilla or Washougal. I think Unadilla is the trickiest. It’s a very picturesque track, and very famous, but it’s very rocky, and it’s hard to get traction on that track. I don’t care what we do, every year, after the first session everybody comes in and starts complaining about the tires, because they forget how loose the track makes the bike feel. They make changes with the chassis and suspension because the bike is sliding around or isn’t sticking. There’s not a lot of traction when you’re bouncing around on rocks. Unadilla is definitely a big challenge for us. Washougal is really slick. It’s one of the most picturesque tracks, with the trees and everything. It used to be really loamy, but through the years it’s become really hard pack and it holds moisture so the main line gets slick like glass. We usually end up running a supercross tire at Washougal because it gets so slick, whereas most of the other tracks we run more of an intermediate, aggressive outdoor tire.

What’d we miss?
We’d like all the spectators and the people that follow Racer X to appreciate what they have when they go to the races, and all of the effort that the teams, the riders, the promoters, and the track owners put in. They put on a great national show every weekend.