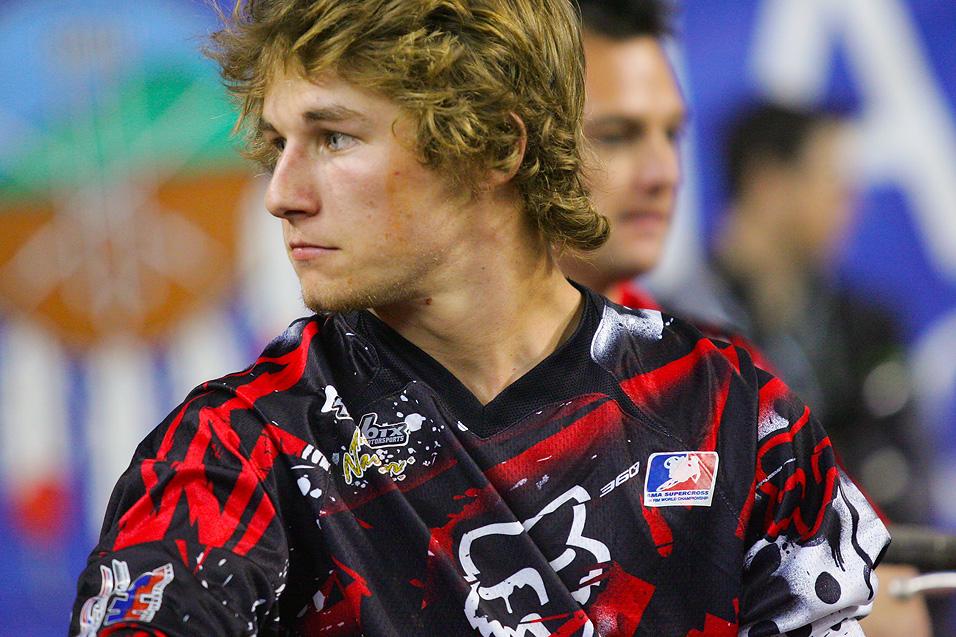 Advertisement | Advertise with Us
Lucas Oil Stadium Indianapolis, IN Indianapolis Monster Energy AMA Supercross Championship
Lance Vincent isn’t exactly a household name, and I’m sure there are a few fans who have been wondering who the guy in tenth position in the points was. Well, wonder no more because for this week’s Privateer Profile, we hooked up with Lance to get his story.

Lance Vincent: Yeah, Houston went well and Atlanta went OK for me. I had a decent practice and I wasn’t that happy about that, but I bit my tongue and just decided to go out and do some work that night. In my heat race, I put in some good laps and got a decent gate pick. In the main I tried to let the race come to me but unfortunately I washed the front end out on lap ten. I came out OK and got eleventh and I’m all right with that.

I don’t know all that much about you to be honest, so can you fill us all in on your rise to this level?
My last year on 80s was when I started making a name for myself. I started going to the amateur nationals and putting in some good rides. My B class year I got hurt and I was definitely under the radar, especially for coming into the pros. I put the work in during the off-season and just tried to do my best. Thanks to Naveen Dassanayke for building me a great Honda of Houston bike and everything has been going good so far. I just hope to keep the ball rolling. 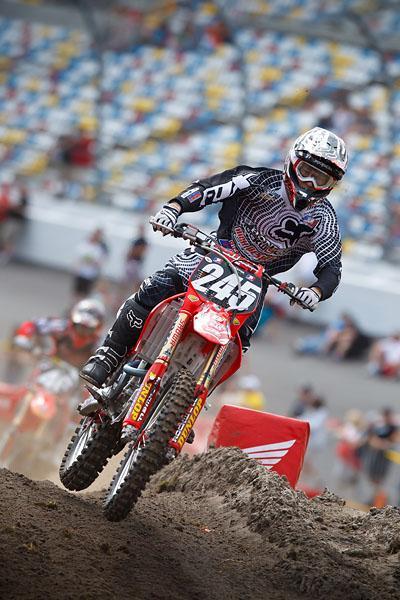 Vincent has opened some eyes with some impressive rides early in the year.
Photo: Simon Cudby

At Houston you scored an eighth, which was great. Did that result surprise you?
No, I didn’t really surprise myself, but I know it opened some other people’s eyes. I put the work in during the off-season to get ready for this, and I have good equipment, so I know what I was capable of doing and I thought I could do a top ten. Fortunately I happened to do it.

You’re second in the points among guys not on the big-time support teams, so that must make you pretty happy.
Yeah, definitely. I think I was third rookie and first privateer as well for a little bit. I think that’s awesome for me and other people in the industry look at those sort of things . I’m pumped on my deal now but if I can keep getting top tens or top twelves, then maybe I can get a ride on one of those support teams. That would be great.

Where do you live and train?
I’m originally from Youngsville, Louisiana, but nowadays I’m either in Houston or Southern California riding and testing. 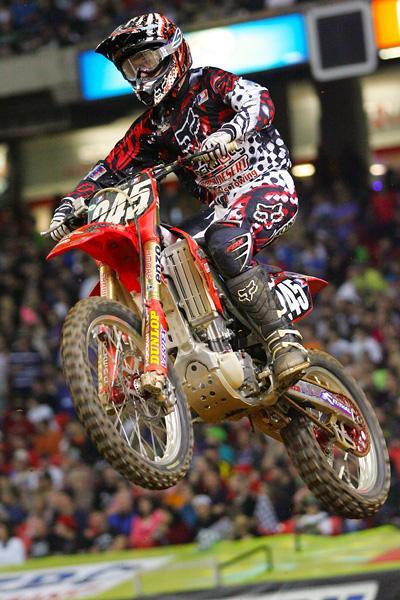 Can Vincent end the year as the top privateer?
Photo: Andrew Fredrickson

Honda of Houston has been around a long time and helped out a ton of amateurs, so that’s a proven program.
Definitely. They brought up Tommy and Wil Hahn, Josh Grant and some others. They definitely have put their name out there as a great amateur support team. I’m hoping to help them out as well in the pro ranks. They’ve been in it for a while and know what’s good, and they’ve led me in the right direction and I can’t thank them enough.

Who else do you want to thank, Lance?
I couldn’t do it without Jesus Christ for keeping me safe, as well as my mom and dad for throwing everything they have into my career for eleven years. Honda of Houston, Naveen for building me a great bike, everyone at Fox, Shawn Hall has been awesome to me and helped out a bunch, all the Rockwell guys for carrying my bike around and helping me out a bunch, my uncle Ricky has been a ton of help, Enzo Suspension, Honda and everybody else, thanks a lot!