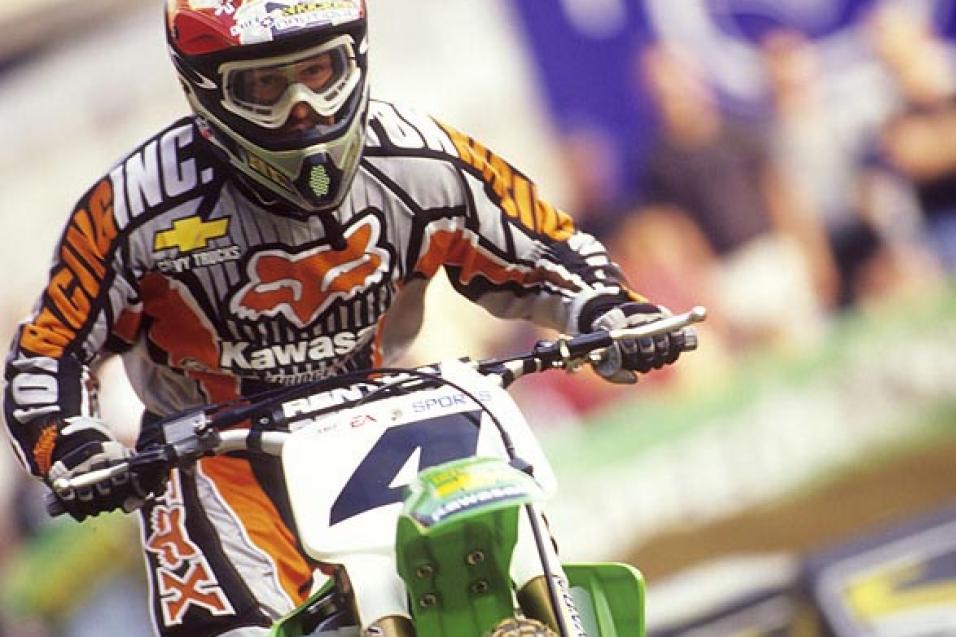 The Week in Kawasaki History: Indy 2001

March 10, 2011 6:50pm
by: Jason Weigandt
Lucas Oil Stadium Indianapolis, IN Indianapolis Monster Energy AMA Supercross Championship
Back in 2001, a turf war had broken out in AMA Supercross. Long-standing SX King Jeremy McGrath held the number-one plate, but 21-year-old Kawi man Ricky Carmichael was mounting the biggest threat yet to MC’s reign. They went back and forth a few times out in California, but many theorized that RC would hold the advantage once the series moved east. Carmichael, of course, is an eastern kid.

Indianapolis served as the first eastern race of the year. Carmichael had just won the Anaheim round the week earlier by running down McGrath for the lead—an unheard of feat. If McGrath failed to up end Carmichael and extract some revenge in Indy, the series could be over.

As soon as the gate dropped in the old RCA Dome, it was. Carmichael snagged the holeshot on his KX250 and took off. Tim Ferry and McGrath gave chase, but to no avail. Carmichael won handily, and just kept on winning, winning and winning some more. He ended the season on a ridiculous 13-race win streak, tying McGrath’s all-time win streak mark.

Indy was just another check along the way.