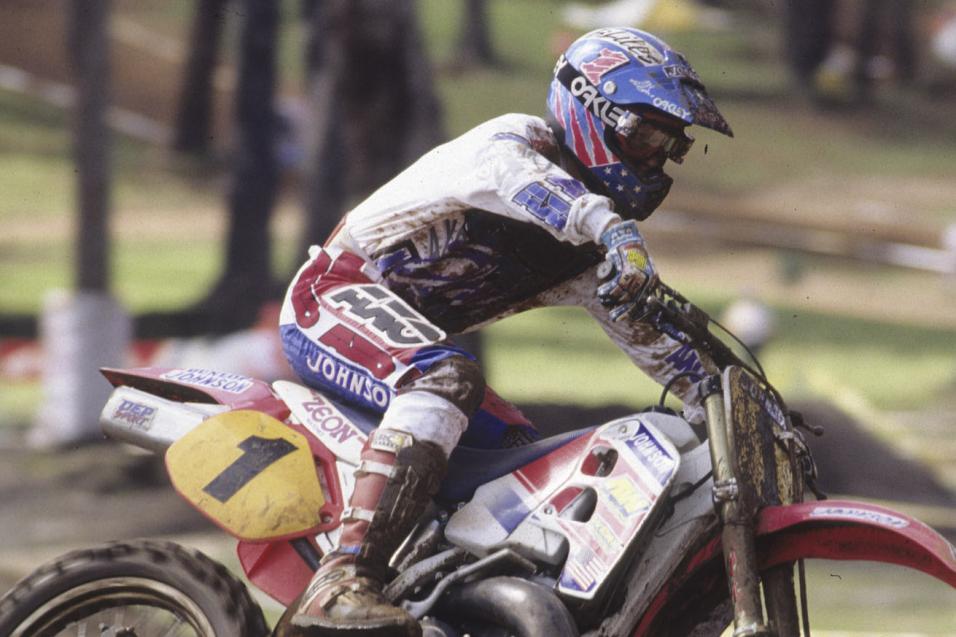 Where Are Billy Liles

January 31, 2011 1:00pm
by: Nick McCabe
Hailing from just outside Atlanta, Billy Liles was one of the first standout amateur riders who received major hype before turning pro. Growing up in the late 1970s and early ’80s, Liles raced anything with two wheels—including motocross, flat track, and road racing. By late 1980, Liles had settled on motocross and was selected by Kawasaki to be the first official member of the nascent Team Green program, which became the sport’s premier amateur racing program. Liles enjoyed a long career and won races in both America and Europe, and is now living back in his home state of Georgia.

Racer X: Billy, thanks for taking some time to catch up with us, and to let us know what you’re up to these days. Where you are originally from?
Billy Liles: I grew up with my family in Fairburn, Georgia, which is just south of the Atlanta airport. My father was a big fan of motorcycling and came to own a big dealership in the Atlanta area in the late 1970s. I raced everything back then, including dirt track and road racing, before I settled on motocross in about 1979. We saw that dirt track was on the decline, at least in the South, so we concentrated on motocross.

You were the first rider to sign a contract with Kawasaki Team Green when they started that program, and you stuck with Kawasaki for many years. How did that go down?
Yeah, I signed with Team Green in 1980. It was me and another guy from Georgia named Keith Turpin. It was pretty cool, but it was nothing like it is today. No one thought it could get as big as it did. After signing with them, I went and won at Ponca City and moved up to the pro class. I won AMA’s Rookie of the Year in 1983 in the 250 [outdoor] class. I did win the 1984 Lake Whitney National and was dicing with Bailey and Burnworth all season. I went on to race in the United States through 1986 with Kawasaki. I had some ups and downs during those years and got hurt in 1985 pretty bad. In 1986, Kawasaki had picked up Ronnie [Lechien] after his little Tokyo run-in, and that kinda got me pushed down a level with Kawasaki. Also, I didn’t really see eye-to-eye with Roy Turner at the time. 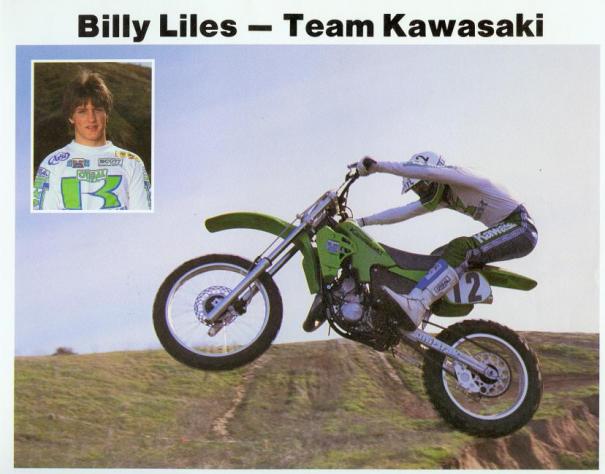 Liles signed with Team Green in 1980.
Photo: Courtesy of Kawasaki

Following your 1986 season, you decided to head to Europe for 1987. That must have been quite an experience for you—you were still pretty young, and in those days, European travel was much harder than it is now. How did that come about?
Well, in 1986, Kawi made me a good support offer, but I had to do it all myself. I just put together my own little program—it was basically my own team. I arranged everything from the box van to the mechanic and even the travel plans. I got a taste for what it took to pull it off and still make money at the end of the year while posting decent results. With that, I did some races in Europe and realized I could make more money over there than in America. So I took that little team manager experience and went over there full-time in 1987 and did the same thing. I went over with Kawi of Italy and flew over with Trampas Parker. It wasn’t easy and took a full year to learn things over there. We had a motor home but had to learn the ropes from scratch. I think I finished fourteenth that first year, and we certainly had some ups and downs.

But I kept moving forward. In 1988 I finished eighth and won a GP. I had a full factory ride but moved to Belgium [from Italy]. Moving to Europe really taught me about everyday life. It was amazing. Also, over there it was all outdoor motocross, and my riding style and temperament was better suited towards the outdoors. So I just kept at it and was lucky to make a good living at it. I raced in the 500cc GPs until 1994. Looking back, I won a number of races over there, maybe around twelve or fifteen GPs in the eight seasons that I was over there.

What was the point where you decided to come home?
At the close of 1994 season, I decided it was time. It was nothing specific. I had a young daughter at the time and she was coming of school age. It was a good run and I had made some great connections. I came back to Georgia and started my own import business into the USA. I was good with it and had a great run.

What about your family life? Are you married?
I got married in 1989 and was married for twelve years. We had two children, and my oldest, Stephanie [20], is in college here in the South. My youngest daughter, Ann Marie [14], is in the eighth grade. Both my girls ride, though, and we go out riding as a family. Since my divorce, I got remarried to Donna Liles, and we have been together for six years. I have a really great relationship with my kids and Donna, and we all have lots of fun. Things have turned out real well for me. I really can’t complain about what motocross has provided for me.

I understand you still race, and if I recall, you came out and raced at Loretta Lynn’s a few times, right?
Oh, yeah. Donna and I are still able to have a lot of fun doing it, even after all these years of racing. From age 5 on, I have always had bikes, as have both of my daughters. My dad taught me if it is not fun, don’t do it. Well, it’s always been fun! Once I got home from Europe, I did a lot of the open pro-class racing here in the South, but that slowed down when two-strokes went away. I still keep a modern bike and ride locally several times a year for fun and hit some of the vintage events as well. I just never found anything else that is as much fun as going to the races. 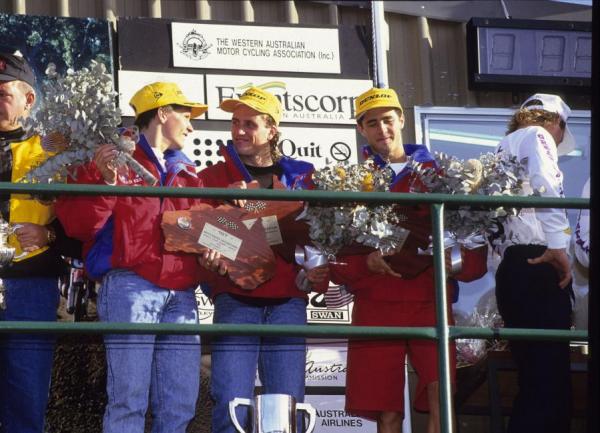 What are your thoughts on the sport today and the kids that are coming up?
I’ve had a front-row seat for some of these kids, and I helped out a few of them, including Austin Stroupe, and Zach Osborne. I think it’s amazing how good they are. In our day and age, we basically went to school full-time. I wrestled after school and pretty much only rode on the weekends. I didn’t have time to ride, except for Saturday and Sunday. Kids now ride three or four days a week and there is a lot more invested into them. Hell, [Bob] Hannah—he was my personal hero—didn’t start racing until he was 16 or 17. He did pretty well [laughs]. So it’s not like you have to start at a real young age, but it’s just changed.

So what about a job now? Are you just living the retired life and relaxing?
Oh no, definitely not. Today I work full-time for Pro Gold Lubricants, and we are based out of Atlanta. I had started out working for them via a distributor but came on full-time to work on the brand and to try and better promote the products within the powersports business. Basically, I’m just trying to get products in public eye. Currently, our biggest product is chain lube that is targeted towards the bicycle market. We also make a gun lubricant and cleaner as well. But the company was founded in 1990, and our very first product, the product that put us on the map, was an engine treatment for automobiles, and which reduced fuel consumption by an average of 10-12 percent. Since then, we have branched out into the bicycle, motorcycle, and weapons market. My focus is on powersports and our powersports products.

Thanks, Billy. If anyone wants to track you down, what’s the best way to reach you?
Just visit the Pro Gold website [www.progoldmfr.com] and check out our webpage. The company’s contact info is there, and anyone can call or email me through that source.