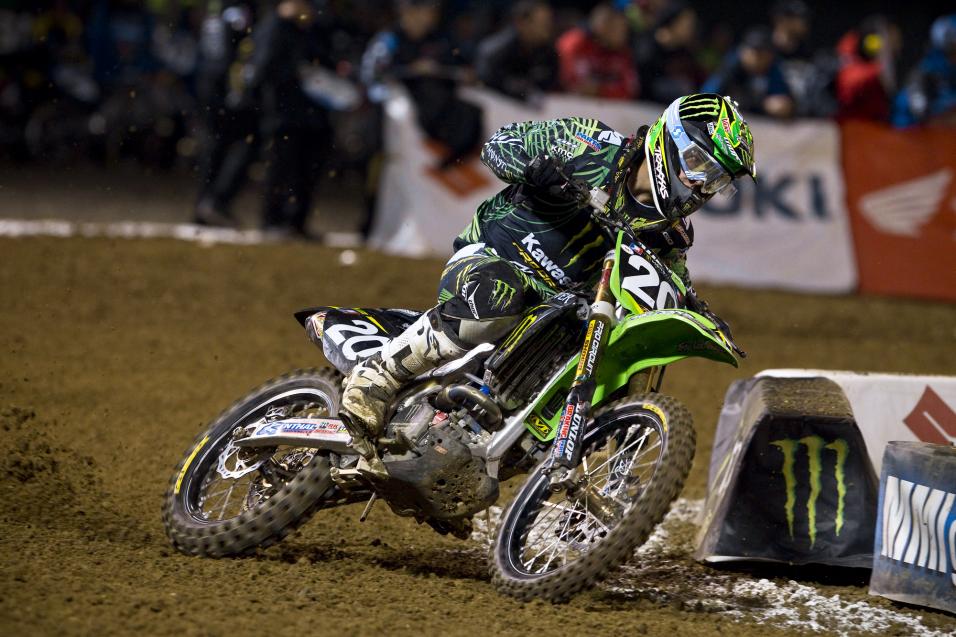 Advertisement | Advertise with Us
Oakland, CA Oakland Monster Energy AMA Supercross Championship
Monster Energy Pro Circuit Kawasaki’s Broc Tickle is back in victory lane, taking his first win of 2011 on a brutal track in Oakland. For some reason, Tickle just felt like he was going to win all week. His secret? Possibly a magical burrito.

RacerXOnline: You got the win! You stoked?
Broc Tickle: Yeah I’m pumped. It was a good day, and I had a good week coming in. I felt like I kind of knew it was going to happen as I was coming in, kind of like last year so….

Wait, so when you don’t get all super excited when you win, it’s because you really do just expect it to happen? That’s true?
Yeah! When I feel it, it’s just confidence. I had a good week coming in and I had confidence. I mean, I had good practice times and stuff but I just knew it didn’t mean much. I had a good heat race with the win, and everything was just smooth sailing in the main. I don’t know what was going on, but I was focused, 100 percent. I felt awesome, like I couldn’t even make a mistake if I wanted to. I felt really good, and track conditions were on my side, too. So hopefully I can just take this race by race.

So what made this such a magical week? Did you change anything?
No, I didn’t change anything. I think part of the problem in those first two races where I struggled, I mean, I got second and second, but it wasn’t perfect. I struggled dealing with pressure. So I think that’s what it was, just learning to handle pressure. So that’s what I have been doing, putting it in my mind that I’m just as good as anyone out here, and just not worrying about the pressure. 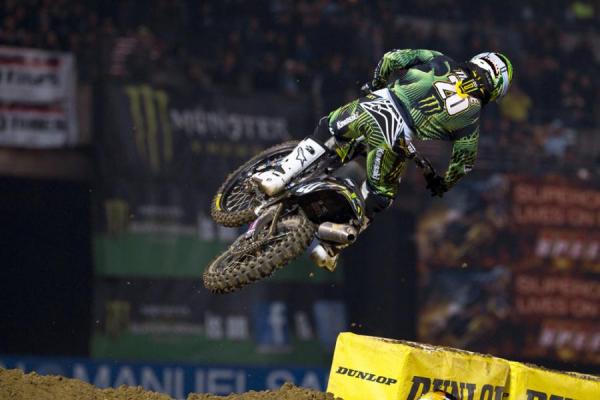 Tickle closed the points gap to one with his win in Oakland.
Photo: Garth Milan

Well, there was a point in this race where you were leading, and Hanny started closing up like he did at the first two races. So is that what we’re talking about? You dealt with that.
Yeah, like, I didn’t even really notice he was there. That’s how focused I was, and that’s what I need to do in the future. It was like I didn’t even realize anyone else was out there on the track, that’s how good I felt tonight.

You didn’t have the best start, either.
I think I was like fifth into the first turn. I got into fourth and went from there. Tomac went down while leading, so that gave me a little brownie point there. From there I kept riding, I got around Roczen, I really don’t even know where. I really don’t even remember where I passed Hansen. It’s almost like it was just a blur to the finish.

You said the conditions tonight worked in your favor.
When it started raining, I was like “Yes!”

So we media types aren’t just making that up based on Seattle last year. You like these conditions.
I don’t like it super sloppy, but I like it when it makes it more technical for everyone else. I know how other people ride, and I feel like I can ride better in conditions like this. So that just gave me more confidence!

How bad did it get? The whoops must have been tough.
Actually in the beginning I was skimming the whoops, and it was getting pretty slow through there. So I was like “Screw it I’m going to try jumping them.” You know, I think that’s when Hansen started to close in, when I was still skimming. Once I started jumping, I would go three, four, three, three. It was fast and smooth. It actually felt really good, and I think that’s what helped me go lap-by-lap consistently. By the eighth lap, when I was jumping through, I knew I had it. 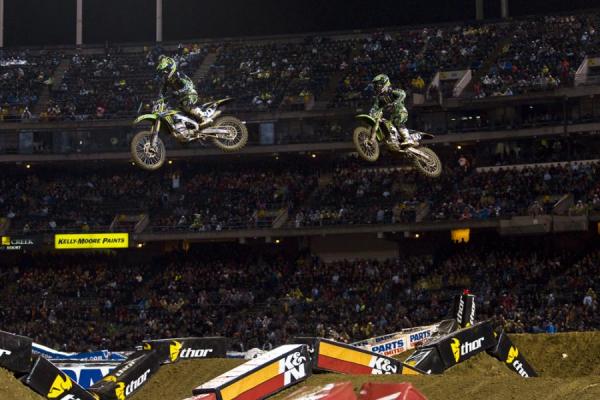 Tickle was able to outlast teammate Josh Hansen for his first victory of the year.
Photo: Garth Milan

Man! Where did this confidence come from? You need to sell this to some guys and make some money.
You know, last year, it was weird. In Seattle, there wasn’t much to eat around the truck for some reason. So I got really hungry, and I went to Chipotle, right during the race day…

No way! You left the track?
Yeah! I did! It was like two miles from the track or something. I had that sunk into my head ever since then, that if I had some Chipotle I could get another win. But it didn’t really work out for me. So now I’m going to just keep doing what I’m doing.

So wait, wait. You’re telling me you have eaten Chipotle on race day at the other races this year?
No. I wasn’t able to make it happen on race day. But I’m not going to say I didn’t have Chipotle again during the week. Because maybe I did.

So that’s your magical secret to a great week? You ate at Chipotle?
Yeah, there’s something going on here.

That’s a pretty cheap solution, too.
Yeah. A seven dollar meal, made a big difference.