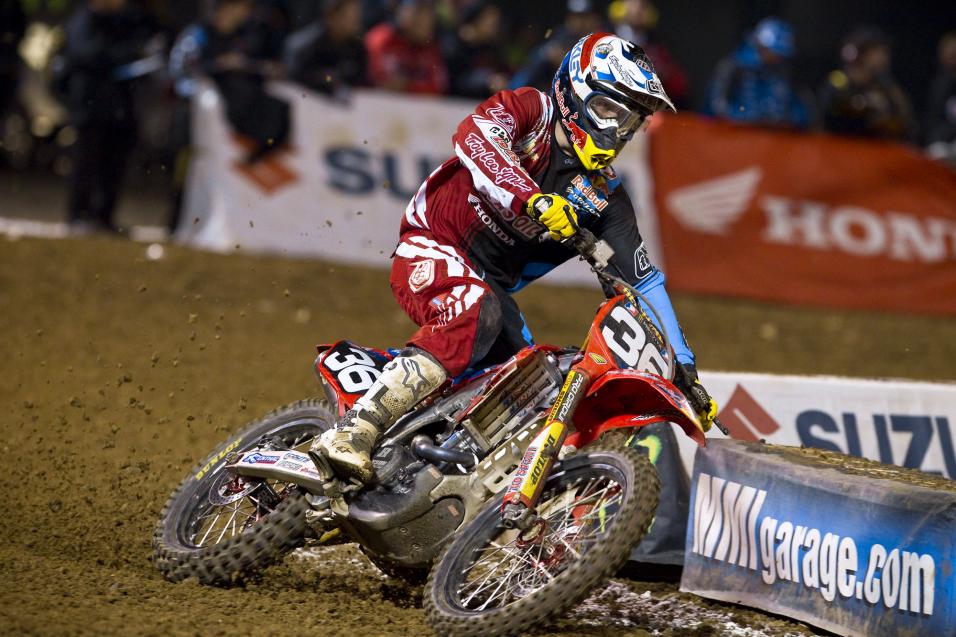 While a race weekend ecompasses weeks, months or years worth of work for riders and teams, the results are often created in one small window, a small moment that can lead to glory of heartbreak. The Moment breaks down that small portion of time.

Last week, Cole Seely was on top of the world. He had just won his first supercross in the most dominating way imaginable: by grabbing the holeshot and leading every single lap of the race. Afterwards, he was so excited he was barely able to form a complete sentence while doing his post race interviews. Seely and the Lucas Oil TLD team had broken through for that elusive first win, and would no doubt be looking to repeat their success at the next race.

Fast forward to round four last night in Northern California. As the night progressed, Seely was showing that he just might have the speed to turn his single race win in Los Angeles into a streak of two in Oakland. In his heat race, he garnered third after overcoming a mediocre start, and set the second fastest lap of the race while coming through traffic. 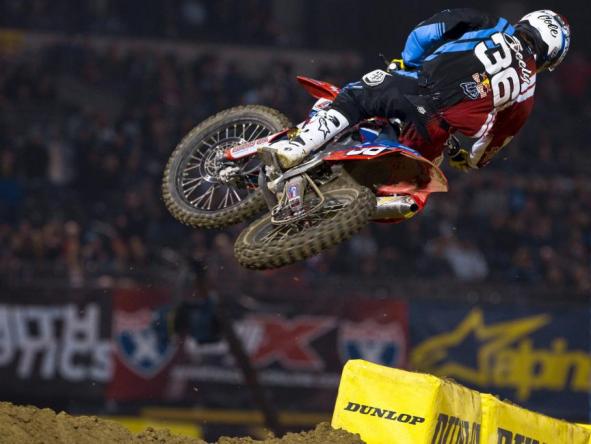 Seely never had a chance to go for another.
Garth Milan photo

Then, in the Lites main event, the wheels fell off the train. Seely didn’t even log two laps before an awkward landing destroyed his rear brake system, forcing him to pull out of the race. In a single, unpredictable moment, Seely’s night ended; he had gone from first, to dead last.

It’s an illustration of just how cruel and uncertain life in the Lites class can be. One minute you’re racing for the win, and the next, you are back in the pits, listening to the echoing sounds of a race you could have won drift hauntingly through the air. The emotional ups and downs that racers go through on a weekly basis can be brutal, but fortunately, racers are tough, and you can be sure that Seely won’t be cleaning out his locker and heading home after this.
Seely knows what victory tastes like now, and if anything, his rough night in Oakland will likely serve as more motivation than discouragement.