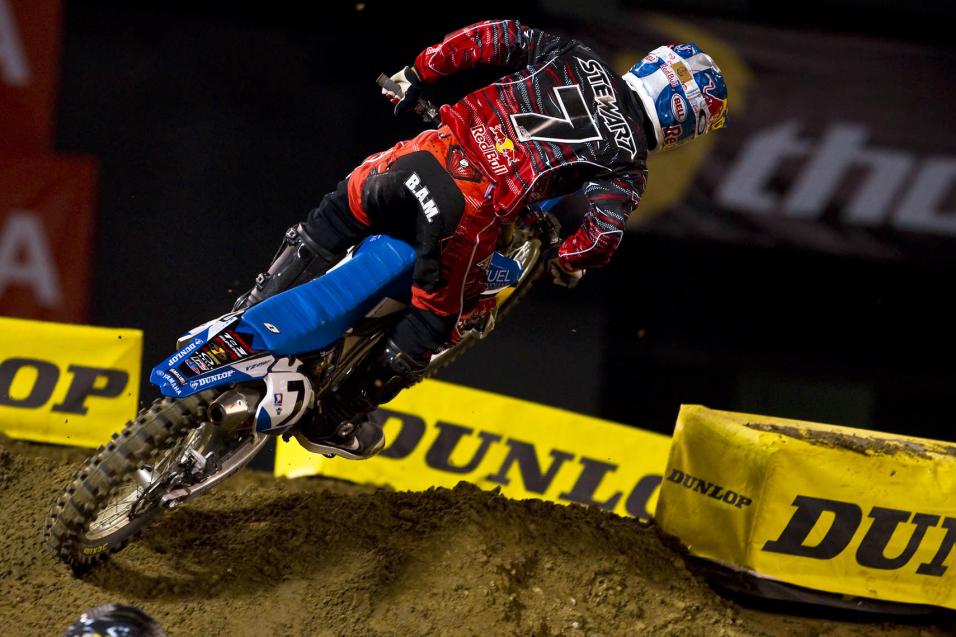 We came into the season thinking there was a big four (James Stewart, Ryan Villopoto, Ryan Dungey and Chad Reed) but soon amended that to a big five once Trey Canard started impressing. Well, now we may be down to a big two, as Stewart and Villopoto are really starting to separate themselves from the field after four races.

At the first round RV won going away while Stewie came from a bad start to third behind the Kawasaki Kid and Dungey. Since then the seven and the two have been battling it out. Stewie won Phoenix with RV second and in LA it was Villopoto with James in second (after passing Dungey twice). Last night, RV led early before washing out the front end (just one more in a sea of washed out front ends this year it seems) and James went on to take a commanding win. Full marks to the seven for what he did after a couple of incredibly rough practices. James even skipped the last practice and saw himself become a victim to a much faster track and his class leading second practice time was now only eighth best when the final practice was done. But that doesn’t matter much. When the chips were down for the main event, the man once known as J-Mac held a royal flush and took home the pot. 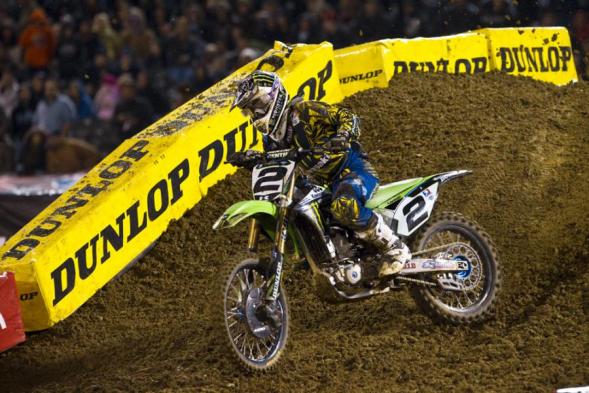 Much further back, after Villopoto crashed, it was old-school night as Chad Reed held down second. But no one was counting out Villopoto as he seemed to be on his way back to the front before crashing a second time. When the flag flew, it was an unsatisfactory fourth on the night and Ryan was left wondering “What if…” after the main. A closer look at the race sees that RV actually logged the faster lap in Oakland with James right behind him. And no one else was even in the same second as those two. But that’s nothing new, either, because in every single main event this year, the blue man and gang green have had the top two fastest times in the main event.

So we have James in the lead with a two point gap on Ryan and third place Ryan Dungey is already twelve points behind RV, fourteen to Stewart. I’m not sure what there is to separate the top two riders from each other besides some bad luck and starting position, but I do know that they are breaking away from everyone else and threatening to turn this into a two man show.  It may not sound as good as the big four, but we’ve seen two-man battles provide plenty of entertainment in this sport before.