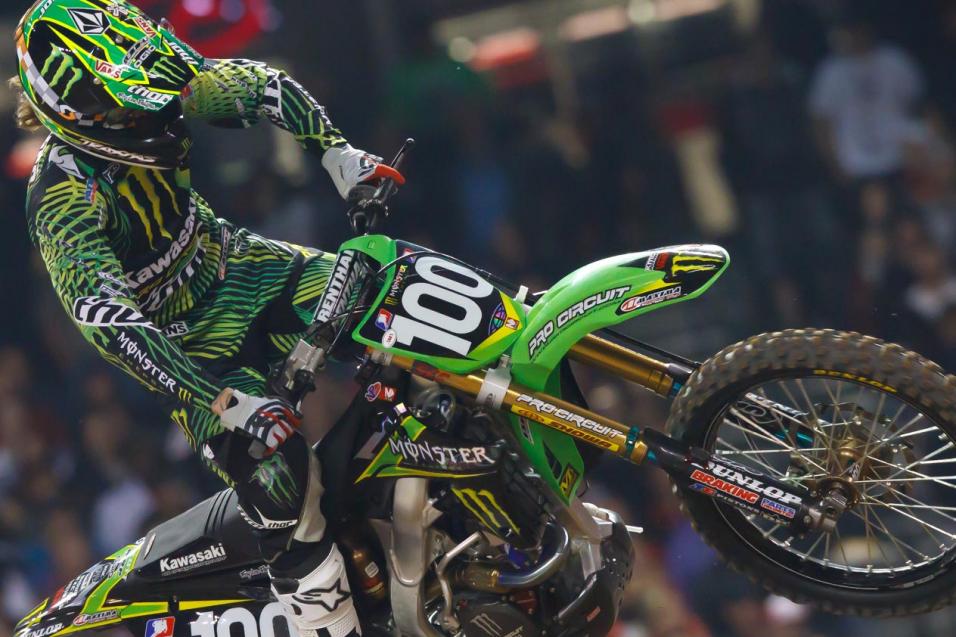 Josh Hansen is back. Again. Yet another last chance, and this time he’s making good on it, taking the first two rounds of AMA Supercross Lites West on his Monster Energy Pro Circuit Kawasaki, a follow up to taking the Australian Monster Energy Super X title in December. It’s early in the season, but Hansen has every right to now start thinking about an AMA Supercross Lites Championship, instead of just finding a ride.

Hansen has been here before. A Yamaha-backed rider in the amateur ranks, he broke into supercross with Yamaha of Troy for a few years, before signing with Red Bull KTM back in 2005. There, he very nearly won the Lites East Championship, and by very nearly, we mean actually tied for the title in points. But Grant Langston scored the crown via the most-wins-that-season tie breaker. Hanny then struggled with a back injury in 2006, and soon the downward spiral began.

He took a shot at 450s with the inaugural Joe Gibbs Racing squad on Yamahas, and struggled so badly that he and the team parted ways halfway through the season. He had a shot with Hart and Huntington in supercross, and a shot with Troy Lee and some other teams for races like the X Games and the Moto X World Championships. It never worked out for long, even after he won gold at the 2008 X Games. At one point, Hanny was out of a ride altogether, until an Australian team called him to ride some motocross in the summer of ’08.

Hansen lived in a barn down there, and got away from the California rat race. After this rejuvination, his old friend Mitch Payton then offered him a KX450F for the ’09 X Games, and Hanny delivered a gold medal. He returned to AMA Supercross on Payton’s Monster Energy Pro Circuit Kawasaki team last year. With his considerable talent, lessons learned, and a superb team backing him, 2009 could have been the year that Hansen finally delivered on all of his promise.

He did—kind of. He won the Salt Lake City race and took sixth in points. It was just enough for him to hang on to his Pro Circuit ride for another year. Finally this year, he’s winning races in bunches, the way he could have so many years ago.

“I’m just trying to take it one race at a time,” said Hansen from inside the Pro Circuit truck, while the team celebrated his Phoenix win. “I’m just enjoying what I’m doing. I’m really trying to turn my whole life around. I’m trying to do stuff differently, and I think it’s been working out. But it’s one of those things where I don’t want to get too happy, because I don’t want to let my guard down. I want to keep doing what I need to do, and keep moving forward. Building every weekend is my goal, and as long as I do that, I should stay in the right position.” 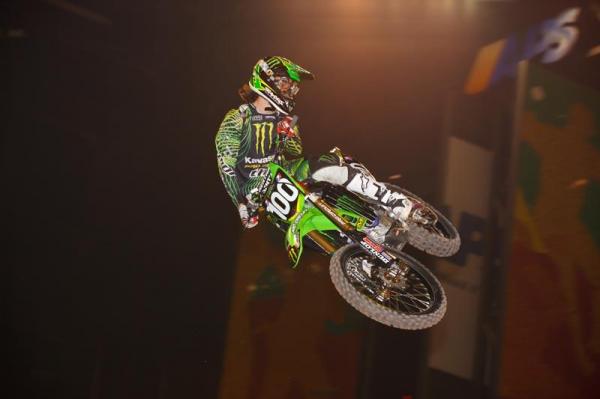 Make no mistake, Hansen has always looked good on a bike.
Cudby photo

Last year Hansen says he wasn’t quite mentally prepared for the opportunity Payton had given him. Over the summer, with his sixth in points behind him, he explained it: “I was riding well and going fast, but I had a mental block. After two years of having such horrible seasons, even though I had all the backing from Mitch, I needed to know that I deserved to be there. Mitch and I sat down and talked. He told me good things happen to good people, and that I had become a better person. If I was willing to go through the pain during the week, I deserved to win on the weekend.”

Even more impressive is the way he’s going about grabbing these wins. At both Anaheim and Phoenix, he waited patiently behind his new teammate Broc Tickle, and then pounced. At Anaheim he made a pass, and at Phoenix, he inherited the lead when Tickle crashed. 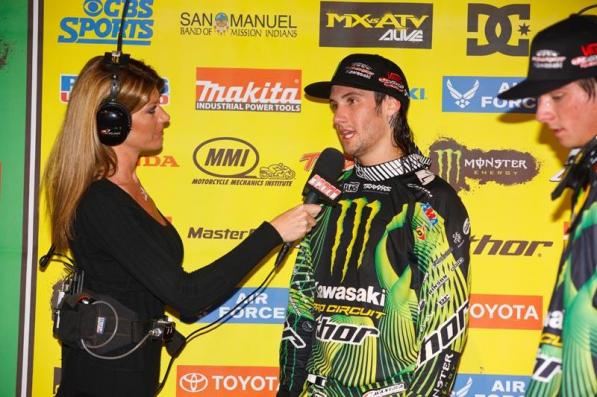 Hanny is glad to have another shot.
Cudby photo

“Yeah tonight I didn’t get a great start or whatever, I was like fourth, and I knew on this track you couldn’t make up a lot of time,” he said. “So I knew when I got into second, and Tickle was ahead, it was going to be hard to break him down. But I just wanted to be smart. I was breaking him down a little bit, but I would have waited until the last lap to make a move if I was going to make a move. But I didn’t need to step that part up, he went down, and it ended up working out for me. But I have great teammates, too, and I’m stoked for them, and especially Monster Energy Pro Circuit and Kawasaki. I’m so thankful for them to give me the opportunity, and to show that, what they believe in, is for me to go out there and do things like this.”

On the outside, Hansen looks like the same guy he was last year—well, maybe he has a few more tattoos, and maybe his hair is even longer. But something seems different about his approach to racing.

“Last year, I was just as fast as I am now," he says. "But I was definitely impatient. Speed wise I’ve always been pretty good, and I feel like I still have that, but now I’m mentally strong. And I’ve also got fitness, that’s pretty big for me. So hopefully I can just keep this going, keep doing the right things”