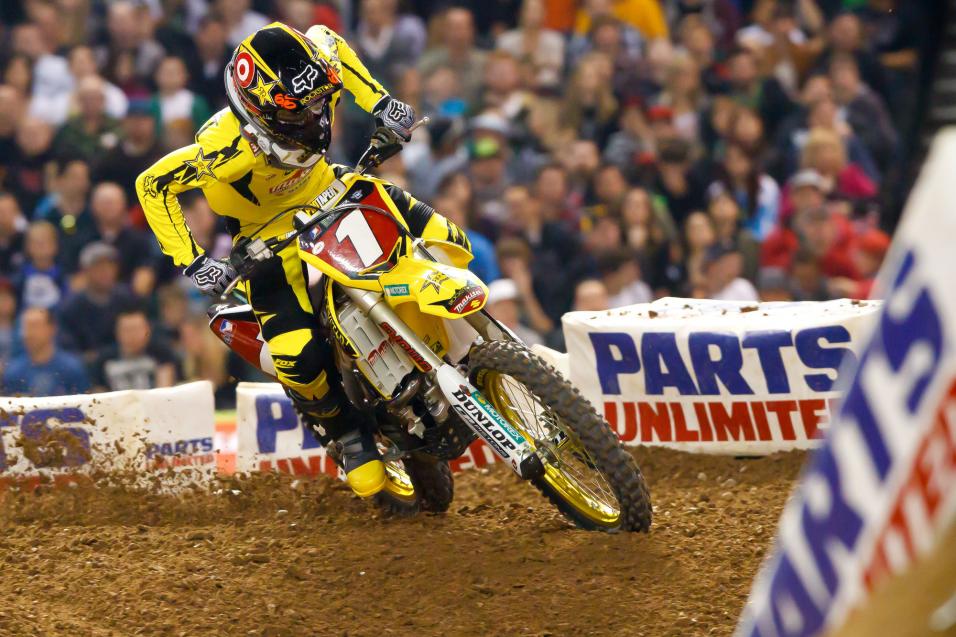 Oh man, what a race! Two of the top names in the sport battled it out, man-e-mano, for 20 laps, all the way down to the last turn. Pretty much all you could ask for. This battle featured Ryan Dungey and Chad Reed, and at the finish, they were separated by just one second.

At one point, Dungey was in front. They closed in on Justin Brayton, and the battle raged even harder. Reed made a pass on both, then failed to triple, and Dungey and Brayton jumped into each other in mid-air as they tried to avoid him. Mass chaos, crazy action, and Reed snuck back out with the spot. Dungey then spent the rest of the race trying to run Reed down, and surely their teams were on pins and needles watching them fight over tenths of seconds.

On the last lap, Dungey was still digging and going after Reed. He closed up right onto his rear fender but could not find a spot to make a pass. Heading into the last turn, Reed looked over his shoulder, knew he had the line covered, and cruised across the finish with a hard earned position.

That position? Fourth. Trey Canard had snuck away from this battle earlier, and James Stewart and Ryan Villopoto had checked out a long time ago. 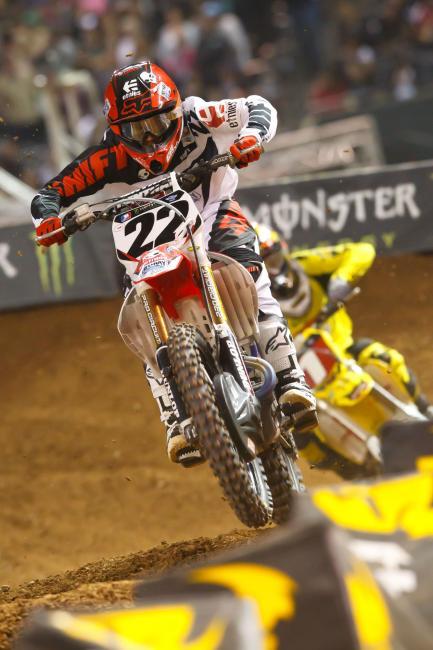 We’re only two races into a series that runs from January through May, so it’s way early to start making sweeping judgments. But Villopoto and Stewart are the ones who grabbed the race wins so far, and they’ve generally been the two fastest riders. And Canard is just scratching the surface of his potential, and isn’t going to hand over podium spots soon.

The year started with talk of the Big Four of Dungey, Stewart, Villopoto and Reed, but now Canard is moving in. Brayton has the potential to mix it up, as he did after a good start in Phoenix, and Kevin Windham usually builds steam as the year goes on.

So where do Reed and Dungey stand? The Phoenix track was dry and slippery, and both riders are not known to take excess risks. They survived and stayed up and healthy with plenty of other races left. Remember, Reed and Stewart were basically out of the series by Phoenix last year, so just surviving this one is an accomplishment.

But right now, Stewart and Villopoto are feeling fast, and a few others are feeling like they can get right into the mix. Dungey and Reed will need to up the pace soon to show they’re still on par with those front two. Otherwise we could be looking at a big two—with another big four or five behind them.