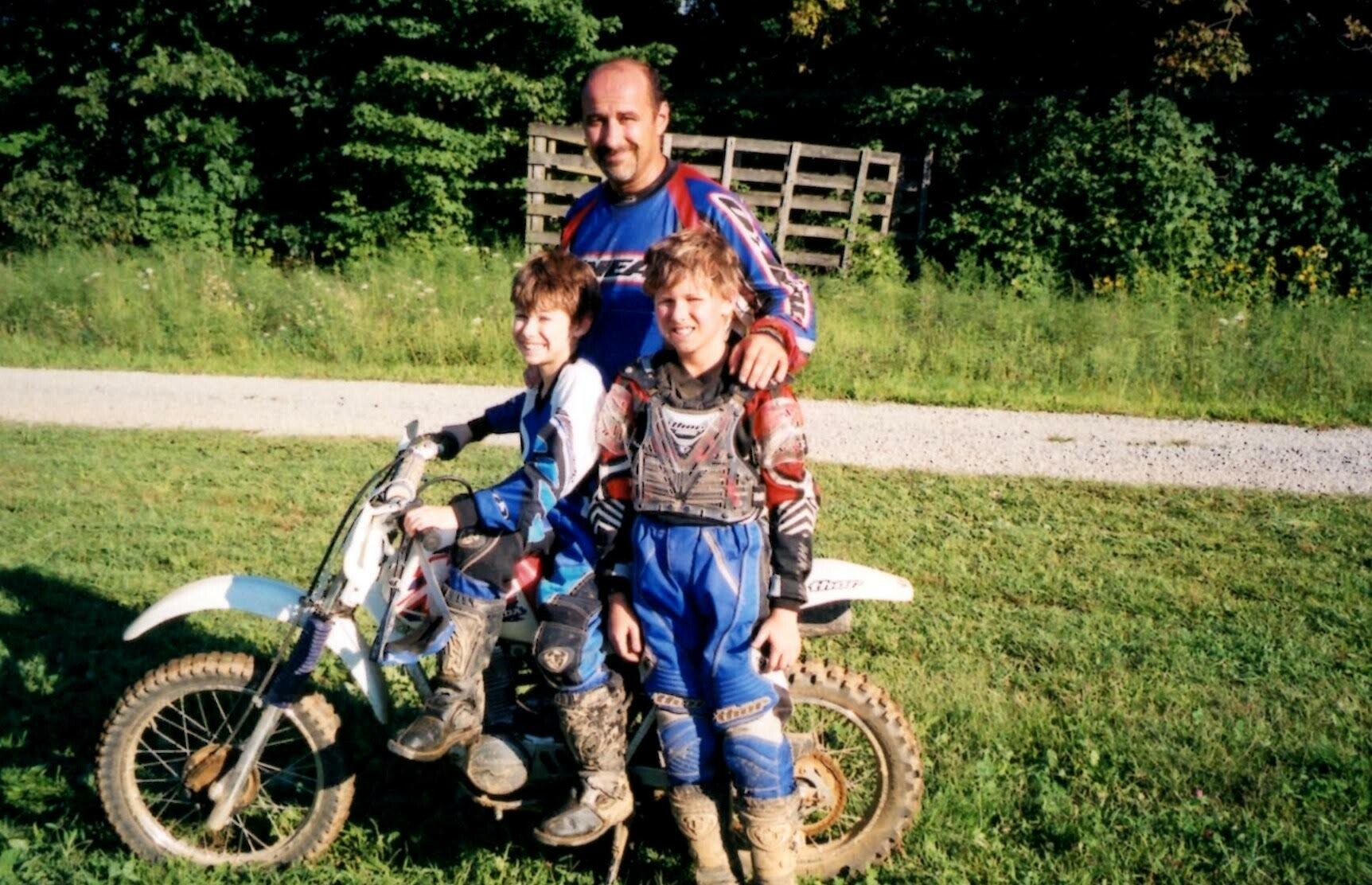 The Monster Energy AMA Supercross Championship has been the focal point of our coverage here at Racer X the last few weeks—especially with the Anaheim 1 SX wrapping up and the news of the rescheduled Oakland Supercross the last few days. The top riders of the sport took over the most visited venue in AMA Supercross history and we watched as winners arose and others left dejected. But I have to give a shout-out to a small, family-owned facility here in the corner of Pennsylvania that had an impact on the weekend warrior type of riders, especially my family.

Creekside Motocross, one of the longest running local practice tracks in the West Newton, Pennsylvania, area, recently announced they are closing its doors. Dave Eisaman, a motocross enthusiast himself, started the track back in 2000 to provide local fellow motocross enthusiasts a place to ride. Fast forward 22 years later, and the facility remained packed each weekend. People within a reasonable distance would make the drive to Creekside Motocross each weekend because Eisaman always had the track prepped freshly each morning and the track provided a great practice circuit to riders of all different age and skill levels.

My family first visited this track in either the first year or two of it being opened (I cannot remember off the top of my head) and I genuinely mean it when I say it has been one of our favorite tracks ever since.

In the early years of the track, you had to go to the Eisaman family’s house a few minutes from the actual track to get registered for the year and signed up for the day. Then, you would drive to the track, you would follow a single-lane dirt path along a tree line up to the parking area. You could ride as much as you wanted until it closed. While signing up at their kitchen table, we would chat with Dave and/or his mother about moto, life in general, and play with their small dog. It felt like we were a part of the family. Eventually, they built a small shack at the track and sign ups got easier, but it was still like catching up with family during the few minutes it took to get signed up each day.

I first visited the track at a young age, riding slowly around on the “kiddie track” as the big bike track was only a dream. As I took a break at our truck, I would watch as my older brother Jake, my dad, and a bunch of riders much older and must faster than me jumped around the big bike track thinking Someday that will be me. After a few years, my dad let me take a test ride on the big bike track. We were the only family left that day, so dad let me briefly follow him around and vice versa. Although I was afraid and really not skilled enough yet to do it, it was fun to say I rode part of the big track.

Eventually, I made my way up to the big track full-time, although it then took me a while to get up to speed enough to hit all of the jumps. There were days our family would be the last crew at the track and Eisaman would tell us he was going to head out for the night, and we just had to shut and lock the gate once we left. My dad like the open track better than when it was crowded, with riders constantly shuffling and jumping past him. When we had the track all to ourselves, we could practice a handful of sections over and over until we got them down, which helped us put together better full laps. Once I got older and faster, I would battle against my brother and my dad and our buddies to see who was fast in which sections and to see myself progress as a rider.

Throughout all of our years of riding at Creekside Motocross, the drive into the facility changed, the track layout changed, our bikes changed, and we saw a bunch of riders come and go. But it always felt like a second home. Even with track changes, there were staples of the track: the bottom rhythm section (even though sometimes the number of jumps and lines changed), the mulchy turns, and the nice, 90-degree banking turn into the uphill jump. That section became my favorite to hit over and over and over.

If a section changed, we always adapted quickly because Dave gave us a heads-up during signups, plus there was never anything too aggressive and dangerous. Although I remember one time, I was in middle school our older friend Zachary Coffield jumped this massive gap on his Suzuki RM-Z450 that Dave later said was not supposed to be jumped and he never saw anyone else jump! Coffield was the fastest family friend we had, and he turned an uphill roller into an insane double. Anyways, the track was always in great condition. Dave never jacked up the prices on us or demanded anything. He just wanted everyone to be able to enjoy riding their motorcycles—himself included. I remember sometimes when he used to blow past me on his pit bike, even clearing jumps along the way!

Although the track was regularly packed each weekend, the decision to close was not Eisaman’s choice. Eisaman had been renting the massive property the track was on the entire time from its actual owners. In 2020, the property owners told Eisaman his lease was up at the end of 2022, and they would not be renewing it for another year, effectively closing the track no matter what once the calendar year was complete. Eisaman said he was given a heads up in 2020—so nearly two years in advance—and he was able to start to take in the news. Still, it was not easy for him to comprehend himself. And when it came to announcing the news, he told us it was tough to close down since so many riders banked on him and his facility to ride, being the only track in the area. Eisaman thought about pursuing another property and starting from scratch, but with a young child at home he decided he was at peace with closing and spending more time with his family.

Below is the announcement of the Creekside Motocross facility closing.

“This has been a post that I know will deeply effect our motocross community. As some may already have heard, and for others, this may be news to you, but our facility after 22 years of operating has come to a close. With the news 2 years ago that our lease would be up at the end of 2022, it was hard hitting for me and had many sleepless nights thinking about it. After the announcement, it was my goal to give you guys the best facility I personally could give you guys for the remainder of my lease. Its very hard for me and my family who helps with the track on weekends to see you guys go. The number of people who come up to me every weekend thanking me for giving them a great place to ride was very rewarding. As anyone knows, its not easy running a Mx facility. I started this business 22 years ago because there were no places to practice for racing in the area. It quickly caught on (pre-social media era). Since the start of Creekside, we saw many places start (most failed within a few yrs). A few have lasted but I believe almost all of them have been sold a few times over the duration of their time. With our news 2 years ago we were hoping another facility locally would have came about. But instead more were closing their doors. We hope that someone steps up and fills the void in our area. For right now, I'll be stepping away from it.

I would like to thank Linda Markle and family for giving me, as well as all the riders, the lease for the track. Without her permission, Creekside would never have started.

So for that we thank them for 22 great years!

We appreciate each and every one of you over the years for your support!
Dave Eisaman
Creekside Motocross”

My dad, brother, and I got lucky with the hit and miss weather here in Pennsylvania and a free Sunday, so we made one final trip to the track in November 2022. It was a perfect send-off, us three spinning laps together at our favorite track one last time, just like the good ol’ days.

Thank you for the memories, Creekside Motocross, Dave, and the Eisaman family!

Oh and one final note throughout all our years of going to Creekside Motocross: in every picture of my dad on the track he is wearing the same set of O’Neal gear he first wore during our maiden day of riding at the track. No, not just the same colorway, the exact. Same. Gear set. About 20 years later, Mike Kendra is still wearing the exact same set of gear, putting it to the ultimate durability test! You want to talk about product longevity!