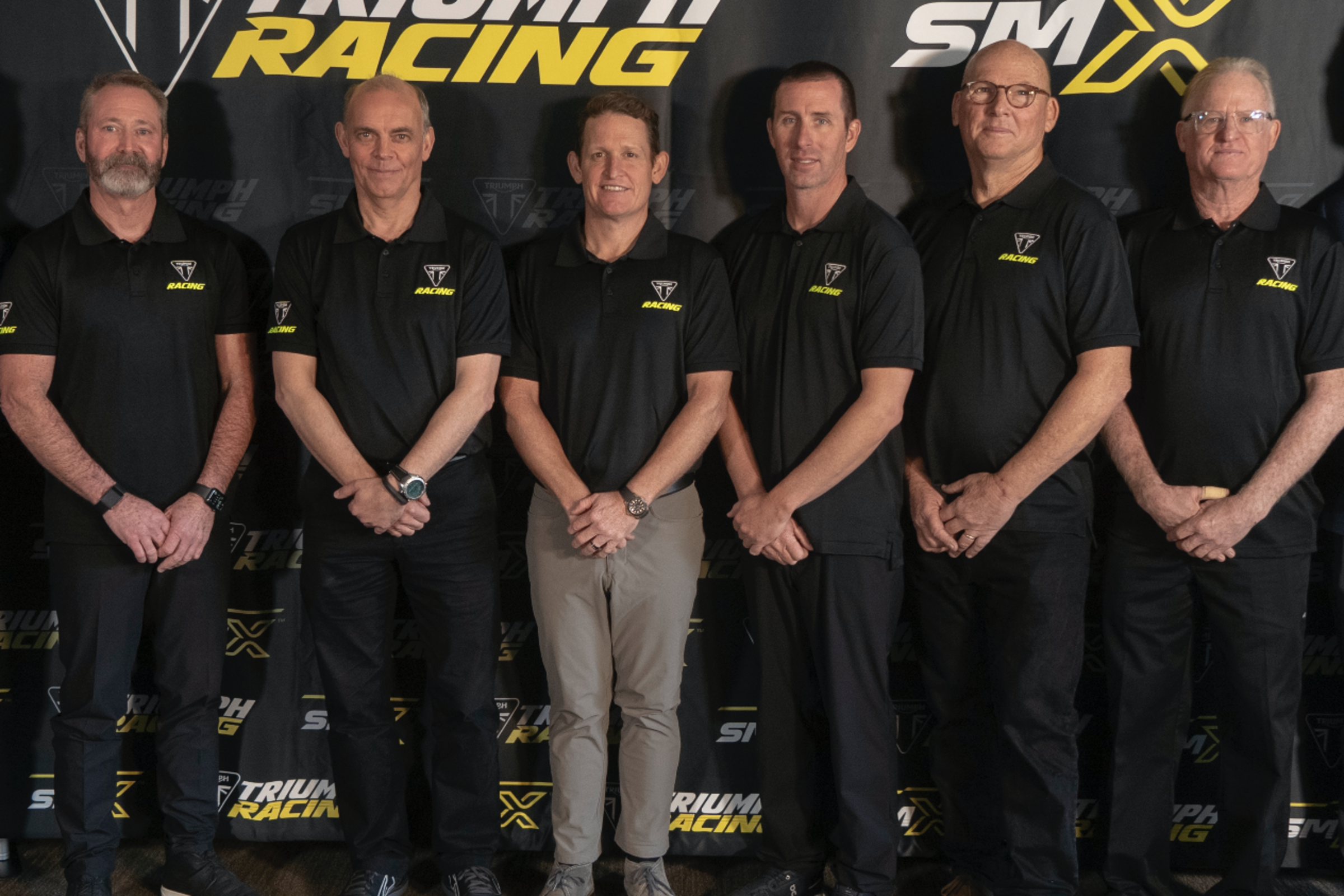 Triumph's heritage in street and road motorcycles is paving the way for an entry into motocross and supercross, with new bikes and a new team for 2024. The brand announced the key players in the race team last week, and Jason Weigandt went to Angel Stadium to talk to them, including Ricky Carmichael, who sees himself as a general manager in picking talent, team principal Bobby Hewitt, and team manager Stephen “Scuba” Westfall, AMA Hall of Fame inductee Dave Arnold as lead chassis engineer, and Dudley Cramond joins as lead powertrain engineer. Jeremy Appleton, the global racing manager, joins Weigandt as well. We haven't seen the bikes yet, and the team isn't racing until 2024, but when you get to know the people behind the project, it becomes clear how seriously Triumph is taking this project.