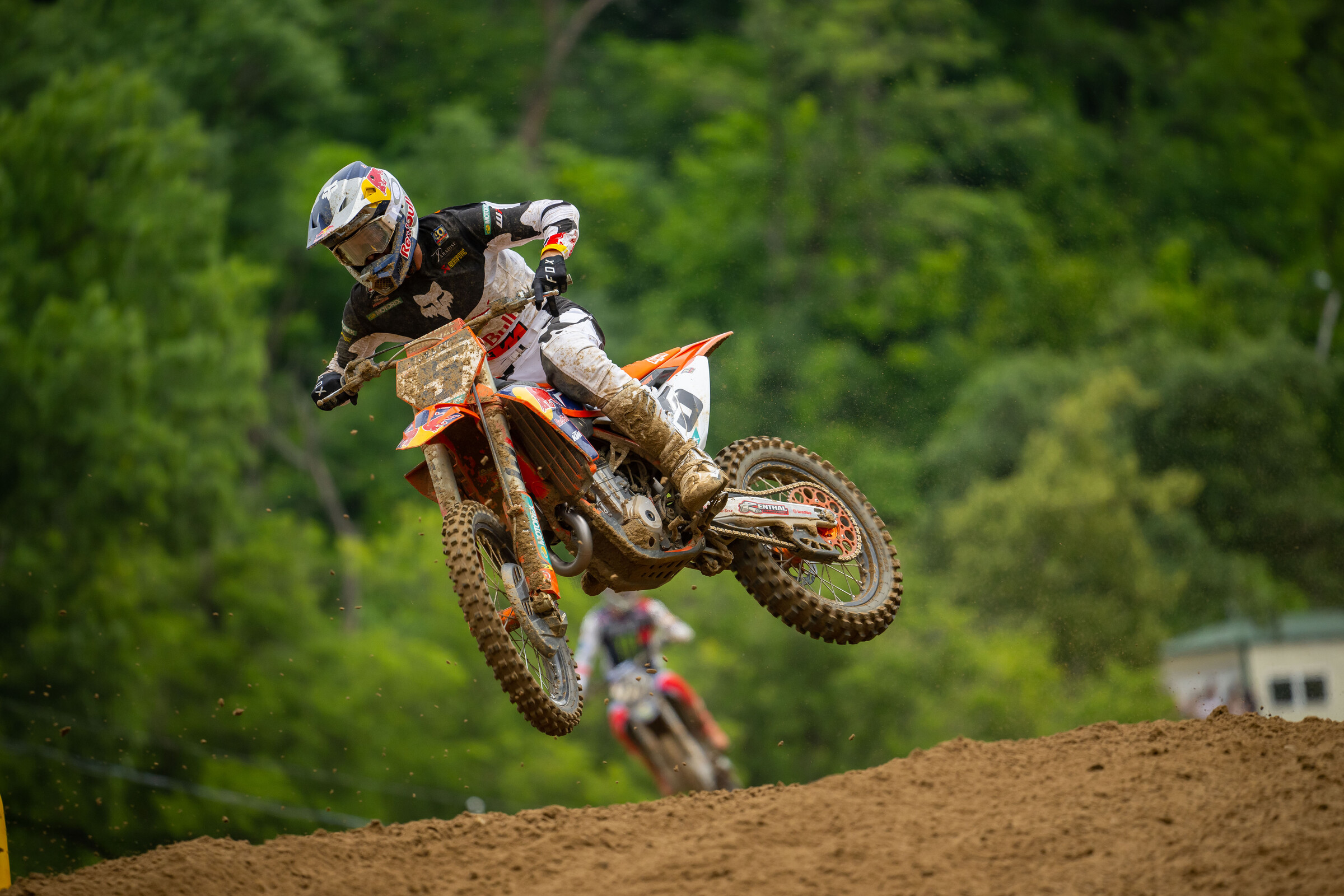 One of the most shocking storylines of the 2022 season was when multi-time Monster Energy AMA Supercross and AMA Pro Motocross champion Ryan Dungey announced he was returning to race Pro Motocross for Red Bull KTM. After five years away from the sport following his retirement in 2017, Dungey found an in with his old team as Cooper Webb sat out the Pro Motocross campaign. Dungey was initially slated to just do two races, but after finishing fifth and seventh respectively at the opening two rounds, the 32-year-old was locked in to contest the whole season. What was initially an itch that needed scratching for Dungey suddenly became much more as he continued to sniff the podium week after week. Suddenly, the rumors were hot that Dungey would come back full-time moving into 2023. When asked about it at mid-season, Dungey did not deny it and rather explained that he had some things to figure out.

Well, when the checkered flag waved at the final round at Fox Raceway, Dungey quietly slid back into retirement without much notice. His final line from his 12-round return saw him finish sixth in points with seven fourth place finishes in the 24 motos, just narrowly missing that elusive podium time after time. So, what kept Dungey from pulling the trigger on a full-time return? Steve Matthes caught up with Dungey on this week’s PulpMX Show to hear from the man himself.

Racer X: We haven’t talked to you since you announced that you weren’t coming back. Near the end of the year it seemed like you had decided to come back (for 2023). I’d heard they were [offering] maybe supercross, maybe just motocross again. Then at the last minute it was like, “No, he’s done.” So take us through that decision not to come back again because to me it was a successful outdoor season for you. You almost got on the podium, ran up front. I don’t think anybody could have asked for more with you being off for so long. So take us through the decision to not do it again.
Ryan Dungey: Yeah, for sure. The initial, getting the opportunity to go racing, it worked out. I got to be in Minnesota. We just had little Banks at the time. He was like four or five months old. So, I didn’t have to uproot the family and it just worked. I could fly to and from the races, leave Friday and get home Sunday. So it was kind of always a short-term plan to do the outdoors and it did develop into talks of supercross of course. There was the opportunity to continue to go racing and KTM was kind to open the door there. You know, it didn’t weigh on me, but I thought about it for a long time just because here’s this chance and this opportunity. The pay was great, the opportunity to go racing supercross only, it was a great deal. So for two months I just kind of teeter tottered kind of trying to make a decision. When it really came down to it, having to move and uproot the family and put them back in Florida, we’ve got two kids now, we’re away from the family, it was just a bigger decision than me and Lindsay now. I got family involved. I needed to go back to racing (because) for one it was the challenge, but two it created a lot of closure for me of after racing. After the outdoors were done, I was happy, and I was content. I’m good, and I don’t need to race anymore. That was my own stuff I needed to work through. For the most part, it was a good season. Did I want to get on the podium? Heck yeah. Did I want to be up there contending for wins? I did. But the fact is, I was happy. I can’t be mad at myself. It was five years, like you said. Did I want more? Yeah, absolutely, but I was completely content with how it went.

You had the GEICO thing going for a little bit and then I know you had tried to go racing on a Honda, and then you eventually came back with KTM. So you say you’re happy and in a good spot, my next question was going to be, do you have another sort of passion that you want to follow athletic-wise? I’ve always thought you should do some triathlons or do mountain bike racing.
No, for sure I have other things I’m working on and that’s good. Things didn’t come to a stop just because I went racing. The racing was good in a sense of yeah, there was a goal and a purpose. You’re getting up every day and you’re training. But at the same time, I realized that the bigger thing I need is just to be around it. I need that adventure side, that traveling to the races and seeing the guys and the team, the people, and the friends. Do I need to go out on the gate again? No. Do I need to go up in the mountains of Colorado and ride the fire roads or go to the track and ride my dirt bike? Yeah. I need to do those things and be around the sport. I think I thought I could walk away. Especially after the GEICO thing, I thought, “You know what? I’m completely done with this. I don’t need this anymore or need to be around it.” And I was wrong. That’s where I went wrong. For me, I just always want to be a part of it in some way or somehow. My foundation helps me do that as well and we do a lot of good through that. So, that’s been very good. I’m very much involved with the community and the industry. Beyond that, kind of reestablishing that relationship with KTM in a good way and helping them out. So, I’ll be going to some races. Is it going to be full-time? No. Do I want to sit behind a desk and work on business all day? No. I need to get out, workout, and ride my dirt bike, but it doesn’t have to be lining up on the gate again.