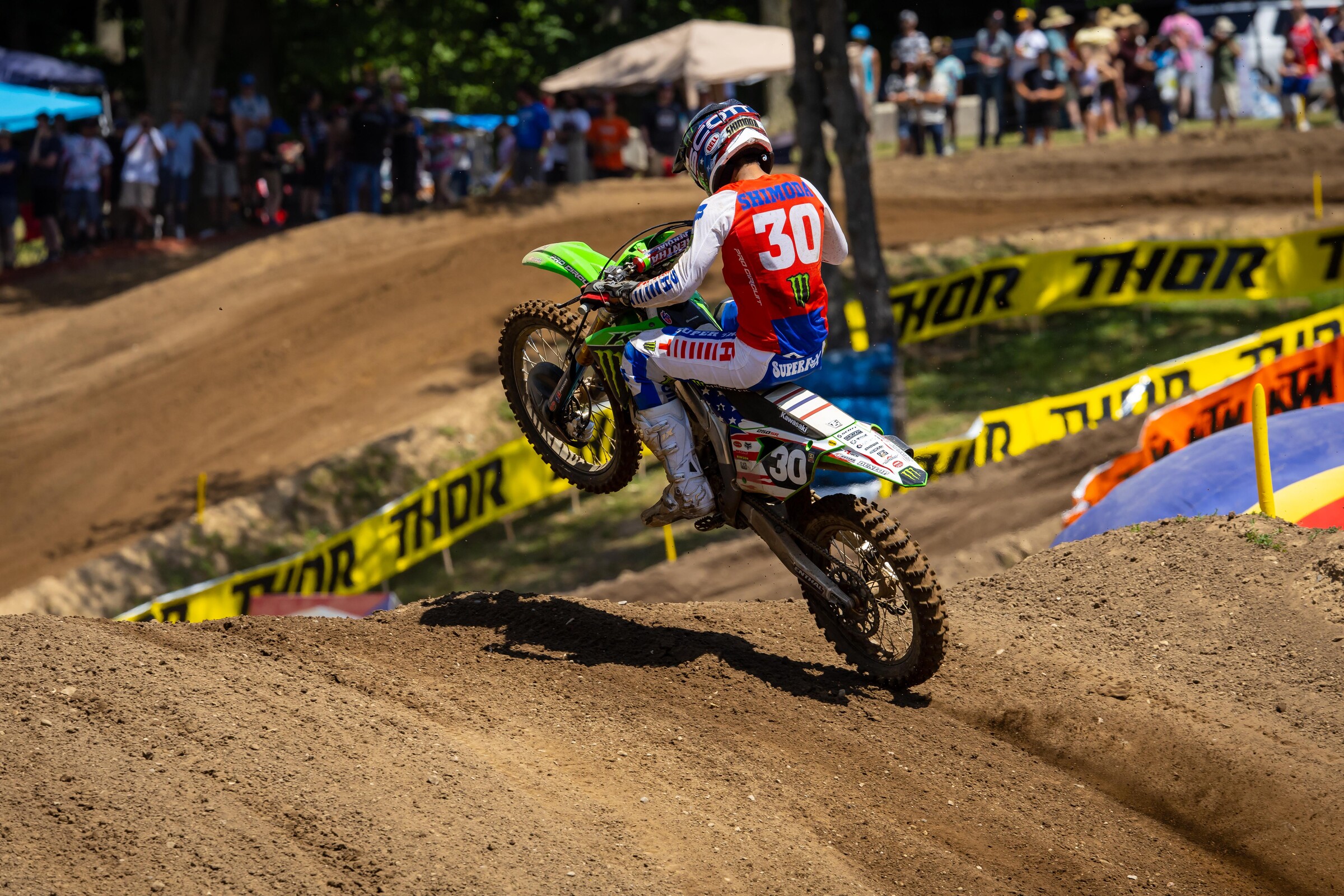 Two of the riders, Chase Sexton and Eli Tomac, could not have been more obvious picks for this year’s Monster Energy FIM Motocross of Nations USA roster. The third spot on Team USA, however, was subject to some debate, with Christian Craig and Justin Cooper being the final two candidates vying for the spot. Well, by now we know Cooper got the spot, and now it’s up to him to validate the decision, and there will be plenty of loudmouths who speak up if he doesn’t. That said, regardless of where he finishes, you can be sure it was his best effort. -Aaron Hansel

America hates losing, that’s no secret, but a loss is much easier to take when everyone involved has performed to their potential. When they don’t, it’s tough to stomach, and over the past decade it can be argued that there have been a few performances in which our guys didn’t look like themselves, especially the last time the MXoN was held at RedBud in 2018. Fortunately this year it’s hard to think of Tomac, Sexton, or Cooper not showing up cocked and ready, and if they do bring it, Team America has a fighting chance to get their hands back on the Chamberlain Trophy for the first time since 2011. -Hansel

Just a few short weeks after the conclusion of Tomac and Sexton’s arduous championship battle, the two will now join forces to see if they can put the same kind of hurt on the field at RedBud they did to the AMA ranks all summer. It’s reminiscent of ’96, when Jeremy McGrath and Jeff Emig slugged it out for the title, with Emig just edging McGrath in the final moto of the season. When they teamed up for that year’s MXoN in Spain, along with Steve Lamson, all three riders won their classes in one of the best American performances in history. And just like in 1996 with McGrath and Emig, Tomac and Sexton are by far the best representation of American talent right now. How will the rivals-turned-teammates stack up when they go up against the world’s best this weekend? -Hansel

Up Top, Via Down Under

The last time Australia won the MXoN was, well, never. The best they’ve ever done at the historic event was third overall in 2011, thanks to the efforts of Chad Reed, Brett Metcalfe, and Matt Moss. But they’ve got a very real shot of improving that result this weekend when Jett Lawrence, Hunter Lawrence, and Mitch Evans roll out to represent their country at RedBud. You already know how lethal the Lawrence brothers can be (one of them is a two-time Lucas Oil AMA Pro Motocross 250 National Champion, after all), and Evans is pretty handy with the throttle too. He races MXGP and is on the heels of a pretty good season in which he collected several top tens. If things fall their way, Team Australia could do some serious damage. -Hansel

If you want to name the team that’s been the most dominant at the MXoN in recent years the answer is clear—Team France. Although they haven’t won at the last two events, they did record an extremely impressive streak of five consecutive MXoN wins before that. This year’s roster, while absolutely capable of regaining the throne, does however have some question marks surrounding it. The 2021 450 Pro Motocross Champion Dylan Ferrandis missed almost the entire summer with a thumb injury, and when he returned to racing he left almost immediately again due to a back injury. Then there’s Marvin Musquin, who we know is extremely fast, but sat the summer out. He raced the 250 Class at Fox Raceway 2 to get a taste of what it might be like at RedBud and was fast early but faded as the motos wore on. If these two can stay strong the whole moto they’ll form a sharp component to complement Maxime Renaux, who won a race and collected several podiums this year in his debut season in the MXGP class. -Hansel

Starting Off On the Right Foot

On Friday afternoon, the official ballot to determine gate picks will take place. This might not seem like a big deal but being how qualifying is an actual race compared to just a practice with lap times, teams desperately want any advantage they can get. A good gate pick followed by a good ride in the qualifying moto does not mean anything—unfortunately for USA fans we saw the good luck of Justin Cooper’s qualifying race win in 2019 turn out to be nothing in the grand scheme of things when Sunday’s racing came—but it could get the ball rolling in the right direction. Even if teams have decent gate selections and can manage a strong ride, they want to set themselves up for a shot at the Chamberlin Trophy come Sunday. You can watch the gate pick ballot live exclusively on MXGP-TV.com, starting at 12 p.m. Eastern. -Mitch Kendra

Who Is Racing For What Team?

While several teams have a good shot at the overall win, some countries will be led mostly by their strongest rider. Jo Shimoda aboard a Kawasaki for Japan comes to mind as someone whose strong effort could boost the entire team. Enzo Lopes, aboard a Muc-Off/FXR/ClubMX Yamaha YZ250F could put in a strong ride that helps team Brazil. These two riders are based in the U.S. and have competed at RedBud previously—Shimoda even winning his maiden Pro Motocross moto and overall at this track in July. Simon Laengenfelder (Germany) had a breakout year in MX2 and could contest Shimoda for the MX2 class overall win this weekend. The Netherlands’ Kay De Wolf could be a strong finisher in the MX2 class as well, although his team has a good shot at the overall podium and/or win. Keep an eye out for these riders this weekend. -Kendra

At the 2018 MXoN event at RedBud MX, Racer X hosted hours of live show coverage previewing the entire weekend as a whole, interviewing riders, and more. This year, Racer X will once again be bringing you hours of live coverage between Friday and Saturday nights. Stay tuned for a link to watch these shows for free, live on the Racer X YouTube account. -Kendra