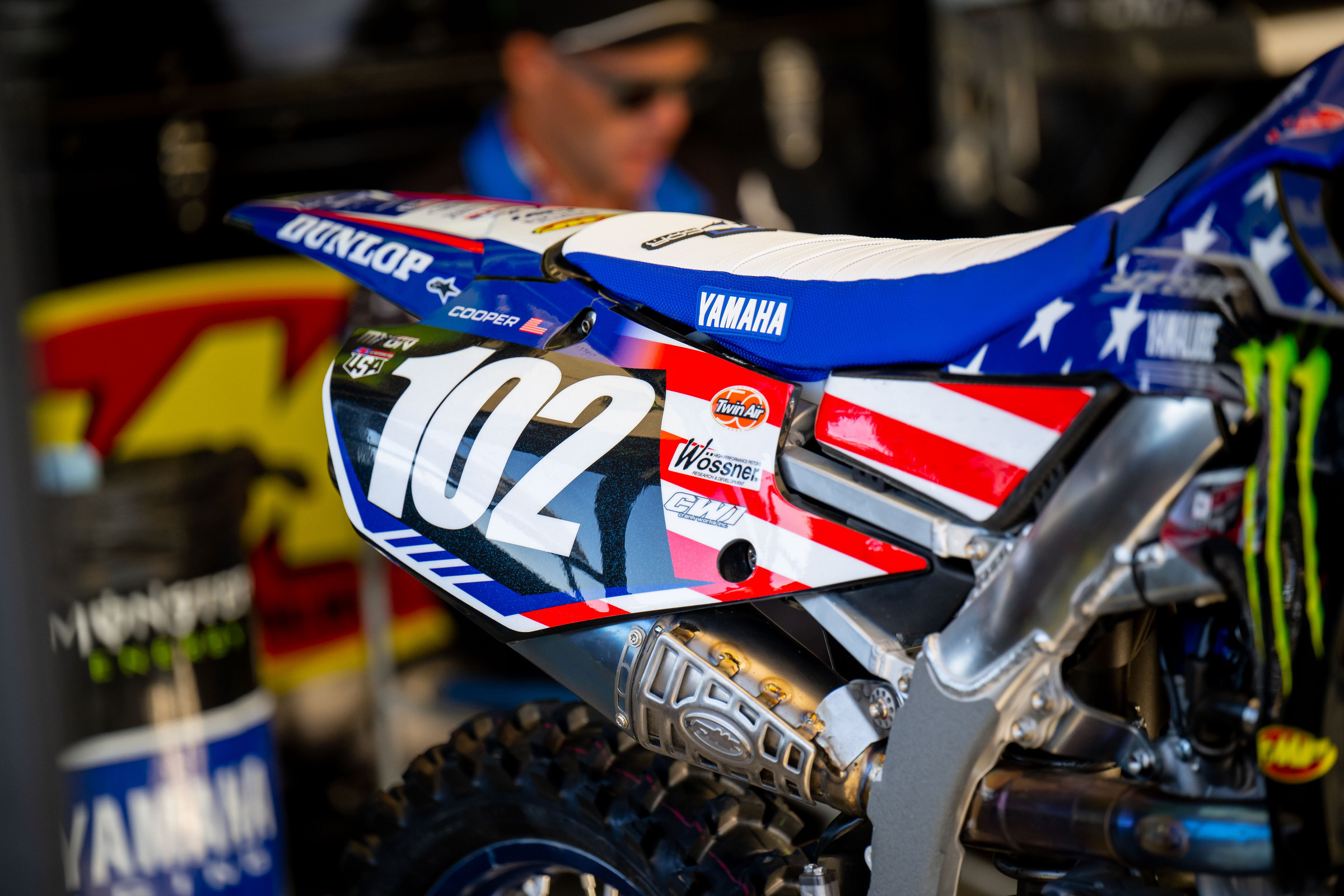 The 2022 Monster Energy FIM Motocross of Nations is quickly approaching. With the conclusion of the wildly entertaining Lucas Oil AMA Pro Motocross Championship and Monster Energy FIM World Motocross Championship, eyes are now turned towards the much-anticipated MXoN event set for September 24 and 25 at RedBud MX in Buchanan, Michigan. We have posted several of the confirmed rosters for the event, but Infront Moto Racing, promoters of the FIM Motocross World Championship, has now confirmed the entire list of teams and rider rosters.

As we have covered previously, defending Team Italy will run the #1 plate with Antonio Cairoli (MXGP) joined by GasGas riders #2 Andrea Adamo (MX2) and #3 Mattia Guadagnini (Open). Team USA will have Eli Tomac (MXGP), Justin Cooper (MX2), and Chase Sexton (Open) run #101, #102, and #103, respectively. The U.S. is hosting the event for the first time since the 2018 event—which was also at RedBud MX. Team USA has the most wins in history with 22 total, although the U.S. has not come home with the Chamberlin Trophy since 2011. Note: the 2020 event was cancelled due to COVID-19.

A few other teams/riders to note:

-Other AMA SX and MX riders scheduled to compete include:

- Bad news for Ferrandis fans: Although Team France is yet to name a replacement, we are hearing that the back injury Dylan Ferrandis suffered at Budds Creek might take him out of competition.

-Jorgen Talviku, who raced serval Pro Motocross rounds this summer, will be competing on a Husqvarna for team Estonia.

-Two-time MX2 World Champion (2020 and now 2022) Tom Vialle is not selected to represent France. He has elected to skip the event to focus on his move to America for 2023. P2 in the MX2 class, Jago Geerts, will be racing for Team Belgium.

Below is the full press release from Infront Moto Racing, as well as the 34 official rosters.

MONACO (Principality of Monaco) – Infront Moto Racing is delighted to share the 2022 Monster Energy FIM Motocross of Nations entry list of the teams that will go head-to-head on September 24th and 25th for the Chamberlain Trophy!

This year the iconic event will return to America’s legendary track of RedBud in Michigan, the host of the 2018 edition of the Monster Energy FIM MXoN that saw Team France win their fifth title on the bounce.

Among the 34 different teams, some of the favourites to win this year include the likes of Team USA with their riders Eli Tomac, Justin Cooper and Chase Sexton who will look at breaking their 11-year dry spell and get back on top while Team Italy’s Antonio Cairoli, Andrea Adamo and Mattia Guadagnini will be hoping to make it two wins on the bounce!

Take a look at the full provisional entry list below: