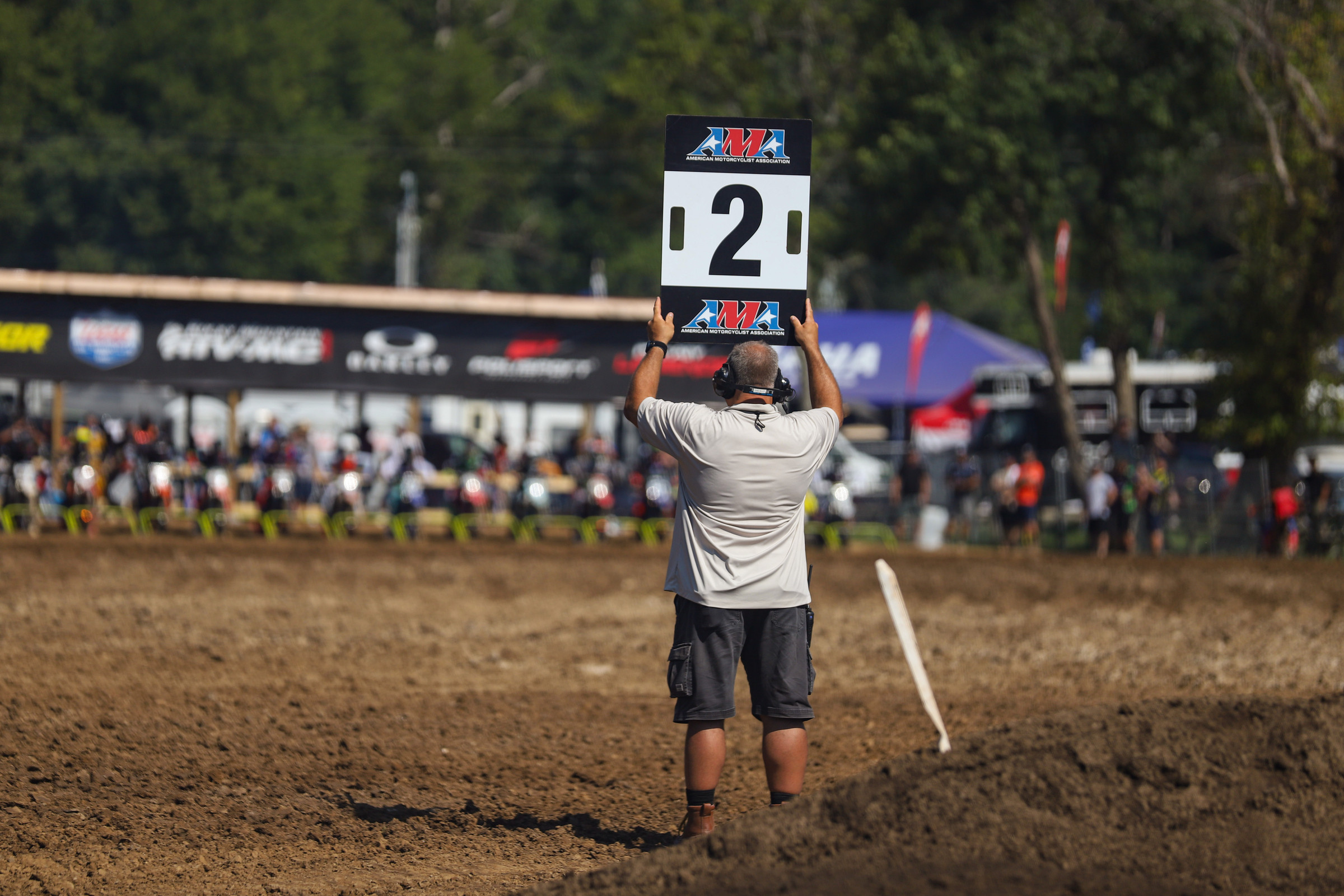 Insight Wednesday at the Ranch

With the 2022 Monster Energy AMA Amateur National Motocross Championship at Loretta Lynn's underway, we’re going to provide you a written recap highlight the best action from each day’s motos. Here’s what we learned on Wednesday's second day of racing at the Ranch.

Noah Stevens is For Real

In the first Schoolboy 1 (12-17) B/C moto, Noah Stevens (KTM) put in a strong ride, grabbing the holeshot and checking out. Logan Best (Yamaha), who topped the first 125 Jr. (12-17) B/C class moto on Tuesday, kept Stevens honest. However, Best was not able to get close enough for a pass as Stevens held on for the race win. Stevens has had a breakout year, riding well at his regional at High Point Raceway before claiming his first moto win of his time at the Ranch. Luke Fauser (KTM) tipped over and dropped from inside the top five to outside of the top ten, and eventually finished 13th. Best claimed second and Casey Cochran (Husqvarna) finished third ahead of Klark Robbins (KTM) and Thor Powell (Yamaha).

Gavin Towers (Yamaha) got the jump on the field in the first 250 Pro Sport moto of the week and took off with the holeshot. But Caden Braswell (GasGas) made his way into the lead for a few laps. Towers eventually got into the lead again as behind him, Chance Hymas (Honda) and Ryder DiFrancesco (Kawasaki) made their way around Braswell. Eventually, Braswell made his way back into third by the finish. Towers had gotten a comfortable lead, but DiFrancesco kept charging. Eventually, the two were in the same turn together. In the last turn, DiFrancesco tried to make a pass, but Towers swung wide, taking the fast line and sealing the win as he blasted to the checkered flag. The #15 Yamaha rider held off DiFrancesco by just 0.517 seconds! He said afterwards that it was his first moto win at the Ranch. The Pennsylvania native first came to the Ranch in 2010 in the 51 (4-6) Stock Multi Spd and has raced here ten years before this year. Today, in one of the top classes, Towers finally claimed a moto win. Hymas came through fourth as Jayden Clough (Yamaha) rounded out the top five.

After ten previous trips to @LorettaLynnMX, Gavin Towers finally claimed a moto win—in the 250 Pro Sport Class!
"It's about time!" he said while celebrating. 📹 #RoadToLorettas#LLMX#Motocross#AmateurMotocrosspic.twitter.com/PAc3ZqdMEy

In the race following the great racing in the Open Pro Sport class, the following moto—the Schoolboy 2 (12-17) B/C first moto—lined up with a field of heavy hitters. Haiden Deegan (Yamaha) was looking to rebound after another rider’s footpegs ripped out more than a handful of spokes from his rear wheel on Tuesday, ruining his title chances with a 38th officially. Deegan did just that, as he holeshot, and then battled Preston Boespflug (Kawasaki), Daxton Bennick (KTM), and Julien Beaumer (Yamaha) as the race took form. Deegan eventually cruised to the race win ahead of Bennick and Mark Fineis (KTM), the latter who put on a phenomenal charge at the later stages of the race. Boespflug and Beaumer finished fourth and fifth, respectively. Evan Ferry (Yamaha) finished ninth.

After all of the first motos finished, the Vet (30+) class was back on the gates for the second time. Once again, it was Brandon Hass (Yamaha) taking the moto win. Broc Peterson (Honda) finished second and Alex Woskob (Kawasaki), who was buried off the start and was outside the top 15, fought to a third-place finish. Hass will enter the final moto (Friday at 9:30 a.m. local) with 1-1 scores over Peterson’s 3-2 and Woskob’s 2-3.

Ryder DiFrancesco (Kawasaki) struck first in the Open Pro Sport first moto on Tuesday, but the second moto on Wednesday proved the #23 will not have an easy task on hand for the next two motos. Just as he did in the first moto, Heat Harrison (Honda) snagged the holeshot and led the field ahead of Cole Martinez (Honda). Towers, who had that great ride earlier in the day in the 250 Pro Sport class, had an issue off the gate, refired his bike, and took off dead, dead last at the field was already heading into the ten commandments. Chance Hymas (Honda) quicky made his way into second and then Hymas took over the lead when Harrison went wide exiting storyland as Martinez and DiFrancesco ran third and fourth, but both got around Harrison on the second lap. With the moto starting early in the evening, the sun started to create shadows on the deep ruts.

Caden Braswell (GasGas) ran fifth ahead of Gage Linville (Yamaha), Talon Hawkins (Husqvarna), Jayden Clough (Yamaha), Patrick Murphy (Yamaha), and Cole Bradford (GasGas) rounded out the top ten. DiFrancesco got up to second but then Braswell quickly jumped his way into second place! Hymas was smooth out front and it appeared it was his race as he started to open up a slight gap on the DiFrancesco vs Braswell battle. But then after a few laps, Braswell caught Hymas! The top three tightened up and then Braswell made a pass into the lead exiting the long sand turn before the finish line. Then, Braswell got wild coming through the finish line and accidently jumped off the track! Instead of gassing it, he let up, allowing DiFrancesco to take the top spot before joining right behind the #23.

DiFrancesco got clean air and then endoed on the inside most part of the track two turns from the ten commandments! The bike slammed the #23 on the back and the mistake handed the lead back to Braswell! Behind them, Clough got by DiFrancesco, then caught up to the rear wheel of Hymas before easily taking over third place. On the last lap, Clough jumped up to second place in a impressive ride. Towers charged from dead last to finish eighth.

Keefer Inc. Testing/Racer X’s Kris Keefer grabbed his second holeshot in the second Senior (40+) moto, but Mike Brown (KTM) quickly made his way into the lead. Brown eventually cruised to a moto win (his second win of the two motos) with Keefer claiming second again. Hans Neel (KTM) finished third in the first moto on Tuesday, but Shane Kelleher (Honda) claimed third in the second moto.

Check out some highlights from the second day of racing below: