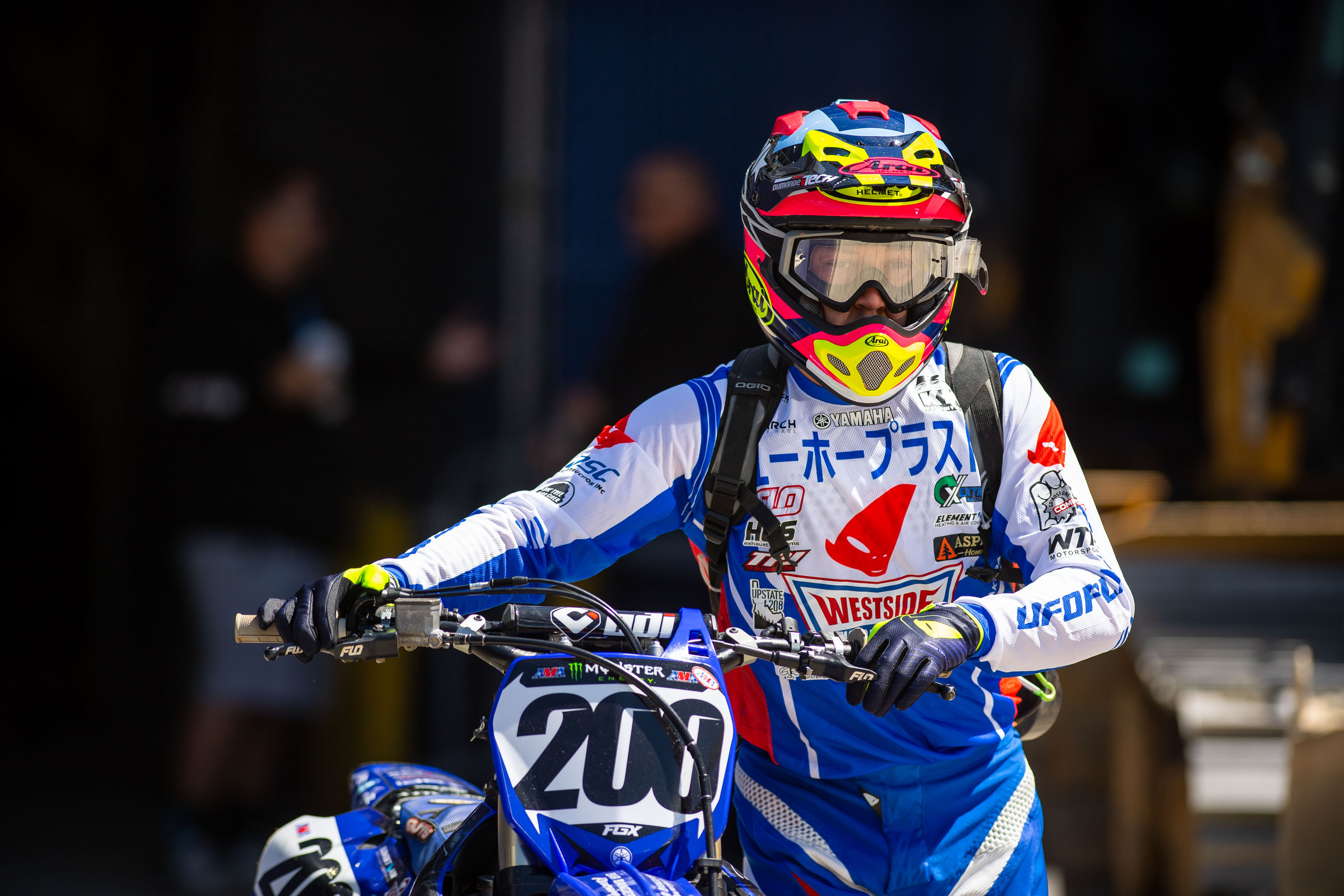 Update May 2: So the Steve Matthes/PulpMX Yamaha LCQ Challenge for privateers has been postponed until this Friday, May 6. The race was supposed to take place Friday afternoon in Denver but 50 mph winds led to the cancellation of all Friday practice and the race in the Mile High City.

So now the race will take place Friday afternoon in Salt Lake City. Time TBA once Feld puts a schedule together.

This is a race paying out a HUGE purse to privateers. The money is raised via a raffle to win a new Yamaha and all of the proceeds create a purse for the race.

There's still time to enter the raffle and bring the privater funds up even higher. There's a chance the purse reaches 100k by Friday!

This week instead of profiling one rider for Privateer Profile we decided to give you the lowdown on the Yamaha LCQ Challenge Race, Presented by Blowfish for Hangovers. Being a privateer in this sport can be grueling. Riders must find the time to train off the bike, and on the bike, just like the factory riders do. However, many of them also must be their own agent, social media manager, travel agent, race transporter, and sometimes, their own mechanic, all on a limited budget. Traveling across the country multiple times during a season does not come cheap.

For the past three years Steve Matthes of PulpMX has raised money via a raffle (with the top prize being a brand-new Yamaha YZ450F) and distributed all the proceeds to the privateers. This year Feld Entertainment agreed to let the privateers compete for the prize money in their own race this Friday, April 29, the day before the Denver Supercross. Here is everything you need to know about the Yamaha LCQ Challenge.

Since Denver Supercross is a day race, track walk and free practice are scheduled for the day before the race on Friday. Since riders and track crew will already be on site, this provided the perfect opportunity to hold the race, which will be a six-minute plus one lap affair, on Friday at 4:30 p.m. local time.

Riders “qualify” for the race, by essentially not qualifying for Monster Energy AMA Supercross main events. Here’s how the points break down. In every 450SX LCQ the top four riders advance to the main event. The rider who took fifth, in a different time and place, would have been considered the first loser, in terms of qualifying or not qualifying. But as far as the Yamaha LCQ Challenge is concerned, Mr. Fifth Place gets full points. So, fifth place is like a win with 26 points, sixth place gets 23 points, seventh place gets 21 and so on. The points are kept track of for every LCQ of the year leading up to the race and the top 17 riders are awarded a spot on the gate, along with five wild cards that Steve Matthes picks himself. So, when Ricky Carmichael questions why riders are taking each other out for fifth and sixth place in the LCQ, it’s because to these privateers, these positions do matter. So, in no specific order, here’s the unofficial list of riders who will be lining up this Friday.

Note that because it’s Steve Matthes’ race, and therefore his rules, there have been a few adjustments made. Weltin and Wageman both got Wild Card invites even though they are on 250’s. Joan Cros and Gared Steinke both scored enough points to qualify, but Cros is out with an injury, and Steinke has been banned from entering. This moved Cozadd and Taylor into qualifying position. Even though Chisholm and Breece both qualified for the race, they are reported to be starting in the second row, as they have both made (and placed quite well in) plenty of main events this year.

If you thought watching a 450SX LCQ was exciting, this race should be all time. Though there will be no live feed of the race, check back here on Racer X Friday for coverage and results, and tune in to the PulpMX Show on Monday night for a full recap (you can watch the live stream of the PulpMX Show on YouTube or on our Racer X Facebook page).

But here is the best part. It’s not just the privateers who benefit from this race. As mentioned earlier, Yamaha gave a YZ450F to be raffled off, as well as plenty of other prizes which you can check out, and purchase tickets for on PulpMX.com. You have until Monday, May 2, to purchase tickets. Last year almost $74K was raised—let’s see if we can top that this year and help these privateers make it to their next race.