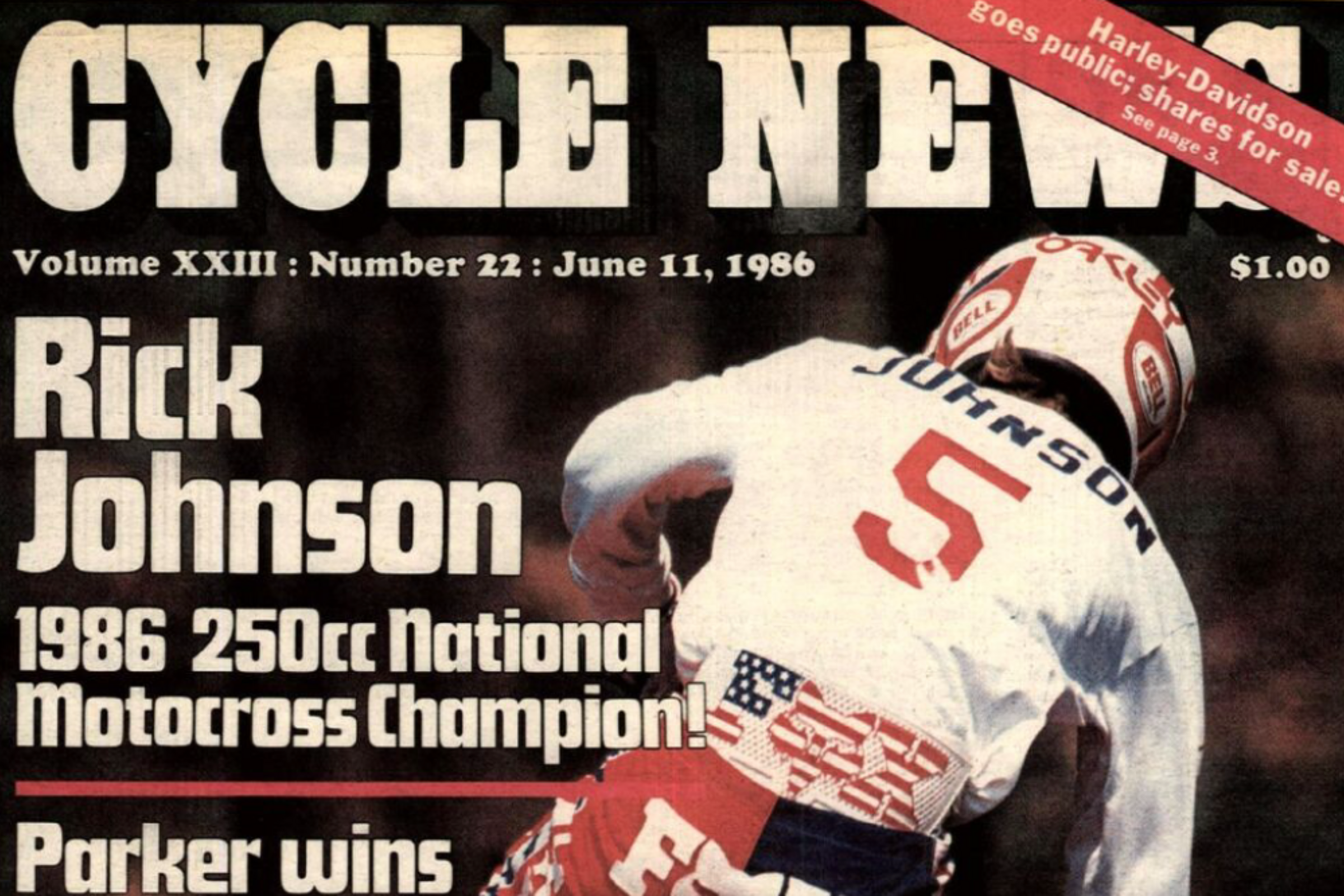 After a busy weekend of racing we are still catching up in our MAVTV+ 50-Day Countdown to the start of the 2022 Lucas Oil AMA Pro Motocross Championship, which begins on May 28 at Fox Raceway in Pala, California. The series is celebrating its 50-year history this summer, so we’ve been counting down each year, one at a time. And right now, we’re at 1986.

A lot happened in 1985 that affected things moving forward. First was the end of works bikes, as the AMA’s Production Rule came into being at the start of the ’86 season, in the hopes that it would bring costs down and also even out the racing. Unfortunately, it did not—at least not right away. Honda had gotten so far ahead of the other brands with their works equipment that their 1986 production models that they had to race were very good, which meant they would still have an advantage. And with a racing budget that allowed them to have superstars like David Bailey, Johnny O’Mara, and new addition Rick Johnson, they had talent to burn.

Unfortunately, they no longer had Ron Lechien, as the Dogger got into trouble by attempting to take some marijuana over to Japan with him, which led to his arrest at the airport in Tokyo. That led to his immediate firing by Honda, but he was fortunate that Kawasaki was there to quickly scoop the supremely talented 1985 AMA 125cc National Champion up. Though it should be mentioned that Lechien would not win another championship in his career.

The season started with arguably the greatest AMA Supercross ever held, the Anaheim ’86 opener, when new teammates Johnson and Bailey went at it for most of the main event. Bailey emerged victorious, but Johnson would have the last laugh when his claimed the ’86 AMA Supercross Championship over his Honda stablemates Bailey and O’Mara.

Johnson also carried his winning ways over to the 250 Pro Motocross Championships, where he would once again outpace Bailey and O’Mara, which made AMA Supercross and 250 Pro Motocross have the same overall standings: 1.) Rick Johnson; 2.) David Bailey; 3.) Johnny O’Mara.

Some footage from the ’86 High Point National:

Bailey finally got the better of Johnson in the 500 class, taking the title by six points. And Kawasaki’s Jeff Ward finally broke the Team Honda stranglehold on the podium by better O’Mara for third in the final results.

In the 125 class Honda may not have had Lechien, but they did have a title to defend, and they hired California journeyman Micky Dymond away from Husqvarna as a longshot. Turned out to be a smart move as Dymond emerged from a crowded field that included Suzuki’s Erik Kehoe and George Holland, Kawasaki’s Eddie Warren and Yamaha’s Keith Bowen to keep the championship trophy with the Big Red Machine.

And at the end of the year, in a show of force that would go down in Motocross des Nations history as the most dominant win ever, the Team USA trio of Johnson, Bailey, and O’Mara would finish first and second in all three motos, O’Mara topping the rest of the world’s 250 and Open class riders on a 125. It was the peak of American dominance during what would turn out to be a 13-year winning streak at the Olympics of Motocross.