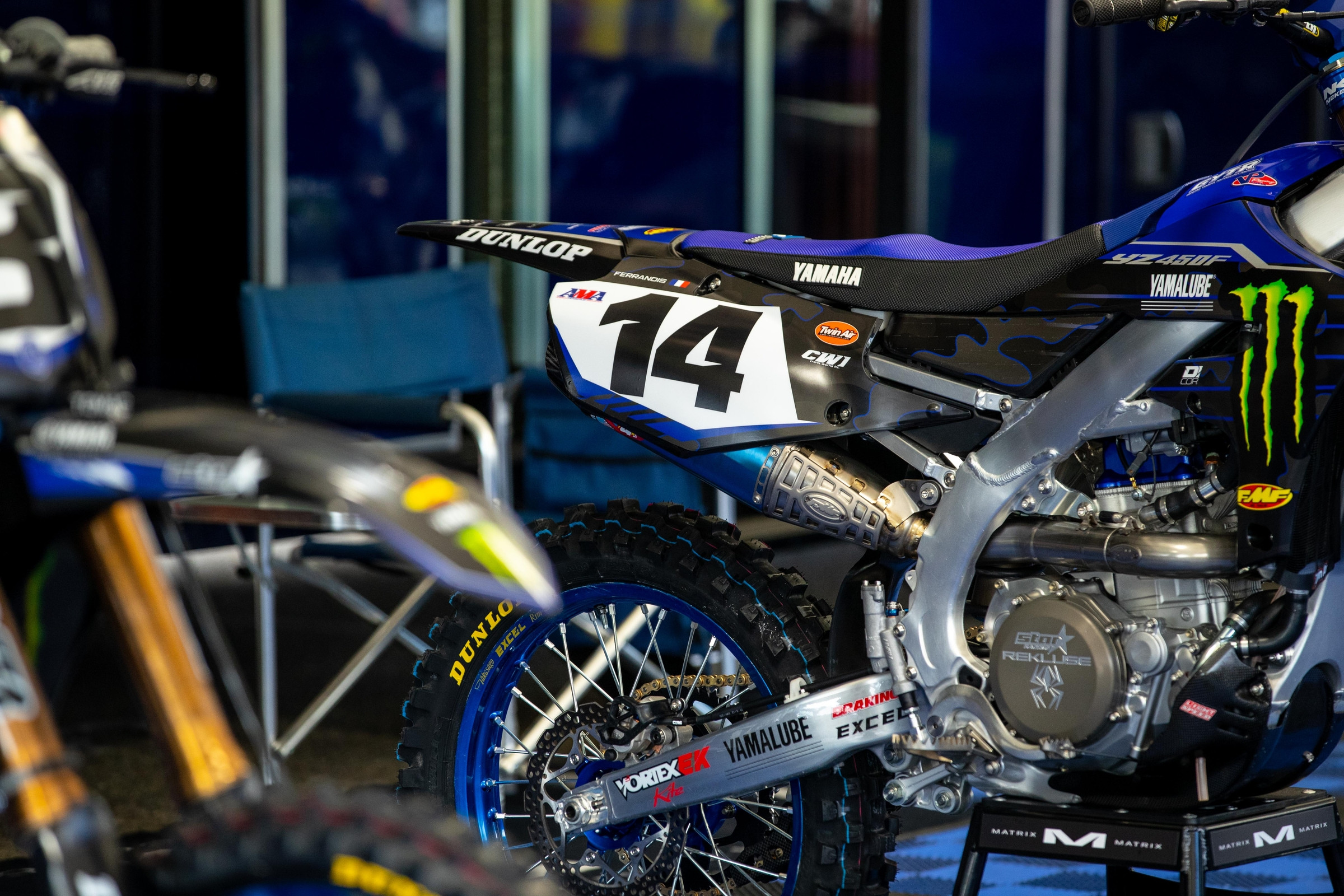 This week Monster Energy AMA Supercross heads to Seattle. Check out our Injury Report for a look at who’s in and who’s out.

Comment: Anstie is back riding after breaking two ribs and collapsing a lung in Minneapolis. He’s healing up well, but still needs a couple more weeks. He’s out for the Seattle.

Comment: Crashed during qualifying in Indianapolis and hit his head. He’s in concussion protocol, and said early Thursday he is out for the 12th round.

Comment: Bloss hurt his collarbone and ankle before the season. He plans on returning to racing in St. Louis.

Comment: Cianciarulo will miss all of supercross due to a knee injury.

Adam Enticknap – Back | Out

Comment: Enticknap will return to action in St. Louis after missing several races with a fractured C7 vertebrae.

Comment: Ferrandis missed Indianapolis after coming up short on a jump in Detroit and hurting his wrist. There aren’t any fractures, but it’s extremely sore. He’ll also miss Seattle.

Comment: Hill is out due to fractures to his hip and pelvis sustained during qualifying at A3.

Comment: There is no timetable on Martin’s return after he suffered broken T6 and T7 vertebrae in Minneapolis.

Comment: McElrath went down during qualifying in Indianapolis and hit his head. He tried to ride Thursday and concluded he wasn’t where he needed to be yet. He’s out for the weekend.

Comment: Plessinger is currently sidelined after breaking his arm while practicing roughly one month ago.

Comment: Robin has been riding with torn ligaments in his shoulder and hasn’t been able to perform at the level he expects from himself. He’s decided to take some time off to heal and is out for Seattle.

Comment: Ongoing health issues prompted Ken Roczen to put a hold on his season. He’s out for Seattle and is currently working on getting back to 100 percent before he races a dirt bike again.

Comment: A torn ACL will not permit Savatgy to return to supercross in 2022.

Comment: Falk is out for the season due to a bulging disc that’s pressing against his sciatic nerve.

Seth Hammaker – Back, Spleen | Out

Comment: Hammaker has another week of recovery before he gets back on the bike. When he does, he and the team will assess whether or not he’ll return for any of the final supercross rounds in 2022.

Comment: Masterpool told us he was feeling good riding supercross and was hoping to return to late this season after hurting his wrist, but the decision was made for him to wait and come out strong for the beginning of the Lucas Oil AMA Pro Motocross Championship.

Comment: Mumford crashed in Glendale and sustained a small tear in his labrum in his left shoulder. He posted on Instagram “Ready to get back racing this weekend @supercrosslive 💪🏻” and is in for the seventh round.

Comment: Schwartz just got back on the bike a week ago after breaking the top of his humerus. He’s out for Seattle.

Comment: Shimoda is ready to go after he sustained a foot injury at A3.

Comment: Taylor crashed during practice at A3 and broke his arm. He got the pins out last week and is planning on being ready for Denver.

Comment: Thompson is out for supercross with a torn left labrum.

Bummed to say I won’t be lining up at Seattle for @supercrosslive this weekend. While preparing out here in California I’ve ended up getting super sick this week so we’ll get back to being 100% and look forward to the next race.

Comment: Wageman suffered a broken wrist in Arlington and is out for the immediate future.

The 250SX East Region will resume in Atlanta, Georgia, on April 16.

Comment: Albright broke his wrist in Indianapolis but hopes to return before the season ends.

Comment: Alves hopes to return to action in St. Louis after sustaining a concussion in Arlington.

Comment: Cooper will miss supercross with a broken foot. He recently had the pins removed and his hopeful to be able to race Pro Motocross .

Comment: Depending on his recovery, there’s a chance Forkner might return for the last few 250SX East races.

Comment: Geistler is out with a broken tibia and fibula.

Comment: Kessler broke his wrist in Arlington and is likely out for the supercross season.

Comment: Kilroy is out for the supercross season due to a fractured pelvis and femur sustained in Indianapolis. He said on Instagram he hopes to "get healthy and come back stronger for outdoors."

Comment: Kitchen crashed in Arlington and fractured his tibia and broke his kneecap. It’s unknown when he’ll return.

Comment: Martin is out for the supercross season due to problems with his left labrum.

Comment: Papi is out for supercross with a broken collarbone sustained in Indianapolis.

Comment: Peters hopes to return to racing in St. Louis after breaking his hand and ribs.

Comment: Reynolds should be back for Pro Motocross after breaking his wrist in Minneapolis.

Comment: Robertson hurt his wrist while practicing before Indianapolis. The team homes to know more about when he might return by next week.

Comment: Sayles is out with a punctured lung and eight broken ribs.

Comment: Schock is out for the supercross season after sustaining a punctured lung, bruised shoulder, and torn ACL and MCL in Arlington.

Comment: After cracking his collarbone in Minneapolis, Vohland was expecting to return in Indiana but was not ready to race yet.