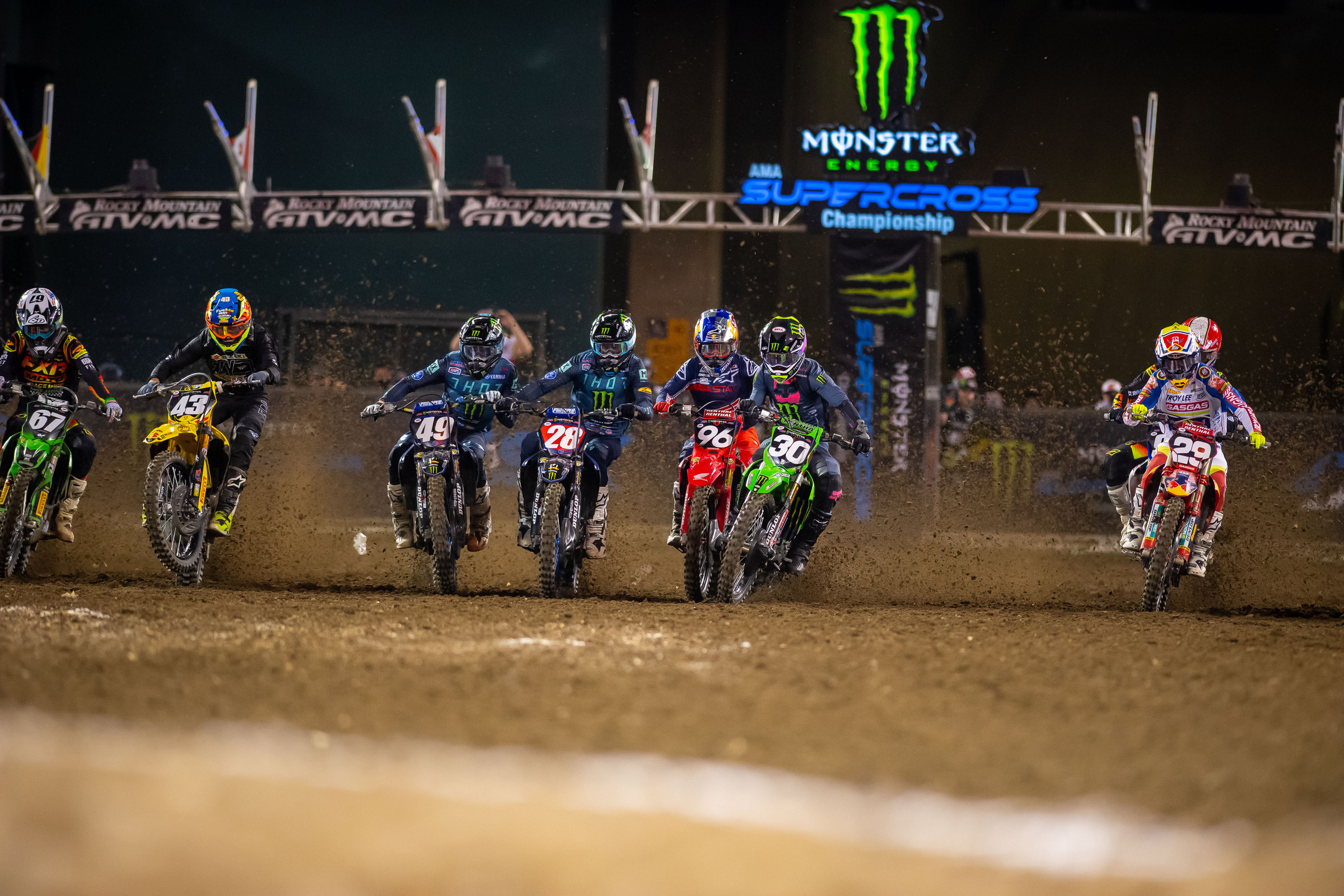 After the natural break in the 2022 Monster Energy AMA Supercross Championship, the 250SX West Region Championship will resume this weekend at the Seattle Supercross in Washington. Four rounds remain in this series. Since it has been five weeks since we saw the 250SX West Region, we will provide a quick refresher on the championship entering the seventh round, as well as some stats to see which riders are leading specific categories.

Craig won the opening two rounds before he was caught in a first-turn pileup at the third round San Diego Supercross, where he came through the field to finish third. He won two of the following three races (both wins came at Angel Stadium) and enters the seventh round with a solid points lead that matches his 2022 race number. Although he more than likely wants to keep clicking off race wins until this championship is officially over, with over a full main event points buffer over second place, Craig has some wiggle room in case things so sideways. The 30-year-old has put together arguably his best season to date as he eyes his first professional title with only three rounds remaining following the Seattle Supercross.

Mosiman picked up his maiden win as a professional at the San Diego Supercross when he held off Hunter Lawrence for the race win. Mosiman’s Glendale Supercross was hindered by a few crashes and mistakes (ninth overall after 10-2-15 finishes) but he rebounded with a third at the Anaheim 3 Supercross to end the first West Coast swing on a high note. He is riding better than ever (more speed and better fitness) and looks to get more podiums and possible win(s) before the season is over. The trouble has been a few crashes that prevented him from being closer in points.

The older Lawrence brother claimed the Glendale Supercross overall win and sat second to Craig in points. After the first five rounds, only he and Craig could boast of a podium finish at each round. However, a crash and DNF (18th officially) at the Anaheim 3 Supercross allowed Mosiman to jump Lawrence in the standings. Lawrence went from pressuring Craig in the series to over a full race behind in points. And no, he will not be racing 450SX, he is trolling you all on social media.

Friese clicked off several holeshots and has led laps in his return to the 250SX class for the first time in several years. He also picked up his second career podium finish with a second place at the Anaheim 2 Supercross—over seven years after earning his maiden podium finish in 2014. He returned to the 450SX Class for the middle East Coast rounds but will be back on the small-bore bike in Washington.

Because he is pushing his limits more so than ever, Shimoda has had more mistakes this year than in years prior. Unfortunately, at the final round before the 250SX West Region went on break, Shimoda crashed in his heat race while trying to get Garrett Marchbanks for the race lead and it cost him. The crash caused Shimoda to miss the main event that night and left him with a lower right leg injury. However, Shimoda started riding again in early March and posted on Tuesday:

The Japanese native came out swinging after the break in schedule in 2021 when he earned his maiden professional win at the Salt Lake City 1 Supercross. Watch for Shimoda to bring fight for more podium finishes starting in Washington.

Here is a quick look at the 250SX West Region season stats to date.

And below are the top 15 in 250SX West Region standings: