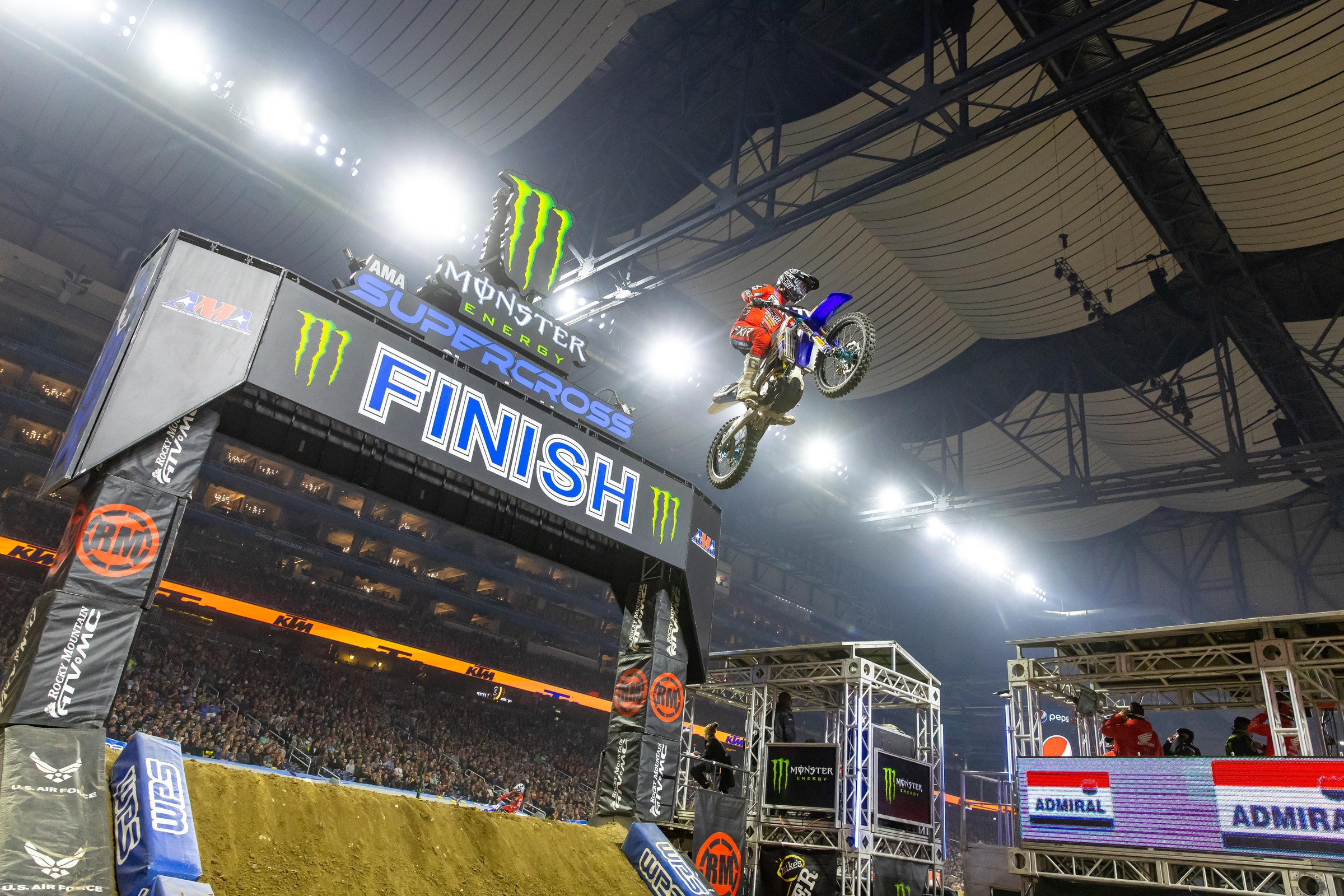 Our man Phil is on the gas! Phil Nicoletti—and the 250SX East Region Championship—will have a break as the 250SX West Region resumes this weekend in Seattle, Washington. Luckily, in his downtime, “Filthy” Phil is back answering your questions!

Hi Phil,
I know this past weekend’s race was tough one for you after missing the main event. Since you are older and a veteran of the sport are you able to handle the bad days better and just put it behind you? If not, what does A-Mart say to you so he doesn’t have to come bail you out?
Regards,
Nick D

Nick D,
FFFFFFFFFFFFF**********KKKKK NO, I can’t handle that shit. You think anyone can handle that shit okay? It was a damn nightmare. Especially when I was building through the weeks, getting a little better and better going 10-9-8-7-DN F’ing Q!!!! The worst part about it is seeing the guys just ride around in the main. That’s the part that hurt me the worst. But that is what it is. It was just a shit day all together. Veteran or rookie, the shit stings. But it’s done and dusted. Only one to blame is myself and I accept full responsibility. I wish I could blame someone else, but I can’t. Well, I’ll put a little blame on some of the kamikazes that just send into the first corner for no reason. Put me up on the chalk board for not making a main with Garrett Marchbanks and Alex “Troll” Martin. It happens to the best of us. Just sucks there is no race for us this weekend to redeem my self. I have to let it sit and stew for a few weeks. FML. Not taking it well.

Phil,
How important is getting the proper amount of sleep while training and racing at a high level?  Are you a person that believes in getting a certain amount of sleep during your training periods and life in general? Are you a napper? And going into race day, how difficult is it to get a good night of sleep with the anxiety of the big event? I have run many marathons, and as meaningless as my performance is to the big picture, I rarely sleep well the night before a marathon. The anxiety of me performing for a personal goal pales in comparison to the anxiety of performing for your livelihood. I can’t imagine what it’s like to try to sleep the night before a professional event.
Jimmy G

Jimmy G,
That’s a solid question. I need my beauty sleep. I always have, always will. I need a solid 9 hours of sleep at least. It is hard for me to sleep some Friday nights though. Between switching hotels, different beds, A/C units, being to hot or cold, noises, etc. There are a few variables that take place. Some guys are okay with a shitty night sleep, and perform quite well. I’ve had some awesome outdoor performances with a terrible night’s sleep. I know some badass pros who have had wild Friday nights and have won outdoor and SX races. Some dudes are mentally strong to where it doesn’t mess with them. Myself on the other had, I’d really not prefer to wake up dragging ass on a Saturday morning on my way to Southwick National! To me, I don’t think there is anything more miserable. But to answer your question, one bad night of sleep before race day doesn’t really bother the overall performance of the athlete if the rest of the week has been solid.

Hi Phil,
I appreciate your anger towards the human race as I feel similarly for sure. As a cop for 20 years, I saw some shit, most of it because of stupid person disease.

My question: What happens to factory bikes at the end of the year? Is Ken Roczen’s 2021 Factory CRF sitting somewhere? Are they destroyed?

Mr. Scott,
I appreciate your service and help protecting everyone you’re around. Thank you!! I back the blue. Unless I get a speeding ticket haha.

The factory bikes get stripped down, parted out with all the factory stuff, and built back up to stock to be sold. I would assume most factory teams do that. At JGR that’s what they did. Sometimes they would leave a few goodies on there to make it a little hype! Even championship bikes are stripped down before they are given to the riders for the most part, I believe. I’d actually be surprised if some of the championships bike even run. But maybe I’m wrong, Mr. Scott. Maybe scope out factory Honda’s dumpster and see what’s in there. I’m sure even their dumpster has some good used parts you can have!