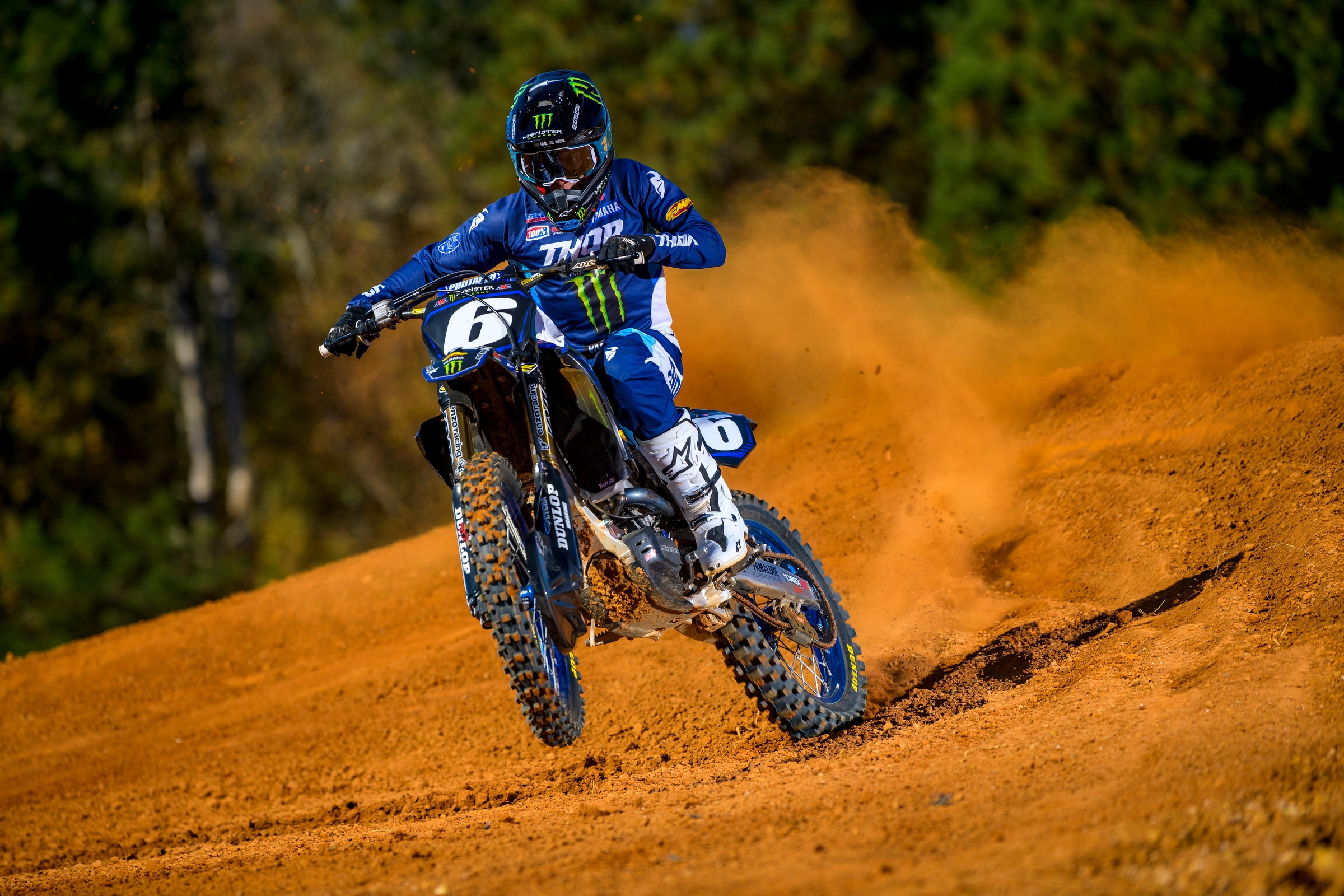 Round seven of Monster Energy AMA Supercross returns to Minneapolis, Minnesota. One of, if not the most luxurious stadiums on the calendar, U.S. Bank Stadium makes its triumphant return after a few COVID-19-induced years away. This series is simply better with Minneapolis involved. District 23 is the local AMA chapter and has produced legendary riders such as Donny Schmit, Ryan Dungey, and current heroes Jeremy and Alex Martin. For the series to miss this area of the country was a tough blow and thankfully, that’s a thing of the past. Although it’s going to be cold (putting it mildly), I am genuinely excited to head back to this venue. I will be spending as little time outside as I can, though. Sorry not sorry. Let’s take a look at the track, shall we?

The start is setup to be one of the shortest of the season. While speeds are lower (good), there is a higher chance of bar-banging as riders jockey for position. A short 180 left leads to an immediate 2-3 section but riders will likely be forced to go 1-2-2 the first time through.

A right-hand 180-degree net-reinforced corner (say that five times fast) leads into the longest rhythm section of the day. Even though it spans the length of the stadium, I expect it to be fairly straight forward. Riders will go 3-3-3-2 here. The main variable could be the ruts but otherwise, look for a uniform approach.

Up next is a 90-degree right and riders will choose to either go inside and double-single to the next inside or choose to go outside and triple. That triple would push them to the outside in the corner but would also allow for a nice momentum builder into the upcoming whoop section.

Watch for these whoops to be a “jump in, jump out” situation as the slow corner before coupled with soft Minneapolis dirt should provide a nice opportunity to make quick work of these. A short chute funnels riders into a flat left 180. That 180 will be tricky as there is a double immediately on the exit. Riders will naturally want to float more outside to have more room for the double but that would also open the door to an easy block pass just before the finish line jump. The 250’s will likely be seat-bouncing with all of their might in hopes of sticking to that inside rut while the 450’s should have an easier time staying inside.

After the finish line jump has been cleared, riders will rail around a 180 right (nets here) and into an almost identical set of whoops as two corners prior. With the 180 allowing for a bit more entry speed to be attained than the prior set, watch for these to be blitzers until deterioration sets in. That same “jump in, jump out” could certainly materialize, but I expect it to take more time for that to become the preferred line. The whoops lead into a the only standard supercross triple on this course and into an immediate 90 degree right.

The Mechanics’ Area is up next and then one last short rhythm section before heading for lap two. While this rhythm section looks like it could set up for a 2-3 or even a 3-2, I expect it to be a 2-2-1 or possibly a 1-2-2 for the 250’s. The reason is that the next flat 180 left (the first corner of the start) will favor the inside line. Riders will be best suited to single that last jump into the inside of the corner, protecting the inside as well. It sounds slow to not triple anything here but any speed lost will be recouped by hugging the inside through the next corner.

Jason Anderson led wire-to-wire last Saturday and really asserted himself as a threat for this 2022 title.

Eli Tomac may not have won A3 but another good start and another podium only furthers the narrative for the #3.

Justin Barcia looked feisty all day at A3 and backed that up with a much-needed podium. He should be firing on all cylinders as we head towards softer dirt.

Marvin Musquin looked great but a run-in with Cade Clason derailed his podium chances. I expect that form to only improve for Minneapolis.

Jett Lawrence hasn’t hit the track yet but the hype is red hot. I’m on board. Jett is the future.

Ken Roczen does not look like himself at all. In fact, I don’t think I have ever seen this version of Kenny. He looks like he has zero confidence in himself, the motorcycle, or his capabilities.

Cooper Webb is 31 points out of the lead and has to be a bit concerned. I will be watching closely to see if the change in climate, dirt, and whoops has any effect on the bottom line.

Alex Martin was just getting 2022 on track when he found himself clobbered by an unmonitored Monster Energy Star Yamaha Racing YZ40F as the 450 heats got underway. He will fight through a surgically repaired finger this weekend at his home race.

Me! I will be freezing throughout the entire weekend as temperatures are expected to be sub-zero.

Steve Matthes dons his trusted cargo shorts and sandals in the Arctic temperatures. I, on the other hand, drape myself in a bear-skin rug throughout the weekend.

Several counts of assault are levied throughout 250 heat and LCQ qualifying positions.