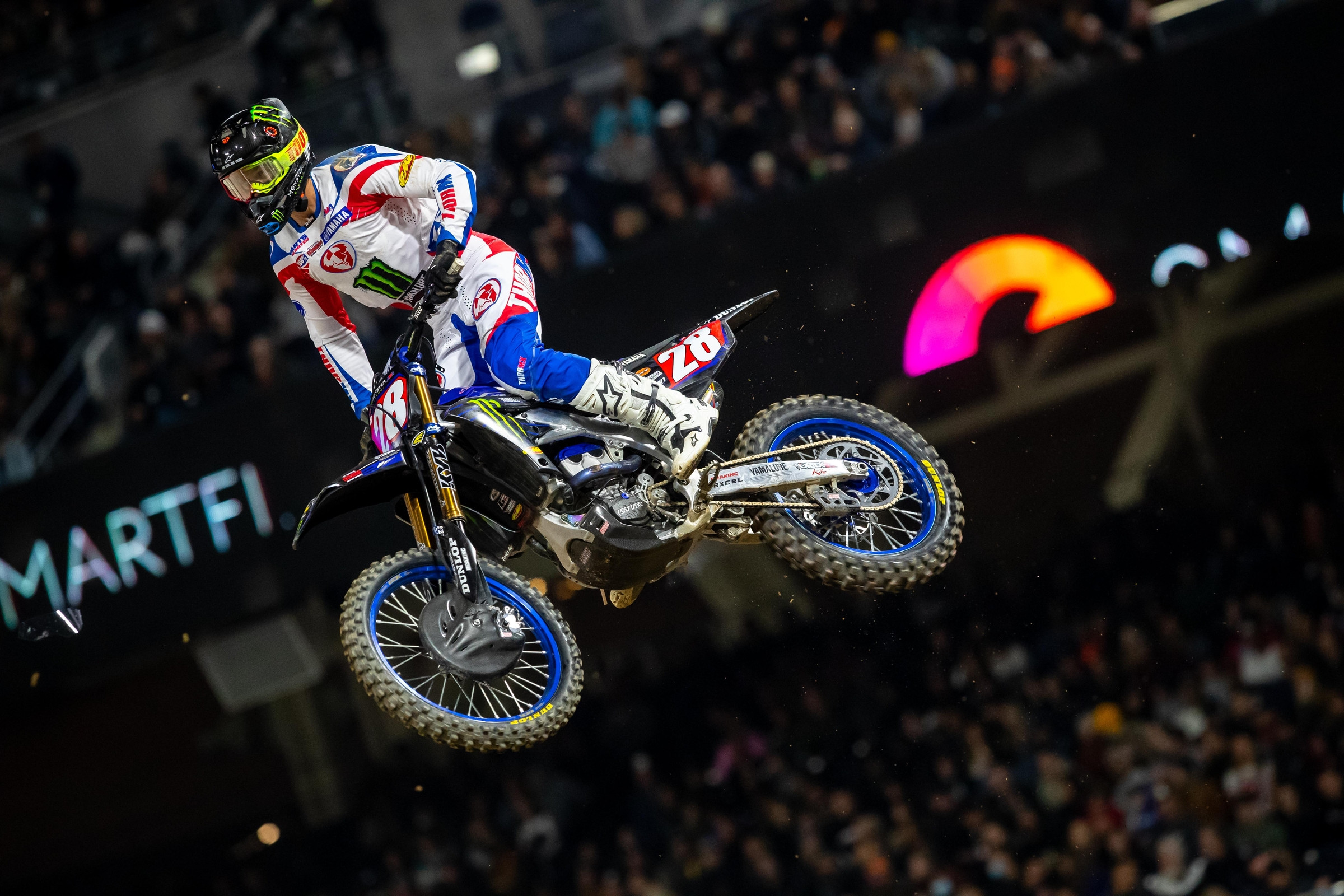 We can often get carried away in the 250SX class, where riders fall into predetermined patterns of when it’s “their year” to win. The 450 class will always be a bloodbath mashup of talent, because no one graduates, and talent doesn’t get split between two coasts. To win there, it’s always a gauntlet. In the 250s, yes, you have to be great, but timing plays a huge role. Riders are all over the map in terms of development. When it’s the year to win, you’ve got to pounce.

That’s what Christian Craig was doing in 2022. He learned tons last year running in a season-long championship chase with his Monster Energy/Star Yamaha Racing teammate Colt Nichols. It didn’t end with him on top, but it was invaluable experience that he hoped to use to get the title this year. Then Nichols went out with injuries in the first heat race of the year, eliminating a prime rival. Craig promptly won the first two races of the year with relative ease, and with a lot of the other potential title contenders making mistakes, it was sure starting to look like his year.

Racing, though, rarely makes it that easy. Bad luck and situations out of a rider’s control usually do pop up—for every Ricky Carmichael perfect season there are dozens that looked promising at first and drifted away due to the unexpected. Craig having nine perfect races? He’s good, but that’s a tall order, so the real test would come when the inevitable bad luck struck. Especially in a shorter series, one bad race looms large in the points. So when trouble came, would it be catastrophic or just a small bruise?

We got an answer quite quickly. Craig went down in that wild first-turn crash at round three in San Diego. As he picked his bike up and started looking down at his machine, it looked dire. Was his bike broken?

“First thing is panic, but it was just check my bike, make sure nothing was broken,” said Craig. “Check myself over. I slapped the ground pretty good. After that, I gave it a few laps because I saw the oil on my motor. So, I wanted to make sure nothing started smoking or anything. Once I saw my bike was good, it was all right, let’s see how far I can catch up.”

This is what provides the proof that Craig will be tough to beat for this title—more than the wins. He came from the crash (and even waiting a bit to make sure the bike was okay) to slice all the way to third. Some will point to this injury-riddled field lacking depth and thus making it easier to come from last (ish) to third, but if that’s the reality, that’s good news for Craig. You can only race those that are on the gate. He’s clearly riding well, but to know you can go from a first-turn crash to third is real and legitimate evidence that even a bad night might not end up so bad.

“Those things happen,” he said. “Crashes happen. But when you’re sitting on the ground, and I saw some oil pouring on my bike, but luckily that was another rider’s bike that was on top of mine that oil was coming from. Put my head down. I think I proved a lot of people wrong tonight, and my fitness showed. I was able to dig deep. To come from last to third, nothing to be too mad about. We’ll see. This championship is getting fun now.”

Along the way, Craig came up to SmarTop/Bullfrog Spas/MotoConcepts Honda rider Vince Friese in the battle for third. Friese is…let’s just say, difficult to pass. Especially with a podium spot on the line.

“I saw P4 and I was watching my board, and then I see Vince in third. I’m like, I know he’s going to put up a fight for this podium,” said Craig. “Why wouldn’t he? So, I made a pass in the whoops. He came back on the inside. He parked me, and literally we came to a stop. I’m like, are you going to go or what’s going on here? When I block passed him, he actually yelled in his helmet, like, ‘Hey!’ Like, ‘I’m letting you go this time. Go!’ So, I kind of laughed at that one. When you see Vince in third, I’m like, I’ve got to be smart with this one, pass him in a good spot and try to break away before he tries to do something crazy.”

Somehow Craig lost just two points out of his series lead by the end of the night, with second-ranked Hunter Lawrence finishing second to Michael Mosiman. It looked at first like he might lose the points lead and possibly have to dig himself out of a hole. Turned out okay at the end, and really, on-the-ground-to-third might have more positives than leading every lap.

“I think it’s going to worry some people about what I was able to do tonight,” he said. “I think true heart, and I dug deep. I’m dealing with some good riders, but I believe I'm one of the best in the class. We’ll see as the season plays out. It’s been fun so far.”

It’s a lot more fun when you know even bad racing luck can’t keep you off the podium. If this was one of the tests en route to a title, he passed this one.